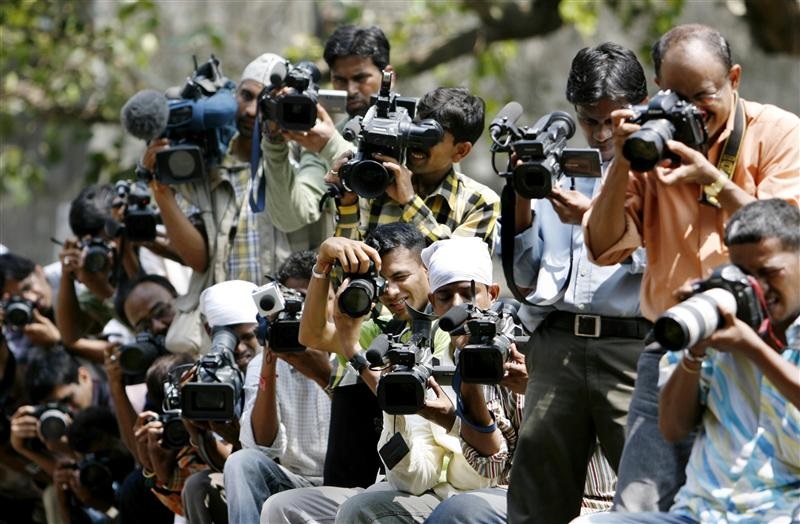 The Indian media is not free because ultimately the government controls it. It does so directly because the Indian constitution empowers the government to restrict the freedom of speech and expression to what it considers appropriate. The government also indirectly controls the press through its large advertising budget. The government can financially ruin newspapers by withholding advertising. Newspapers cannot afford to alienate the government and therefore the reporters they employ are those that are willing to bow and scrape in front of the powerful.

In a country like India with its colonial legacy and institutions, the government is powerful and controls everything. The restrictions on freedom of speech, like other restrictions that Indians suffer, originate in British rule. The Wikipedia notes in “Freedom of Speech by Country”

Freedom of speech is also restricted by Section 124A of the Indian Penal Code, 1860 which deals with sedition and makes any speech or expression which brings contempt towards government punishable by imprisonment extending from three years to life. In 1962 the Supreme Court of India held this section to be constitutionally valid in the case Kedar Nath Singh vs State of Bihar.

Those Britishers who restricted the speech of Indians did so under the rules they made in 1860. That’s 155 years ago. Those Britishers are dead but Indians continue to be ruled by them.

The more powerful the government, the more corrupt it is likely to be. Government power is exercised by people who are not immune to any of the usual human failings of greed and the lust for power. If being in the government affords people the chance to make enormous personal gains, then the most greedy and the most corrupt would seek to be in government.

The competition for government positions is intense among the most corrupt and the least principled, and this drives out people who are competent and principled. It is a downward spiral because the crooks who do make it to positions of power, will seek to enlarge that power by enlarging the government, thus increasing the scope for increased corruption, which will attract even more crooked people . . . till you have what you see in India: a kakistocracy — government by the least principled and the most corrupt.

Always pay attention to trends. In the 1950s and ’60s, the government officials (bureaucrats and politicians) were not absolutely honest but nowhere so desperately dishonest as they are now. The trend has been downward. The prime ministers in those days were not paragons of virtue but in terms of character, they were nowhere close to the sheer dishonesty of the man (I use the word “man” very loosely) who was appointed figurehead prime minister under the UPA.

The press then was not as compromised as it is today. This is to be expected because even though India is still a shockingly poor country, the economy has grown several times over the last few decades, and with it the chances and size of the looting from the public has also increased. Therefore the public has to be bamboozled into believing half-truths and even outright lies. That’s where the press steps in. It serves the government by giving it cover. Small newspapers somehow manage to retain some degree of independence but the large ones have to do as the government dictates or else .. …

By press, I mean the newspapers and TV. Radio is not included because privately operated radio stations are prohibited from carrying news and analysis. Only government owned radio channels are allowed to carry news — which essentially amounts to taxpayer funded government propaganda.

There’s a glimmer of hope in this bleak landscape: the internet. It dramatically lowered the entry barriers to public discourse. Of course, that immediately means that the government will do everything it can to throttle it. The more people have access to the internet, the more the government will suppress it. Seema Mustafa wrote, in “Blundering UPA Government, Meandering Congress” (13 June 2011) –

Unfortunately the media has become so pliant and servile that Chidambaram gets away with speech that would have created a storm of protest and walkouts by journalists even till 15 years ago.

The media has become pliant and servile. Understandably so since the government has very large sticks to beat it with and large stocks of carrots to feed it. Carrots and sticks of course are something that motivate domesticated beasts of burden, but no moral judgement should be passed on them since their response is genetically programmed by evolution. In the case of the media, however, their servility is immoral and loathsome.

Why are they loathsome

The American journalist Michael Kelly (who tragically died while reporting from Iraq in 2003) wrote a piece for his fraternity to do some introspection on way back in 1999, “The Know-Nothing Media.” He addressed it to “Fellow hacks, scribblers, on-air talent, talking heads and pundits” —

. . . may we speak about a delicate subject? To wit: Why does everyone loathe us so? Because, my little preciouses, we are so loathable.

(This was previously published as The Press as a Perfectly Loathsome Pimp on Atanu Dey on India’s Development in June 2011.)