Indian State, Hindus And the Limit of Tolerance 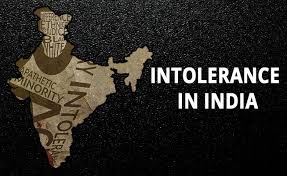 Hindu civilisation has a unique perspective about ‘Kshama’ – the dharmik concept of forgiveness – and regards it as a marker of one’s strong, righteous and lustrous character. Forgiveness to all those who plead is considered as a just indicator of forgiver’s powerful and noble stature. One of the noble acts of a Kshatriya in the battlefield is forgiving the enemy, whenever the enemy pleads. Most of our civilisational heroes have often enriched this social value and have strengthened its foundations as a necessary balance between power and responsibility.

But despite all the nobility of forgiveness, there has always been a thin line between its virtuousness and its feebleness. This is no mystery that universal discrepancies have always considered forgiveness to be the forte of strength, forgiveness by a weak and incapable person is seldom esteemed as any high act rather just his acceptance of frailty. Our civilisation too, like all others, appraise the forgiver as strong and confident only when the act of forgiveness comprise drinking the poison of tolerance.

The poison of tolerance is harder to swallow than the beverage of pain. Pain, in one form or the other, is largely inescapable and doesn’t care for choices but tolerance does. Tolerance can only be chosen and unlike pain it suits on only few. One who is weak, incapable has few options but to tolerate and hence it becomes less of tolerance and more of adaption. But for one who is strong, capable of bringing change, tolerance – just like forgiveness – becomes a great and noble act because of its hard restraint.

And, as like most other things in the world, tolerance too has a limit. Beyond that limit, tolerance again becomes an indicator of weakness and cowardice. Nothing makes the distinction more pellucid than the great Mahabharata. Restraint by fierce warriors like Gangaputra Bhishma, Dronacharya, by lightened minds like Kripacharya, Vidur and by the King Dhritarashtra himself in face of Duryodhan’s limitless wickedness was seen as nothing but unjustness and weakness. And though years of restraint by Pandavas was seen as their strength, it was too not beyond limits. Pandavas are an example that even the most confident, strong and noble of men will tolerate up to only a certain extent. Even Yudhishthira – the Dharmaraj who believed forgiveness to be the noblest of deed – had limits, beyond which he couldn’t restraint himself or his less tolerant brothers Bhima and Arjuna.

Understanding this is as much significant in our modern times as it was back then. Though the outer moulding of our nation has substantially changed, our land, culture and civilisation remains the same. And along with it, the challenges remain the same too, albeit in a different form. Drawing hypothetic parallels between Mahabharata times and present India may seem absurd to some people but careful observations would leave them aghast and amazed at the same time.

The blind Dhritarashtra of today’s times is the secular Indian state, who despite being capable remains unwilling to side with justice and continuous with its favoured discrimination. Contrary to helping the hapless side, Indian state and its major establishments, just like Dhritarashtra, indulges in excessive appeasements of its dearer side and submits accordingly to bullying. Despite being all powerful, the state appears like a hopeless chained entity craving for someone else to somehow right the wrongs but not determined enough to do so itself. Ever since the independence from the British rule, our Indian state has lost both of its eyes of justice and virtuousness to the blind darkness of passive-discrimination and enfeebled social view, which resulted in displacement of light – the same light of strength, values and resistance which was crucial for dharmik life. What else – other than the state’s deliberate blindness – explains the discrimination between Hindu Temples and other minority religious institutions or discrimination by police in dealings with Hindu-Jain shops and Halal industry?

The silent spectator warriors – Bhishma and Dronacharya – of today’s India are the nationalist political leaders who are capable, powerful and even willing enough to bring an end to this discrimination but are bound by some not-so-powerful but significant caveats. Bhishma was surely capable enough to end every unjustness but the fear of smear which comes with breaking norms prevented him from doing so. Today’s political leadership is very much the same, undoubtedly able enough to end the state discrimination but not brave enough to sustain the smear of surpassing caveats. The fear of being labelled as Fascists does actually prevent leaders from ending the discriminatory provisions in establishment through constitutional amendments. When a government – often portrayed by thick bold brush as ‘Hindu nationalist’ – meekly acts on Tablighi Jamaat having a sheep herd picnic in national capital’s backyard, but gleefully cracks down on responsible citizens criticising the Jamaat on social media; it shows nothing but government’s servitude to those caveats.

The lightened mind – Kripacharya – of our times are intellectuals and mainstream media personals who silently overlook the misery and pretends to ignore the unjustness. Though, as like Vidur, there are some media houses who most for time fearlessly raise their voice, but they are just very few and can’t shake the blind love of state for inequality. And the Pandavas of today’s Bharat – those who are being discriminated – are people of majority community, the Hindus. Despite being generous, just and of course tolerant, Hindus have been subjected to state discrimination for years now.

Multiple instances, as clear as a crystal, being felt in this last few months alone have splashed lights on continuous discrimination in favour of a certain minority over majority. Latest being the Jharkhand’s Jamshedpur incident, when Police – the law enforcement agency of our Indian state – booked a group of fruit sellers belonging to the Hindu community for writing ‘Hindu’ on their stalls. The fruit-sellers had put up banners in front of their stalls which read in ‘fruit shop approved by the Vishwa Hindu Parishad’ in Hindi with photographs of Lord Shiva and Lord Ram. After a twitter complaint by one Ahsan Razi, Jharkhand police reached the site and got the banners removed.

Despite being subjected to fierce online backlash, the patrollers were back to their job of discrimination in just few days when they booked a Jain bakery shop owner in Chennai for merely choosing whom to employ. Normally the police are kind enough not to arrest people on their choice of employment, but normality ends when the complainer belongs to a certain minority community. Our country has two sets of normality depending on solely on the community. Unwritten and hidden rules dictate that complaint by a certain minority group shall always be taken in high regards by our country’s establishment.

The same police and the same system wouldn’t even flinch at the entire system of Halal economics operated by minority Muslim community. Halal food labels, which can be given only by Muslims to only Muslims, is cherished and promoted by the same system. This rampant and open state discrimination is just the tip of the iceberg.

But just as it was with Pandavas in Mahabharata, Hindus of today’s India are slowly starting to question this deliberate inequality. And as with every other thing tolerance too has a limit. If this systemic discrimination and double standards continues unchecked, then it will surely add to the displeasure of majority community. No sustainable society can be built upon the foundations of unequal treatment and passive discrimination, as some day, in one form of the other, the limit of tolerance will surely exert itself.

Featured Image: My Views My Drishti