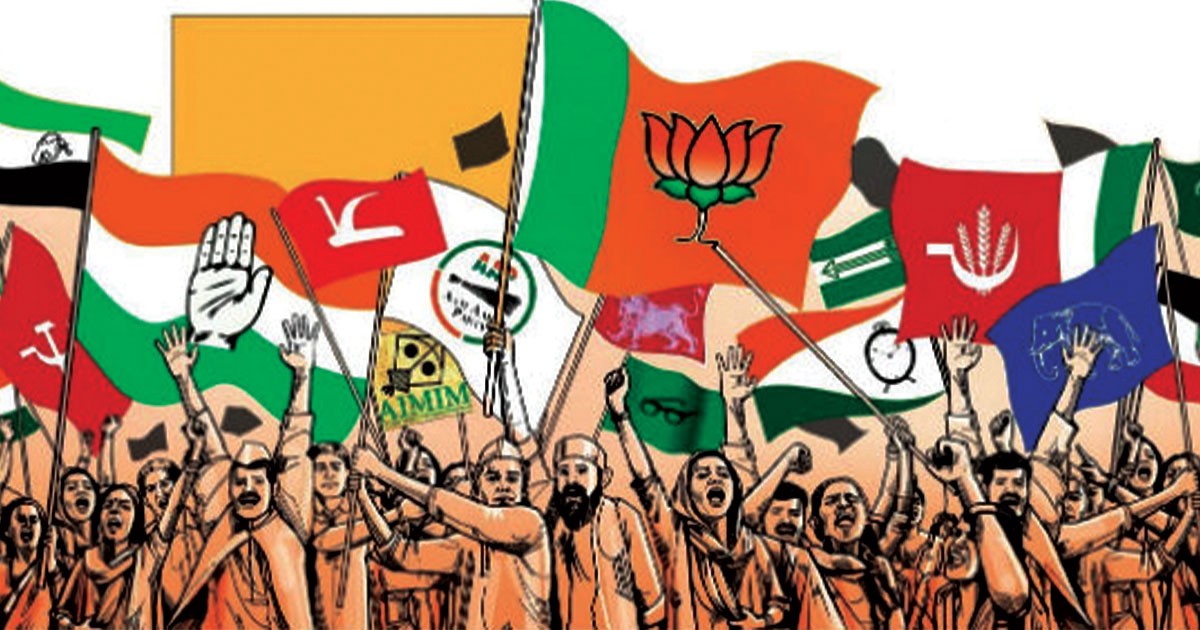 During the last few months before the virulent pandemic changed the world’s basic parameters, India saw a long period of sustained guerrilla warfare, waged by forces that are determined to destroy our Indic culture and civilisation. This is not mere salon talk, I assure you, but a hard fact that this writer has been analysing and assessing for nearly two decades. Fortunately, I have had some splendid company during this period, as we took on the toxic forces in this no-holds barred war.

While conceptualising this essay, I was reminded about the basic physics that we learnt in the final years of our schooling. In the Senior Cambridge class of my last school, St. Columba’s in Delhi, we had a remarkable physics teacher, Mr. Das Gupta, who opened our eyes to the world of science in a unique manner. While not unwilling to use the cane occasionally with recalcitrant classmates, he took us in a journey to a new world. One of the areas of physics we had to study, albeit in an introductory manner, was that of strength of metals. While basically recalling those months of learning elementary physics in 1960, I was also struck by the fact that some of it is very relevant to the study of society and socio-political structures.

The Brinell scale  measures the indentation hardness of materials through the scale of penetration of an indenter, loaded on a material test-piece. It is one of several definitions of hardness in materials science. Proposed by a Swedish engineer, Johan August Brinell in 1900, it was the first widely-used and standardised hardness test in engineering and metallurgy. Some materials break very sharply, in what is called a brittle failure. Others, which are more ductile, including most metals, experience some plastic deformation before fracture. We now have a sufficient overview of basic physics and engineering that we can relate to, as we return to socio-political analysis.

In a recent essay in another journal, I have had occasion to analyse the various factors that contribute to a country’s military strength. As I said in this study, “socially-stable democratic countries with low levels of civil-military friction, and high levels of human capital, should be soldier-for-soldier, rupee-for-rupee more militarily powerful than states that lack these characteristics. The potential implications of these findings are immense, not only for the study of military power, but for the entire field of international relations: if political and social factors decisively shape the creation of military power, then the large number of academic theories and policy assessments based on materialist conceptions of military power may be seriously flawed.”   (https://indiafoundation.in/wp-content/uploads/2020/03/Jay-Bhattacharjee-1.pdf)

The above theoretical framework, logically, is also relevant for national security. A country’s national security framework is critically affected by socio-political stability. The more one  rocks the social boat, the more one undermines its basic defence capabilities. In this segment of the essay, we will look at the various ways in which India’s body-politic is sought to be made dysfunctional by our sworn enemies. We will look at the individual forces that are in play in this deadly scenario, without ranking them in terms of their potency or effectiveness.

The first group comprises the colonial flunkeys who were left behind by the departing British in 1947.These kala Angrez were implanted in the civil service, senior judiciary, military, the corporate sector, the press, not to mention the grand old party, the Indian National Congress (the Congress). Over the decades, these people departed to their imperial resting grounds, but not before they had impregnated their juniors with their deadly Bacilli.

For 70 odd years, the Anglo-Saxon virus flourished among this lot, infected the rest of society, but not the original bearers, since they had already developed the necessary immunity. I must also clarify that the successors of the kala Angrez soon transferred their loyalties to the cousins of the British across the Atlantic, the Americans (or Uncle Sam), once Pax Britannica had faded away. For the record, it must be emphasised that Pax Americana was (and is) hardly more empathetic to our ancient Vedic civilisation and culture than the old white imperialists. This, too, will draw howls of protests from some members of the nationalist forces but truth must be defended.

Then, we have to look at the residual devotees of Stalin, Mao and company. The CPI, despite its original revolutionary flavour, had degenerated into a neo – Stalinist oligarchy by the beginning of the 1940s. Whatever little credibility it had was dissipated by its collaboration with the British and its opposition to Netaji / INA during the war years. By the late 1940s, it had become a poodle of the Congress and Nehru. In the eyes of this writer, the intellectual convulsions among the desi Reds and the numerous splits (CPI, CPM et al) that the movement went through are theoretical bagatelles. The only segment of the Indian left movement for whom I have some respect are the Naxalites. Before saffron elements start screaming for my blood, let me clarify. The Naxalites were indeed insurrectionists, but they were not financially and intellectually dishonest. They did not enrich themselves or their biradaris / families.

Now, we must come to the most sensitive issue in the dictionary of India’s political discourse – the presence in post-independent India of the remnants of the Islamic Sultanate. This is the most corrosive of the various strands that we inherited on the 15th August 1947. The only rival it has is the current transmogrified version of the Nehru family under Mrs. Sonia Maino Gandhi. Although nominally rivals, these two strands are natural allies and very often work together seamlessly. Their basic enemy is  Indic culture and civilisation that dates back 5000 years or so. Any political force that embodies Indic culture or is even slightly sympathetic to it, constitutes a mortal enemy for these two allies.

On the face of it, it sounds bizarre to equate a political force comprising nearly 200 million people and a single family, admittedly with the most potent genes, that of the Nehru-Gandhi clan. The common strand of these two elements is Vitamin M, with which both them are very well equipped. The Maino-Gandhis have the lucre of the Indian National Congress, accumulated over 70 years, at their disposal. The  residual Sultanate has the resources of international Islam and the physical support of Pakistan, its ISI et al.

If we now think about the recent issues that have paralysed the nation for long periods, it will be obvious how the above forces have tested each of the sinews of the Indian Republic till almost breaking point. The anti-CAA tamasha, Shaheen Bagh, JNU and Jamia events in the last 6 months are classic and text-book examples of the strategies adopted by the forces I have described earlier. The elementary principles of physics and mechanical engineering outlined at the beginning of this essay clearly help us to understand how socio-political forces work.