India’s List of Untouchables: Getting Pruned Slowly but Surely in Recent Days 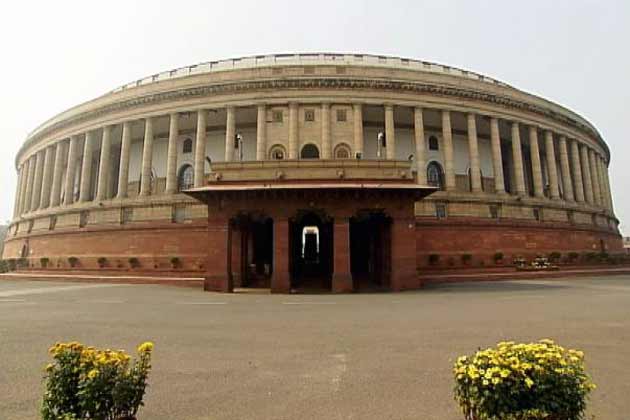 Some very important developments in the last few weeks have prompted me to think that the Indian list of untouchables and untouchabilities may be getting pruned after all these decades. Indeed, there springs a faint hope in my mind and in the minds of friends and acquaintances who share my world-view, that the list may well be seeing its last days.

Before my readers get flummoxed and think that I am venturing into the old minefields of Hindoo untouchability, Harijans et al, that are the perennial favourites of Gandhians, secularists, and their rag-tag bands of followers, let me clarify what I mean and what I propose to study in this essay.

The list of India’s untouchables that I have in mind comprises the players, actors and institutions that have placed themselves above all scrutiny, accountability, responsibility and questioning in the last 70 odd years. This lot has merrily pranced around the Indian socio-political, administrative and judicial landscape without a care about ethics, morality, principles and such trifles. Their entire stance has been one of shamelessly flaunting the lèse-majesté principle that the 800 years of Muslim / Mughal / British rule had implanted in their psyches.

I use this concept not in the context of royalty, which was the backdrop in earlier centuries. The current scenario is one where there is an implied or explicit affront to dignity or importance or status. Indeed, in many cases, these “untouchables” operated on the notion that they were a group of persons and organisations that could not be slighted by any insolent or critical behaviour because deference was their natural due. Underlying all this is the insufferable sense of entitlement and privilege that these people claimed as their divine right. This abominable state of affairs was almost institutionalised till May 2014, when the Indian Republic underwent a semi-seismic change.

Thereafter, until recently, the new kids on the block in Raisina Hill were quite diffident and hesitant about tackling the untouchables. Inexperience and unnecessary caution were partly responsible. Equally important was the enormously resilient defence structures that the oligarchs had built around themselves and their citadels in the last seven decades.

Add to this deadly cocktail the humongous resources, both financial and other varieties, that these people had amassed till 2014 and even thereafter. This is because capital and resources like networks and safety nets keep on multiplying silently and relentlessly, even when they are hibernating. Consequently, NDA 2 from 2014 to 2019 was hardly able to dent the citadel walls surrounding the untouchables. It was left to NDA 3, the current regime, to do something tangible and lasting. That started a few weeks ago with the Triple Talaq legislation and has now been taken forward with the mothballing of Articles 370 and 35A on the 5th August.

At this stage, I should list the untouchables, so that our discussion gets more focused. The following forces and groups comprise the cabal, and are mentioned here not in any order of priority / damage-inflicting capability : the Gandhi-Nehru-Gandhi family, the Congress Party, the Muslim religious establishment (ranging from the Jama Masjid supremo, the Deoband seminary and similar theological bodies, to the Muslim clergy at all levels), the Christian churches of all varieties, the English media (print and electronic), segments of the vernacular media, the bureaucracy (from the Cabinet Secretary of the Union Government to the smallest tehsildar in the remotest district), the legal fraternity and the justice-delivery system from the Supreme Court to the lowest court, the political “fraternity” spanning all established political parties, including the saffron ones, large farmers, traders and the corporate sector, the academic fraternity and the professional cadres.

Each of these above elements in the Indian socio-political framework has contributed to the creation of the unholy mess that we are in currently. In social studies, they constitute pressure groups / interest groups which are similar to, but by no means identical to, classes in Marxian methodology.

In December 2018, I had spelt out the plans, programmes and policies that the BJP-led alliance should project before the country’s electorate for the 2019 elections. This was my prescribed wish-list:
(1) Better governance, including bureaucratic and political accountability;

(2) Meaningful judicial accountability, particularly in the case of the Supreme Court and the High Courts;

(3) bringing in an iron-fisted approach to corporate offences, economic and business crimes;

(4) turbocharging the economy, with special emphasis on employment generation;

(5) looking after our Armed Forces, defence and national security, and making sure the babus do not downgrade and demean the nation’s sword-arm;

(6) Preserving, promoting and defending India’s civilisational and cultural heritage, leading eventually to a national renaissance, and

The resounding electoral success of the BJP-NDA alliance in the general elections in May 2019 can be partially attributed to the electoral agenda they offered to the voters. This agenda may not have fully replicated the recommendations made above but there were a number of commonalities. Now, let us come to the delivery of the promises to the country and its people after the new government assumed office on the 30th May.

On Item 2, judicial accountability, there has been no initiative at all. The higher judiciary is as protected as it ever was. In the case of economic crimes, the scenario is as dismal as ever. In the case of Item 3, major corporate crimes and shenanigans are still unravelling much too frequently and the framework for punishing the guilty and providing redress to the victims of such acts continues to be most ineffective and dysfunctional.

The new government has indeed initiated some steps against serious offences by the Gandhi family and the Congress party bigwigs. In these cases (as in the National Herald affair), as well as in other egregious corporate crimes, there are too many conflicting legislations and instances of overlapping of regulators. I would give the new regime the benefit of doubt and hope that the leaders are applying their minds to these issues.

The same is true of items 4 and 7, and here too, one hopes that there is suitable reflection and planning.

It is in the case of Items 5 and 6 that we have seen remarkable action in the last few weeks. The much-needed repealing of Articles 370 and 35A was carried out with clinical precision and efficiency. In one swoop, the entire Nehruvian paraphernalia was demolished and the charade of one-country, two-Constitutions consigned to the dustbin of history. There is no question here that the concept of an overriding Indian nationhood triumphed over the notion of a truncated India conjured up by the Gandhi-Nehru cabal.

Earlier, the Triple Talaq law was also passed in both Houses of Parliament and given Presidential assent. This again was a landmark move in many areas of Indian life – gender equality, basic civil liberties and the primacy of civic law over religious dogma. This move took on a number of untouchable groups in one go – the so-called secularists in the Lutyens Brigade / the Khan Market gang, the Muslim clergy and the aggressive group of Muslims who claim a separate cultural heritage and who advocate a Pan-Muslim loyalty.

This brings us back to where we started. The untouchables are indeed under siege. They are seeing the writing on the wall and about time too. For much too long, they have got away with major crimes that would have landed them in serious straits in any civilized country. The inimitable John Kenneth Galbraith whose stint in India during the sunset period of Nehru’s rule brought him into close contact with the Gandhi-Nehru-Gandhi coterie and the untouchables was always fond of saying that the political elite made their living by choosing between the disastrous and the unpalatable. India made two wise decisions in 2014 and 2019 – now, hopefully, the people of this ancient civilization will not have to make Galbraith’s choice in the future.