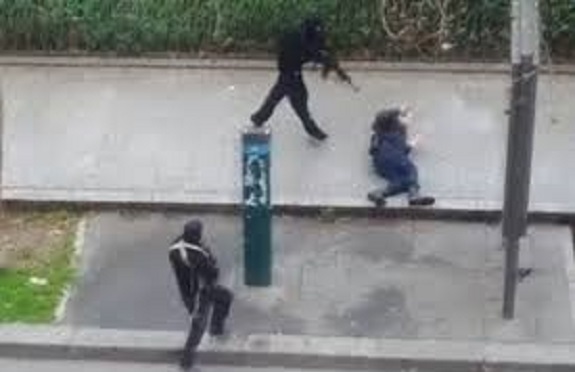 The doublespeak of India’s intellectuals on, among other things, freedom of expression is sickening. When the Hindu groups are involved, the guardians of public discourse cry themselves hoarse, quote John Stuart Mill and Voltaire, and demand that the rule of law be upheld. But when the culprits are Muslim terrorist and fundamentalists, our intellectuals prevaricate, equivocate, and bullshit. Unsurprisingly, Congress leader Mani Shankar Aiyar took the cake in his reaction to the shocking attack in Paris at the office of the French magazine Charlie Hebdo.

Aiyar told Times Now: “We have to admit that ever since there has been a war on terror after 9/11, many innocent Muslims have lost their lives. This is what America did in Iraq and Afghanistan. It is, therefore, only to be expected that there will be a backlash. Countries like America can’t do what they want just because they are powerful. Why should just powerful countries act this way? Why should those who are less powerful not respond? Powerless people will find powerless means of responding, when there are drone attacks.”

Quite apart from its rabid anti-Americanism, the statement tends to swap the villains with victims: the cold-blooded murderers become “powerless” sufferers, and the slain journalists are dubbed as the tools of the “powerful” (read Americans). That Charlie Hebdo is a Leftwing magazine that also lampoons Christianity and Judaism is a fact that is of no relevance to Aiyar; that the assassins don’t seem to be the victims is drone attacks is ignored, as also is the fact that the concept of jihad is becoming popular among Muslims. Further, Aiyar has all the sympathies for the fact that “many innocent Muslims have lost their lives,” but refuses to sympathize with the many innocent non-Muslims lives that have been lost. Also notice how disingenuously Aiyar has bestowed the semblance of legitimacy on the supremacist ideology of jihad—by portraying its cruelty as an anti-imperialist struggle.

Other intellectuals are not as shameless as Aiyar—few human beings can ever be—but still are in agreement with the jihadists on the issue of criticism of Islam. T.K. Arun, editor (opinion), The Economic Times, is a case in point. “The killing of cartoonists and others at Charlie Hebdo deserves unqualified condemnation,” he wrote. But then he went on to assert that the cartoonists “deserved to face the legal consequences of their misuse of freedom. But nobody had any business to kill them. The consequences of crossing the limits of freedom of speech should be punishment according to the law, not lawless violence.”

But what do you do if there is no “punishment according to the law,” as is the case of France? Should the legislators of France bury the ideas and ideals of Voltaire, Sartre, and Camus, and learn from Indian politicians who have shrunk the freedom of expression beyond recognition? Chances are that the French politicians are much more mature and upright than our political masters, as evident from their reaction. So, how to ensure punishment for “crossing the limits of freedom of speech”? And what, pray, are the limits? Who decides them? By what methodology, using which standards?

[pullquote]Millions of Hindus, Sikhs, Buddhists, and Jews live in several countries as minority groups, so why is that any of them rarely have any problems with the host country that the Muslims always have?[/pullquote]

Arun has no answers to these questions because they call for some knowledge of philosophy and a deeper understanding of history, and like most intellectuals he is shallow. So, he can just blabber: “Charlie Hebdo’s cartoons were reprehensible. Not just because they were in bad taste but primarily because they violated the essence of a cartoon. A cartoon questions and ridicules authority.” Wrong, a cartoon essentially brings the inconsistent, incongruent, the ludicrous, and the bizarre to the fore; it need not always be a rebel; it has functions more than rebellion.

He talks about the “xenophobia against a subaltern minority.” Merriam-Webster describes ‘xenophobia’ as ‘fear or hatred of strangers or foreigners.” Arun does not explain why the supposed xenophobia in France and other countries crops up only vis-à-vis the Muslims. Millions of Hindus, Sikhs, Buddhists, and Jews live in several countries as minority groups, so why is that any of them rarely have any problems with the host country that the Muslims always have? Fact is that almost all intellectuals, be it the brazen Aiyar or shallow Arun, end up providing some sort of justification to jihad. The good thing is that they are fast getting discredited.