Invading the Sacred Cremation Ground: Western Media’s Coverage of the Pandemic in India 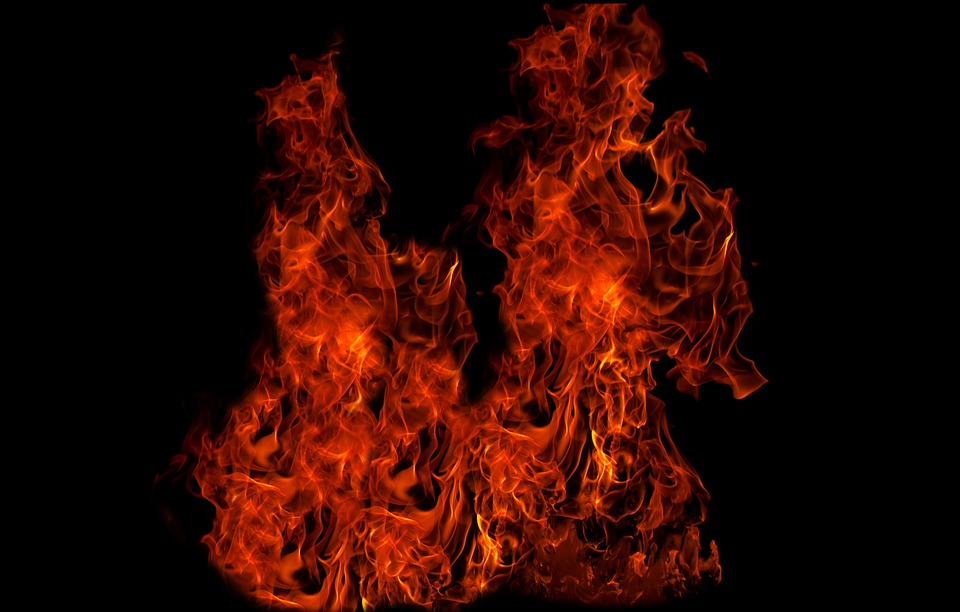 Barely four years ago, CNN drew backlash from the Hindu community when Reza Aslan exoticized the Aghori sadhus and their life in Hindu cremation grounds in his show “Believer”. Angered by this, millions of Hindus signed petitions to make CNN retract the show and for Aslan to apologize for trivializing and mocking millennia-old, profound traditions with a “Indiana Jones and the Temple of Doom” lens.1

Derision of cremation stems from Christianity, which has enforced a ban on cremation since the ninth century CE. Charlemagne made cremation a capital offense and reserved it only for heretics.2  Recently, however, cremation is fast becoming the default choice and is expected to touch 80 percent in the US by 2035 making yet another good idea from Hindu culture a western norm 3.

Western Indologists and media have openly or subtly mocked or exoticized Hindu cremation traditions often. Documentaries about Hinduism and Varanasi have zoomed in on funeral processions and burning pyres. In the National Geographic documentary “Story of God”, Morgan Freeman becomes a voyeur of a funeral procession and even requests permission to see a cremation, which is thankfully refused to him.

Deracinated Indian media loyally follow their western peers in amplifying this message and thus create a sense of disgust even among devout Hindus. (In fact, amateur Indian photographers have been discovered to be selling cremation ground photos on the internet)

Hence, many of us Indians who lived far from Varanasi thus grew up hearing gruesome descriptions of corpses and pyres on Manikarnika ghat and the Ganga. Thankfully, the disgust that this created was countered by elders whose lifetime wish was to make the Kashi Yatra.

In the recent and repeated use of visuals of Indian cremation grounds, the media is hitting a new low. Just as Covid-19 is devouring thousands of people like a vulture, drone-powered photojournalists are happy to zoom in to these heart-wrenching scenes in excruciating detail, without a thought that it is an intrusion into a private happening in the lives of grieving Hindus. TIME magazine has chosen to put a burning cremation ground with a group bringing in a dead family member on its cover — something that will be seen by millions. The greatest irony is when the Vatican Times reports on the death of 14 Catholic priests by using a cover image of fire raging in a Delhi cremation ground instead of a verdant cemetery with polished coffins4.

As every Hindu knows, the cremation, even in normal times, is a highly emotional and also a religiously charged moment. Fire, for Hindus, is the great purifier. Fire also severs the jeeva from the body so it can move ahead on its journey. The cremation is preceded and followed by antyeshti rituals that are profound — from asking for forgiveness for the jeeva from any paapas to seeking blessings from ancestors and gods. The family members put aside their grief and perform these rituals for the sake of the departed jeeva. They pray for the sadgati — the good path for the jeeva.

It is clear that these reporters have neither any reverence for ancient Hindu traditions nor do they have any concern for the mental health of Indians.

Can they be clueless about the impact of this horrific coverage ad nauseum on televisions, and in print and social media on Indians, especially at this vulnerable time? Can they not imagine the horror that children would feel viewing such imagery on social media? Can they not visualize the despair that the elderly and sick would feel stumbling on televised videos or the new TIME magazine cover?

Note: Just as I was writing this article, I saw a timely, well-written letter from the several medical and mental health professionals5 from the National Medical Commission, NIMHANs, AIIMS, and the Indian Psychiatric society warning that “…a steep price has to be paid for such coverage” in terms of mental health, especially when the lockdown forces people to spend more time watching television or on social media where repeated views of such photos is certain.

Furthermore, such visuals are passed around rapidly in the West thus creating an impression that the situation is utterly hopeless in India. Attention-deficit social media consumers and Hinduphobes will interpret these photos to be the whole, unassailable truth. For example, an Indian American teen commented on Instagram that this is the end of India.

In addition, such imagery continues to fan Western disgust towards Hindu religious practices — a disgust already entrenched due to the relentless caste, cow, sati narratives. There may be those who will get a sadistic pleasure at a former colony of brown pagans going through what they view as hellfire.

Exaggerating the Negatives, Obfuscating the Positives

In addition to this macabre reporting, there is no or little mention of the fact that, even with this horrific second wave, India’s infections and deaths as a percentage of its population are still far below most western countries. It is easy to forget that the pandemic whiplashed its way in the West in 2020 and the public health systems of these countries struggled too. And it is easier to forget that India has roughly four times the population of the US with only a tenth of its GDP, and about one-third the geographic size. 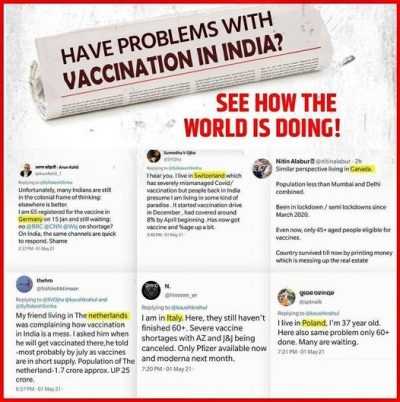 The Indian-made and manufactured vaccines are a huge competitive threat to the powerful pharma lobby. In addition to missing out on the massive Indian customer base, Indian donations via the VaccineMaitri initiative as well as exports of medicines are making a major dent in the revenue projections of western Big Pharma.

Apart from the economic angle, the rise of Indian nationalism and a “Hindu” government is considered a big threat to the expansion of both Judeo-Christian universalism, aggressive Islamism, and a reemergent socialism.

Last year, there was coverage in the US on mobile morgues and packed funeral homes; however, such gory imagery was never used. Such macabre images seem to be saved only for countries like India and African countries. For example, in 2019, Kenyan citizens demanded that The New York Times retract gory images of bombing victims in Nairobi that they felt was a sign of disrespect.6

Hindus especially are always held to a different standard — our traditions are poked, prodded, desecrated, mocked, and demonized. In the name of modernity or rights, media and academia deem it perfectly noble to “invade our sacred” — to use the title of a book that pointed out this vile practice over a decade ago 7

We have a role in fighting this relentless exoticization of Hindu traditions. We have a right to practice these profound traditions without critical or mocking voyeurs. We have a responsibility to keep them alive for the future.

Deepa Bhaskaran Salem is an Advaita Vedanta student and blogger/storyteller. She speaks and writes on Hindu parenting. She is a content and product marketer by profession, peddling technology products and services.