Is the fake narrative of Hindu terror meant to whitewash Islamic terror? 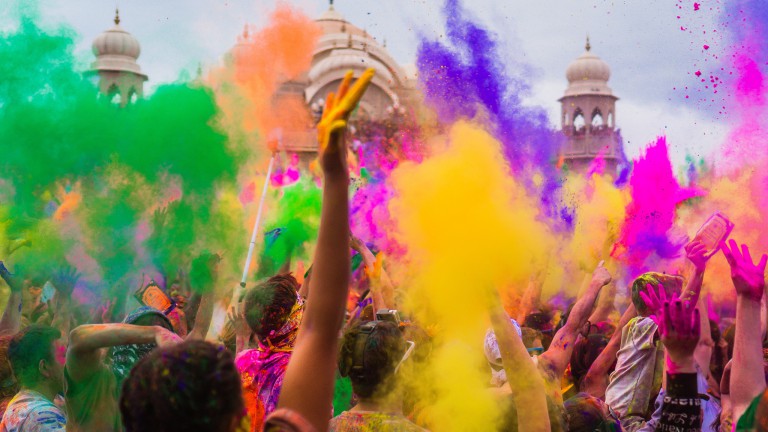 I remember the autumn of 2008 painfully well. Only a few years earlier I had started to follow politics more closely and had subscribed to the Times of India. Several bomb blasts had happened in different Indian cities over the recent years which had claimed many fatalities. The suspected perpetrators were affiliated to Islamic organizations. Intelligence inputs from US pointed into the same direction.

Then in 2008 surprisingly, headlines of ‘Hindu terror’ or ‘saffron terror’ frequently showed up in the newspaper. These terms were used with ease by politicians and journalists who had never used ‘Islamic‘ or ‘green terror’. Hindus had been arrested, one Col. Purohit, one Sadhvi Pragya Thakur, one Swami Aseemanand and several others.

I was sure that there was no Hindu terror. There cannot be Hindu terror because Hinduism is based on Dharma, and Dharma means to do the right thing in a given situation. One’s conscience is the guide, and if one is not sure about what is the right thing, one can resort to a guru or scriptures. Yet one thing is clear: It is never right to kill common people at a railway station or in a market or in a cafe. Under no circumstances. Nobody in his right mind would do such a thing. Dharma simply does not allow it. Dharma may allow killing a cruel despot. Udham Singh surely felt justified, when he killed Lt. Governor O’Dwyer, who had approved of the Jallianwalla Bhag massacre in 1919, where thousands of Indians were shot dead in cold blood. But killing unknown people who go about their lives peacefully is against the inner voice in any human being. It’s against Dharma which is the backbone of Hinduism

So how did Hindu terror come into the picture? Well, it was forcefully planted into the picture and those who did it were well aware that they perpetrated a massive fraud. A movie couldn’t have had a more sinister plot. A former insider of the Home Ministry from 2006 to 2010, Sri RVS Mani, disclosed in his book “Hindu terror” how he was called to the office of the Home Minister (at that time Shivraj Patel) where Digvijaya Singh, a prominent Congress leader and Hemant Karkare, chief of the Anti-Terrorist Squad in Mumbai, questioned him regarding investigations into recent bomb blasts. They didn’t like his conclusion that Islamic organizations were involved, and from then on the narrative changed: in Malegaon, Hyderabad and Samjhauta train blasts, Hindus were accused to be the perpetrators and Muslim youths who had earlier been credibly linked to the blasts through witness accounts, even narco-analysis and intelligence inputs, were let off.

What could have been the reason? It probably can be safely assumed that it was meant to balance the negative image that Pakistan and Islam were getting due to ‘terrorism’. Hinduism and India were meant to look as bad if not worse, and the nefarious strategy had almost succeeded. Imagine, if an attack on the famous Taj Hotel in Mumbai, where the rich and powerful of the world lodge, together with other well-known venues, like the Leopold Café or the train station with hundreds of victims is successfully blamed on Hindus, the link between Islam and terror which, though usually denied, is widely suspected, would have snapped.

Everything seemed to go well for the conspirators. While the Mumbai terror attack of 26/11 in 2008 was still on-going, comments on the net had already started blaming Hindus. I followed it on my laptop and was pained at this massive conspiracy. But then something went wrong or rather right. The brave constable Tukaram Omble sacrificed his life for catching one of the attackers alive. The chances that this could happen were close to nil. But now there was one alive. His name was Kasab and he was a Muslim from Pakistan.

Yet the attempts to link Hinduism to terror were not given up. In December 2010, in spite of all the evidence to the contrary, a book titled “26/11 – RSS ki saajish? (RSS conspiracy?)” was released by none other than Digvijaya Singh. And Rahul Gandhi, who was projected as the future Prime Minister of India, told the US ambassador Timothy Roemer, as Wikileaks disclosed, ‘Hindu extremists pose a greater threat to India than Muslim militants.’

‘All religions have extremists’, continues being peddled and it sounds credible. But committing acts of terror needs a motive. Islam provides a motive because the Quran not only divides humanity into two – into believers and unbelievers -, but also encourages in many verses fighting against unbelievers in the name of Allah. Quran 2.216 says, “Fighting is prescribed for you and you may dislike it.” It exhorts believers to follow the doctrine over their own wish or conscience. What are they meant to fight for? The goal is an Islamic state, which covers the whole world, as all other beliefs are seen as false.

A pious Muslim is meant to believe that Allah hates disbelievers, that he sends them to eternal hellfire and won’t have any mercy with them as they are the worst of all creatures (Q 98.6). To kill an unbeliever is therefore not a sin nor is it one to rape their women. Such ideology goes by the name of religion, is protected under the right to religious freedom, taught in schools, openly propagated on the internet by maulvis, and living by it is said to land you in paradise… Can anyone believe this?

The amazing thing is that people do believe it, not only those who have been indoctrinated from childhood but even converts, for example Khalid Masood, former Adrian Elms, who drove a SUV into people on Westminster Bridge on 22nd March 2017, killing five persons. He used to be very violent, and had read the Quran during one of his prison stints. Before the attack he had told his children that he was going to die fighting for God. Did he want to believe that he will get paradise for killing unbelievers in jihad, as promised in the Quran (Q 4.95/96)?

Criminals, too, are human. They, too, don’t want to burn for all eternity in hell. Both Islam and the Church predict this terrifying future for those who are not good Christians or good Muslims (and for all unbelievers who are however not bothered because they don’t believe it). Criminals know that they don’t live a good life, and even if they are not very religious, the doubt “what if the clergy is right” may trouble many. So imagine, someone tells them that there is a sure way to land in paradise and it is by killing kafirs. Would they not want to believe it? And do it?

Of course they won’t get paradise for killing their brothers and sisters, whose only “mistake” is that they call the Highest by another name. But nobody tells them this. Neither educated, professional Muslims sow doubt in their minds, nor the unbelievers who strangely often side with the orthodox clergy.

It’s not only Islam which strives for a future where certain people don’t exist any longer. Christianity, too, killed millions simply for not being Christians. Communism and Nazism also killed millions in the name of their ideology. The only difference to Islam and Christianity is that these don’t claim that the Supreme Being wants those “others” dead.

How very different and benevolent is Hindu Dharma. Brahman which is the ultimate cause for this universe is immanent in all. It does not divide humanity into those whom it loves and those whom it hates, as it is the self, Atman, in all. All have a right to exist. It advocates universal brotherhood, not a brotherhood which is restricted to one’s own group.

There are of course also people with Hindu names who don’t live by dharma and commit crimes out of greed or revenge, and they need to be punished. But terror in the name of Hindu Dharma is not possible and the plot by politicians of the Congress Party in collaboration with police officials to present ‘Hindu terror’ as a fact was incredibly sinister and treacherous.

India owes a lot of gratitude to Tukaram Omble. He averted the worst in 2008. Yet the danger is not over. The forces which want to make Hindu Dharma look despicable are still active. Hindus need to stand by their tradition, learn about it and practise it. Hindu Dharma needs to become like a wave that sweeps over the world and brings people closer to the truth, Truth is not in a book. It is what truly is. It is possible to enquire into it and even experience it because it is our very Being. That alone is true happiness.

The dogmatic, exclusivist religions know that Hindu Dharma has the potential to put them out of business. Once people realize that there is no need for blindly believing incredible claims about what God wants from them, the influence of those religions will be gone.