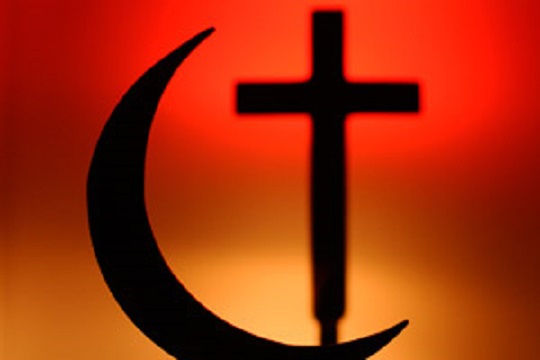 It is amazing how important religion has become in our times. Yet it is even more amazing, that hardly anyone bothers to define religion, except declaring that Christianity, Islam, Hinduism and Buddhism are the main religions. And while it is generally assumed that religion is a good thing, there are also many voices that claim the very opposite.

I wondered whether there could be a definition for religion that applies to all three main religions in India – Hinduism, Islam and Christianity, and which is positive and not divisive. Here is what came to my mind:

“Religion makes life more meaningful and death less fearsome by declaring with authority that there is an eternal, all-knowing, invisible power that is the cause for us and the universe. Religion asks us to worship and surrender to this great power and live in tune with its laws or commandments.”

This is a kind of Common Minimum Program that is beneficial and not harmful for humanity. And it makes sense, provided that there is indeed an eternal, invisible power responsible for us and the universe. This question needs to be answered first: How did the religions come to the conclusion that there is such an eternal power? And if it is indeed there, one more question is essential: What is the nature of this power?

It can be safely assumed that the Indian rishis were the first and original thinkers who enquired deeply into the basic truth of the universe. They made a detailed analysis of nature, introspected, had debates, meditated and shared their profound insights. It is not possible to cover in an article their varied, solid arguments from different angles, yet their conclusion is worthwhile to note:

Consciousness is the essence of everything. It is everywhere. They called it Brahman (big, expanding) or Paramatma (transcendent self). And they declared: Brahman is not what the eyes can see but that by which the eyes can see; it is not what the mind can think, but that by which the mind can think. Fire cannot burn it and a sword cannot cut it. In essence, we all are that. We are one with the ocean and not a separate wave. In the words of the rishis: “Ayam Atman Brahman” (this awareness that the individual experiences, is the same awareness that upholds the whole universe and beyond).

This knowledge makes life meaningful, takes the fear of death to a great extent, and even shows how to make life fulfilling. And contrary to the general perception that science and religion are miles apart, modern science meanwhile vindicated several of those insights by the rishis.

The situation is different in regard to Christianity and Islam. The founders of these two religions were familiar with the God of the Old Testament (Jehovah). So they did not enquire into the absolute truth, but modified the God of the Jews to some extent. His main traits remained the same – he is considered to be the creator, but is separate from his creation. He has personal traits, is jealous of other gods and fierce with his enemies. He knows what human beings are doing and will either reward them with heaven or punish them with hellfire on Judgement Day.

In both Abrahamic religions, an evil force, Satan, is postulated as an antagonist. Satan tempts the human being to go against the wishes of God or Allah. If Satan wins, then the person goes to hell forever. Postulating Satan as an independent entity poses however a philosophical problem: it means that there are two power centres and God is not all-powerful.

Yet so far, in spite of philosophically untenable claims about the nature of the cause of this universe, there is no harm to believe that our creator wants us to be good and Satan tempts us to be evil, and we should be on our guard against temptation. There is also no harm as such that both religions have woven a story around God and Allah, and maintain that he has spoken to such and such person at such and such a time and wants everyone to follow what he has said.

But from here onwards, Christianity and Islam went badly off track and included harmful claims to their belief system which turned their religions into one of the greatest causes for violence and war on earth.

These unverifiable claims also can make life meaningful, and take the fear of death to a great extent for the believers, but they are harmful for humanity as a whole, as continuous strife from those two groups to gain world dominion is the natural consequence.

It is no surprise that science does not support these versions of so called truth. Yet this fact does not deter Christianity and Islam to fiercely defend their own version as the ‘only true religion’. And because they lack good arguments, some even tried to outlaw any criticism of religions, especially Islam. They have of course no proof for their incredible claims, but by declaring that the word of God or Allah is recorded in their “holy books”, they effectively shut up most potential critics.

They will demand proof from the critics that it is not the word of God and that unbelievers will not burn eternally in hell. Further, there is tremendous self-righteousness among the believers and it is not advisable to bring their wrath upon oneself by casting doubts on their belief, which promises them a better afterlife.

Christianity and Islam have not yet given up the “divinely ordained” goal that all humans have to accept their respective religion. It suits them as it is a convenient strategy for world dominion. Presently, Christianity is on the back foot, as it has lost its power to punish dissent due to secularism in western countries where religion can’t dictate the laws anymore, as it did earlier, when even attendance of Sunday mass was obligatory by state law. Now, Christianity tries to get poor converts with financial allurement and deception in developing countries, especially in India, which is seen as a huge market for ‘saving souls’. In the bargain, the poor get some material benefits, but lose their cultural roots and over generations probably will lose faith in a higher power altogether, as the Christian God is difficult to believe in.

Islam still can and does severely punish dissent, because it wields state power in over 50 countries and tries aggressively and violently to expand its reach in many countries. The world does not take much notice of terrible atrocities that are committed in the name of Islam in our times. For inexplicable reasons, most world leaders prefer an ostrich-like attitude by claiming that those atrocities have nothing to do with Islam, as is seen in the case of the obviously Islamic “IS”.

The question is: Should the world community allow brainwashing into baseless beliefs that create discord and even atrocities under the cover of religion? Should it not instead take a fresh look at the truth and genuinely enquire into it – a debate that is based on reason, introspection, experience, tradition and discoveries of modern science? Could there be modern day rishis who are deeply concerned with the truth, live a pure life and have scientific temper?

Religions would need to be divested of their harmful dogmas and focus on the Common Minimum Program, which can be enlarged in a positive manner, like Hindus and Buddhists did. They have broadened the basic philosophy with a variety of beneficial ways of how to effectively connect with the one truth.

By all means acknowledge the great power/ intelligence that manifested this magnificent universe in whatever way you want, whether you are a Hindu, Muslim or Christian. Have great faith that it looks after you. Teach your children about its greatness. Let there be prayers, rituals, austerities. Keep worshipping your different saints, go to temples, mosques or churches, celebrate festivals, sing traditional songs. But PLEASE, don’t demean or even kill anyone because he worships the Highest under another name.

After all, there is only one highest power and we all are its offspring.