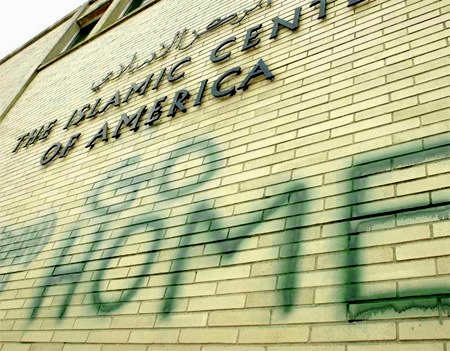 In my earlier essay on the topic, I discussed the damaging influence that political Islam has over public discourse by preventing people from examining the root causes of Islamism. In this piece, I examine political Islam’s influence on free speech and expression.

Islamophobia’s Effect on Free Speech in the United States

In mid 2013, when a Florida Professor criticized Islam, CAIR quickly swooped down and demanded that he be given his walking papers. The Professor kept his job. But Assistant Manager of a local New York Walmart chain, Terry Earsing was less fortunate. He was fired for posting a message poking fun at Muslim Women’s dress on his personal Facebook page.

Once again, the gallant CAIR intervened and urged the store’s executives to fire Earsing. The executives obliged. There are of course workplace rules, codes of conduct and Federal Regulations against discrimination of a particular ethnic/religious or racial group, but it is more than probable that if Earsing’s comments had been directed towards any other religious/ethnic group, he would have kept his job.

CAIR also pressured Comedy Central into censoring episodes of South Park where the organization claimed that Muslims were shown “inappropriately.” Islamic groups very effectively abuse the apprehension of many people of being seen as politically incorrect to their advantage.

After an Islamist attack on a draw-Muhammad contest in Texas earlier this year, it was no surprise that media outlets went out of their way to explain that free speech and expression do not give people a license to be offensive. 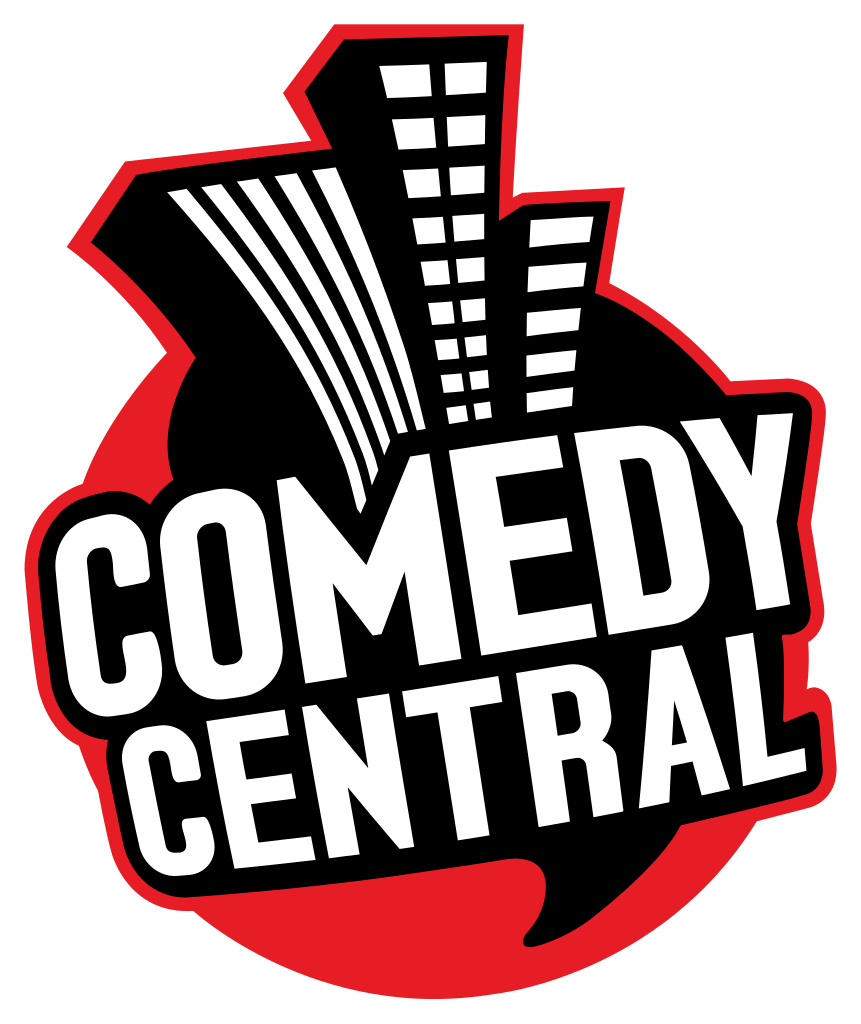 Well, actually, the first amendment’s free speech clause of the U.S. Constitution is there for precisely that reason. Inoffensive speech and expression does not require protection, only offensive and provocative speech does.

Article 19 of International Covenant of Civil Political Rights (ICCPR) spells out the right to freedom of thought and opinion. But many nonbinding human rights treaties such as the Universal Declaration of Human Rights (UDHR) firmly prohibit hate speech of any kind.

This is especially true in Western European democracies such as the United Kingdom and France. The U.S. however, goes above and beyond in granting freedom of speech and expression, even if it amounts to bordering on hate speech. Whether it was the Supreme Court allowing the New York Times to publish the Pentagon papers (New York Times Co. v. United States, 1971), or permitting the Nazi March in Skokie (National Social Party of America v. Village of Skokie, 1977), or the decision to allow members of the Westboro Baptist Church to picket military funerals with offensive slogans (Snider v. Phelps, 2011).

Freedom of expression has never been curtailed unless it incites “imminent lawless action,” or poses a “clear and present danger.” Certainly, producing a film critical of Islam or Islamism, or holding a harmless drawing contest, does not qualify as inciting “imminent lawless action.” Therefore those calling a halt to such activities in the name of Islamophobia should just skim Court decisions on free speech.

India’s Constitution also guarantees freedom of speech in Article 19(1) (A). But this guarantee is somewhat diluted by Section 295(A) which seeks to prohibit material purporting to insult religious feelings.

While this is laudable in its own right, it has often been used to quash anything distasteful to the Muslims in India. For example, in Ramji Lal Modi v. the State of UP (1957), the Supreme Court upheld a lower Court’s decision that Ramji Lal Modi, the publisher of a magazine, Gaurakshak was guilty of violating Sec 295(A) because the magazine had published an article and cartoon which riled up the Muslims. According to the ruling, this was done so as not to disturb “public order.”

In 2007, the book “Islam: A Concept of Political World Invasions by Muslims” by R.V. Bhasin, was banned by the Maharashtra government, and upheld by the Mumbai High Court. The rationale provided was that it was fine to criticize Islam or any other religion, but doing so with malicious intent to provoke “ill will and hatred” between communities would be prohibited.

The institutions responsible for informing and influencing public opinion are silent on these suppressions. Although prominent Islam critics such as the late historian Ram Swarup, Salman Rushdie, and Tasleema Nasreen are familiar to many, lesser known authors and publishers have continued to struggle under Sec 295(A)’s sweeping reach.

It is ironic that for the sake of “peace and tranquility,” political Islam’s newest manifestation, playing the victim, is being fueled by such laws.

Far from understanding and exposing commands that exhort the faithful to commit acts of bloodshed and mayhem, Islamic groups along with a docile Indian establishment are perpetuating a climate of tension and the ever-present threat of erupting into Islamist violence.

Let debate take place. It is high-time that Muslims in India realize that they live in a pluralistic and mature democracy. A few unsavory quranic verses thrown at them should not send them scurrying to the nearest Mosque to break into a murderous frenzy. It is also worth noting that while Islamists and their apologists foam at the mouth with self-righteous rage, they have not bothered to refute the observations.

Someone critiquing my contention may wonder why I have only made reference to Sec 295(A) as a shield for Muslim sensitivity. They may ask, what about censorship to appease the Hindus? Withdrawal of Wendy Doniger’s book comes to mind as the most recent case in point.

Well, Doniger can certainly spew her psychoanalytical nonsense laced with offensive sexualization of Hindu deities; it is her right to do so.

However, it would be naïve to assume that Doniger’s book did not come under any scrutiny and was just randomly withdrawn. Doniger’s works contain serious flaws, and those flaws have been exposed by competent scholars. That is why she dismisses well-researched critiques of her work as “Hindu fundamentalists attacking her.”

Moreover, it is no secret that a serious imbalance in discourse plagues academic institutions wherever Sanatana Dharma and its history are taught. So, it is not merely a few people making noise like the perpetually offended Muslims, but calls for a genuine debate have been made. It is a different matter that Doniger has highhandedly rejected these observations.

Who has got it Right?

In the United States, there is a growing litany of alternative explanations to the dominant narrative in regard to Islamic terrorism. These observations have come from media commentators, academics, and politicians.

But unfortunately, barring a few exceptions, much of this criticism emanates from the Christian Conservatives. This criticism therefore is enslaved to the idea that Islam is an ideology steeped in barbarism, and Christianity is nothing but benevolence incarnate.

This is tantamount to excoriating burglary, and panegyrizing larceny. Both crimes differ in the methods and means by which the victim is affected by the illegal taking. Similarly both monotheistic belief systems need not ride the high horse. Both are guilty of spurning rational thought, and resorting to violent means to achieve their objectives.

On the other hand, where the Indian government wields the power to withhold the purse from media that fails to toe the official line, discourse about Islam’s toxic output, remains largely mute and/or confused.

As an observer, it appears that mainstream media is more worried about hurting sentiments than writing facts. It is a popular trend to exaggerate alleged Muslim victimization, and downplay Muslim brutality against Hindus. The question of analyzing root causes of Islamic fundamentalism seems eons away. Those few intrepid journalists and historians who have dared to swim against the tide, have often found themselves on the wrong side of the fence with severe retribution in store.

Notwithstanding the prevailing atmosphere, there have been a few academics outside the pale of mainstream media and academia who have contributed invaluably to this discourse. Some of these names include, but are not limited to, Ram Swarup, Kishori Saran Lal, Pandit Lekh Ram, Dr. Koenraad Elst and Sitaram Goel. These thinkers have formulated critiques predicated on rationale, and not through a prism of theology. This is unlike American and Western European thinkers, who have mostly based their criticisms upon the assumption of Christianity’s superiority.

Getting down to brass tacks, it is important to understand Islam first and foremost as an ideology intent on dominating the world by hook or crook. To do this, there is no need to fear or hate Muslims.

We must boldly point out the factors motivating Muslims to commit some of the worst crimes against humanity, and underscoring the role of holy texts should not be met with disgust or trepidation.

Political will and military capabilities may crush the menace of Islamism in a specific part of the world. But that victory will be ephemeral. Without firm intellectual explanations of root causes, it will not be possible to defeat the Lernaean Hydra.