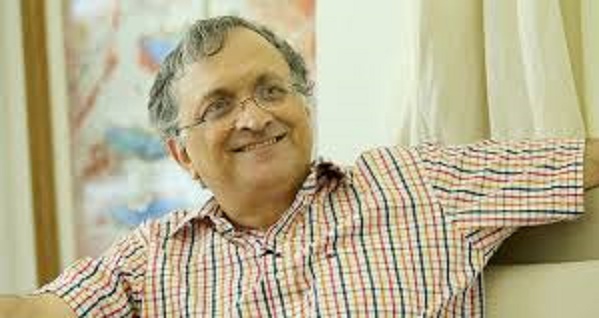 Even though I cannot claim to be your fan, or even someone who follows your writings seriously, I cannot help, but notice some similarities between us. Like you, I too have been a lifelong cricket fan, and even though, nobody would ever call me a cricket historian, I can recite salient details of the first and the second tied test without much googling. Therefore, it occasions me no surprise that your article “Eight reasons why India cannot speak freely” should inspire me to write this response, which depending on your viewpoint, can either be seen as an expansion of your original article, or a rebuttal, an attempt at ‘whatabbouttery’ if you will! And knowing Indian liberals, I know if you don’t, someone else will.

You have mentioned our archaic sedition law as the first threat, and I agree. So do most of the nationalist friends I talk to, primarily because we know we represent the majority opinion, and therefore a few freeloaders screaming ‘Bharat tere tukde honge’ don’t threaten us. However, I was surprised that you left this line of thinking incomplete by not mentioning the second most oppressive source that threatens Freedom of Expression (FoE): the new culture of political correctness that allows a few so-called ‘liberal’ individuals to dictate what most of us can or cannot say. Laws of a country are often a reflection of its people, and surely a country where journalists demand silencing their critics on social media, and writers, who threaten Amazon.com for letting users post negative reviews, the sedition law is but the mirror showing us all our true face. I know you would like us all to live in a world where we can abolish sedition laws, and retain laws against ‘hate speech’ but like Stephen R Covey says, “when you pick up one end of the stick you pick another.”

You have mentioned our judicial system, and the lower courts’ eagerness in entertaining petitions seeking bans on films, books, etc. However, you left out similar eagerness on the part of bodies like the National Commission for Women (NCW), which entertains any, and seemingly all petitions by women’s rights activists, who claim their modesty was outraged at the drop of a colloquialism, the mention of an idea they don’t like.  Or, what about the police in various states, cowering in fear about being bullied by these feminists, file an FIR against a 74-year-old musician for saying women should not wear jeans.

Your point about identity politics is well taken. However, I was shocked to find that while mentioning the prickly sensitivities of various groups, you chose to mention Maharashtrians’ feelings about King Shivaji, and the Dalits views about Ambedkar, but left out Islamic radicals, who demanded the death penalty for Kamlesh Tiwari for exercising free speech.  Mentioning Maharashtrians and Dalits as examples of identity politics, and leaving Islamic radicals and Christian fundamentalists out is like mentioning Maria Sharapova as an example of cheating and leaving out Bernie Madoff.

Similarly, I completely take your point about us becoming an increasingly humourless society. However, once again, Sir, you are caught looking in the wrong direction. The humourlessness in society can as well be laid at the feet of liberals and radical feminists, who find offence in every joke, take out protest marches at the mere unwinding of a rustic turban, and write shrill letters of complaint to comics, who don’t toe the politically correct line of the day (For example, see here). Sure, the example I cited is from the USA, but don’t tell me you don’t see such humourless hollies in India too. Just spend some time on Twitter.  A few months ago, noted journalist Gayatri Jayaraman was nearly hounded out of Twitter by aggressive feminists, because she dared to write about the new age phenomenon of the urban poor. For those outraged by Gayatri’s writing, her kid was a fair target too. How do you expect humour and free thought to survive in a society where women attack another woman and her kid for something she wrote?

You were right in mentioning the pusillanimity or the mendacity of politicians, who support thugs and bigots against artists. I applaud your courage in mentioning the banning of ‘The Satanic Verses’ by the Rajiv Gandhi government as an example of such thuggery/pusillanimity. However, I was aghast to find out that once again you have left out the biggest group of politicians undermining FoE using the worst tool possible — violence. The Left-ruled Kerala, where RSS workers are murdered on a daily basis; Maoist terrorists cutting people’s fingers off for voting (elections are an expression of free speech too); and the violence in the Kashmir Valley, where separatists silence any dissent with guns; are examples of the worst and most dangerous kind of threat to free speech in the country today. Worrisome still is the fact that these violent forces are supported by liberals and the mainstream media, who try to project these violent bigots as revolutionaries fighting state oppression, and try to handicap state action against these extremists in the name of human rights. What worries me about this point is the underlying trend about what one considers free speech and who can claim it. For many liberals like you, I suspect, some animals are truly more equal than others, Mr Guha. Admit it: you cite Rushdie and Taslima Nasrin as examples of authors being silenced by thugs, because you truly feel the right of self-expression for liberal elites (people like yourself) is more precious than that of an ordinary worker in Kerala. Isn’t that so? This is wrong on two counts: one , it goes against the principle of equality; and two, it means in the future, a clever, but oppressive regime can create an impression of a free environment by merely granting freedoms to a select few, while ruthlessly quashing the ordinary majority, and liberals like you will not make a peep about  it.

You identify the media’s dependence on government advertisements as the sixth threat to free speech. I think this is a classic case of missing the forest for the trees. In the last two years the biggest peeve of many NDA government supporters like me is this – why does the government keep giving business to publications that are virulently opposed to it? Saying that every ruling party can control the media while it is in power is simplifying the situation to the point of falsifying it. The left bias in most of the media was cultivated by the previous regimes with patience and guile over a long period of time. Apart from the control of the state machinery by an oppressive babudom (also cultivated and empowered by the previous regime), this stranglehold is the most difficult to undo, or else, NDTV, a channel that is suing the Central Government over the Sagarmala project would not keep receiving such largesse from the very same government that is being sued!

Your argument about private advertising money buying silence against damaging products is also rather flawed. The publishing industry depending on ad revenues is a world-wide phenomenon. How is it a specific threat to Indian free speech? There are guidelines about false and surrogate advertising, etc., already in place, so that manufacturers of products like cigarettes and alcohol cannot push their products without fetters. If a product is considered harmful, it should not be allowed to be marketed and distributed, and that is the government’s job, not the media’s. Beyond that, why should any manufacturer of a legal product spend money on a newspaper that is trying to bring their sales down? This goes against all economic principles and is an unnatural expectation.

The eighth threat that you see are the ideologically driven or careerist writers. You caution that no creative person should be so foolish or mistaken as to mortgage his or her conscience or independence to a political party.

Some of these jokes, just write themselves, don’t they?