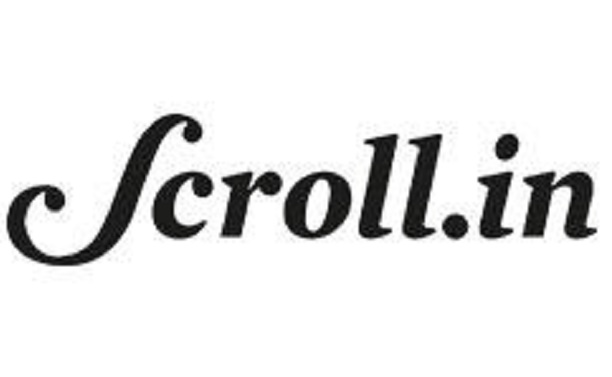 In January 2013, a small obscure web portal was started; a digital daily in the scroll format, where new posts are just stacked over one another and one has to scroll down to get to older posts. Not many knew about it in the first few months, but gradually, as its tone became clear, it started becoming popular among a fringe group in India – the Hinduphobic left. The site was scroll.in. It sported articles which exhibited most naked and unabashed hatred of Hindu culture yet seen on the web.

In the political arena it was becoming clear that Congress would be decimated in the ensuing General Elections. The UPA would not get a third term and an emboldened BJP would come to power led by Narendra Modi. A weak, corrupt and sclerotic government would be replaced by a determined conservative government with a great leader at its helm.

For a decade India’s enemies were having a field day. Indian government, led by the UPA, was at best unconcerned and often actively working against Indian interests both at home and abroad.

There was no foreign policy. Defense was so neglected that Indian Navy was literally rusting. Small and weak nations like Bangladesh were boldly violating Indian borders. Terrorists were walking in and out of the country with an unprecedented ease. Pakistan was waging a relentless proxy war through its religious appeal in Kashmir. China was encircling India with navy ports and violating Indian territorial sovereignty.

And during this time, all that the UPA was worried about, was to keep its Muslim vote-bank intact. As the global scenario was turning public opinion more and more against Islam, it increasingly became hard to support and defend the act of the Islamists, whom most of the Muslim population supported. As a result, Congress was bending over backwards to appease the Muslim community, bringing about an even worse turnabout in its political fortunes. In the aftermath of the Muzaffarpur riots, by visiting only Muslim families in the riot affected areas, Congress virtually declared that it was a Muslim-only party. Not surprisingly, the public shifted its allegiance to the BJP and Modi.

Sensing this tectonic shift in Indian politics, the lunatic fringe on the left with vested interests in denigration of Hindu culture and society, regrouped and with a hitherto unseen ferocity, renewed their attacks. Many new media ventures were opened. Millions of dollars were funneled into this activity. Scores of scholars, media persons, journalists and academicians were employed to this purpose. Scroll.in was one such venture by the left fringe.

Scaling up the Popularity Ladder

Within a few months of the launching of scroll.in in January 2013, a million viewers had visited the site, thanks to targeted advertising. It started receiving many ‘awards’, the most famous being, the ‘News Start-up of the Year’ at the 2015 RedInk journalism awards instituted by the Press Club Mumbai, a group which felicitates the journalists of the ilk of Tehelka and the Caravan magazine. The reason stated by the awarding committee in choosing scroll.in was for “scaling up its influence rapidly as an alternative source of news and features.” How this ‘scaling up’ was achieved ‘rapidly’, is suspicious.

The CEO of scroll.in is Samir Patil, who has also founded ACK Media. In an infamous bid, ACK Media acquired the famous nationalist comic books of India, Amar Chitra Katha in 2007. Amar Chitra Katha was created by the great artist Anant Pai and was published by India Book House. During the terrible tenure of UPA-1, it was acquired by Samir Patil. Since he took over, Amar Chitra Katha, the Hindi versions of the books was stopped and the English books came under the process of ‘secularization’. It is another story of take-over and destruction of a Hindu publication, which warrants an article in its own right.

It was this Samir Patil, who started the news daily scroll.in. A businessman and venture capitalist goes on and opens a digital daily with Hinduphobic agenda and which quickly becomes popular among the ultra-left in India. The site claims to focus on ‘the most important political and cultural stories that are shaping contemporary India’.

Another co-founder and editor of the magazine is Naresh Fernandez. He writes on various subjects; particularly on music and urban culture. But like other left-liberals of his ilk, he is also worried about the looming ‘Hindutva terror’, the ‘condition of Muslims under Modi’s Hindus’ and the related Hindu-bashing topics, as is evident from his twitter handle. He is also worried about the economy that will be ‘hurt’ because of cow protection laws.

Other journalists and authors who write at scroll.in are not different. A random glance across its ‘Inside Politics’ section for the past few months shows that the website is obsessed with Hinduphobia, with special focus on news items critical of Modi and BJP:

“Why is there no pressure on the RSS to clarify its role during Emergency?”, “As terror charges against Sanatan Sanstha grow, why isn’t the government banning it?”, “As election season approaches in UP, BJP moves in to communalise everything it can”, “Could the Modi government’s plans to promote Hindi in South India produce discord? “’Police was definitely involved, but got away’: Survivors and activists rue Gulberg verdict” “Modiji, you need to speak your mind on the future of pluralism: Carnatic singer TM Krishna”, “‘Silence is a form of abetment’:Shashi Deshpande quits Sahitya Akademi governing body”, “Holy cow: Our bovine protectors are milking an old script (with new hypocrisy)”, “Cow protection laws are hurtling India down the path of Pakistan’s blasphemy edicts”, “Ground report: As BJP rushes to capitalise on Dadri lynching, region’s Muslims grow anxious”, “Whatever created the impression that Narendra Modi was a moderate?”, “The Unmaking of India: Why writer Nayantara Sahgal is returning her Sahitya Akademi Award.”

New start-up magazines and dailies do have a way of becoming famous very soon. It is through social media. For this they have to constantly engage with the audience, making them participants rather than onlookers. This is why the comments section exists. The comments also convey the general mood of the public; whether what the author writes really reflects the public opinion or not. There is no big online newspaper or magazine today which does not have a comments section.

But scroll.in is different. It does NOT allow its users to comment on the articles. There is no comments policy. The readers can e-mail their thoughts to the editors, but there is no guarantee that they will ever be published and they can be manipulated by the website owners just like the news they publish.

This is unprecedented in the history of online news portals. Why would a news website, which has its stated goal of creating an ‘alternative source of media’ to counter ‘seats of power’ will not let the public participate? Isn’t it ridiculous that a ‘people’s daily’, meant for general public, does not let the people comment?

Even in the pre-Internet era, when mass media ruled the day, when a few powerful corporate houses and a few powerful governments controlled all the news that circulated in the public, the newspapers allowed people to write to the editor, and some of these ‘letters to the editor’ would be published in a section dedicated for that particular purpose.

Scroll.in does not allow any type of comment on its news which in ways is even more redundant than the 19th century newspapers and magazines.

Why does it do so? Only those digital newspapers which want to maintain a strict ideological control over their content prevent its readers from commenting. Only those magazines which spread pure propaganda maintain such absolute control over its content. The reason that scroll.in does not let its readers comment is because its agenda is to spread its political ideology which suffers from Hinduphobia and Islamophilia. Public accountability is completely out of question. Scroll.in simply cannot face public opinion.

This is no less than dictatorship. The masters will spew venom against whoever they deem fit as a target and the public has no right to grievance. Scroll.in is medieval, behaving like a feudal lord.

The Overflowing Coffers of scroll.in

Sponsored propagandist websites do not have a budget problem. They are funded by powerful organizations: governments, corporate lobbyists. Scroll.in is also not wanting in that regard. But the amount of money that it offers its authors is ludicrous. It is about ten to twenty times that is generally paid to the authors at other news websites.

Why did scroll.in start with such a determined attack on Hindus and Hindu society? What were its motives? Who was behind it? Who funded it? Who guided it? The next part of the series will examine this.