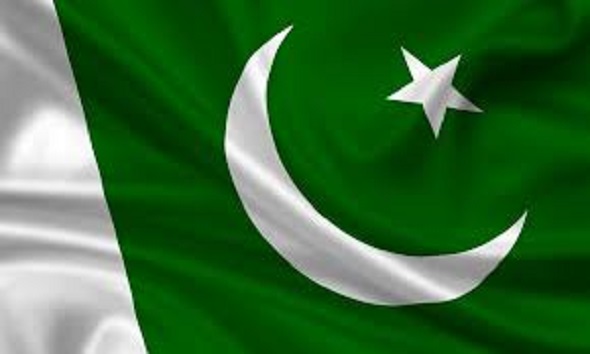 Pakistan Prime Minister Nawaz Sharif telephones our prime minister after a terror attack and we become happy, while his country has been protecting jihadist commander Maulana Masood Azhar since 1999.

The recent Pakistani attack on the Indian Air Force (IAF) base in Pathankot has demonstrated once again that India’s enemy is bold: it invades our territory frequently, fights for several days and kills our soldiers.

India is forced to fight the battle on its own soil, not in the enemy’s territory. After each attack, Home Minister Rajnath Singh says: “We will give a befitting reply.” India waits for the enemy to attack so that it can offer a reply. Contrary to us, the enemy is on the offensive. India’s character is peaceful. As a result, for thousands of years, foreigners have invaded us.
Former President Dr. APJ Abdul Kalam observed: “In 3000 years of our history, people from all over the world have come and invaded us, captured our lands, conquered our minds. From Alexander onwards. The Greeks, the Portuguese, the British, the French, the Dutch, all of them came and looted us, took over what was ours. Yet we have not done this to any other nation. We have not conquered anyone. We have not grabbed their land, their culture, their history tried to enforce our way of life on them.”

India has never invaded any country.

We have become a nation of cowards. We have always welcomed foreign invaders, lived with them and dined with them. It is not surprising then that India’s intellectuals, government officials, journalists and diplomats routinely advise the government to hold peace talks with Pakistan, knowing fully that this enemy will not desist.

A nation’s political and military leaders make decisions in a social atmosphere of ideas. India’s atmosphere of ideas is shaped by its journalists and commentators. Many journalists based in Delhi are also on the payroll of the Pakistani military’s Inter-Services Intelligence (ISI), which creates and nurtures terrorist groups.

During its first year, the Modi government adopted a correct policy on the Pakistan border. For each Pakistani firing, India fought back strongly. Pakistanis were surprised. Peace ensued on the border. But the Pakistani Lobby in Delhi succeeded in convincing that Modi must visit Pakistan.

On December 25 when Modi was in Lahore, I tweeted: “After Modi’s Lahore visit, I will watch if there are terror attacks on Indian targets in Afghanistan or inside India.” Any expert could forecast that Modi’s Lahore visit will lead to terror attacks. After the Pathankot attack, the Indian Consulate in Mazar-e-Sharif was attacked, while the Indian Consulate in Jalalabad was also targeted.

And then the U.S. State Department took over India’s Pakistan policy. Under U.S. pressure, Modi sent Vice President Hamid Ansari to Turkmenistan in December to attend the ground-breaking ceremony of the Turkmenistan-Afghanistan-Pakistan-India (TAPI) gas pipeline.

Also, there are signs that Modi, like A.B. Vajpayee, wants to become a world leader by forging friendship with Pakistan. Before the attack in Pathankot, what was India losing by not holding talks with Pakistan? Why is it that the TAPI cannot wait for next twenty years?

If the U.S. is interested in shaping South Asia, why is it funding Pakistan’s jihadist military and its ISI, which launched attacks in Kargil, Mumbai and numerous times in Kashmir, and now in Punjab?

India’s Pakistan policy has been taken over by the Pakistani Lobby of Delhi and the U.S. State Department.

In his book Magnificent Delusions, former Pakistani ambassador to the U.S. Husain Haqqani notes that M.A. Jinnah held a meeting in May 1947, when Pakistan was still an idea, with two U.S. officials: Raymond Hare of the U.S. State Department and Thomas Weill of the U.S. Embassy in New Delhi. Jinnah told them: the creation of Pakistan was “essential to prevent ‘Hindu imperialism’ [from] spreading” to the Middle East.

If Bourke-White were interviewing Pakistani officials today, they would tell her this: America will fund our army to prevent terrorists. And then they would go on to create more terrorists.

Pakistan creates and nurtures terrorists with a dual aim: to keep the U.S. giving it money. To illustrate the point by current example, Pakistan began using F-16 fighter planes in Waziristan to bomb terrorists so that the U.S. will release funds for the Pakistani army. F-16 planes are meant to fight enemy states, not terrorists. In her book Fighting to the End, Christine Fair writes: “Pakistan’s efforts to employ political Islamists, and later Islamist militants in Afghanistan, began as early as the late 1950s.”

Pakistan’s use of jihadists in Kashmir in 1947-48 is well known to Indian readers. The use of jihadists was boosted by a strategy of infiltration as argued by Brig. A. A. K. Niazi, who would go on to surrender in Dhaka in 1971 to a victorious India.

Niazi wrote in 1964: “infiltration implies by-passing of enemy posts by relatively small parties which penetrate deep and unseen into the defences and converge at a pre-designated objective”; infiltration “will achieve much better results with far lesser casualties than any other form of attack.”

Over half a century since Niazi wrote these words, India is dealing with infiltration of Pakistani jihadists in Kashmir and now in Punjab. The best advice for India is: isolate this known enemy, do not have dinner with it; freeze talks and cricket with Pakistan.

The Indian strategy against this known enemy must be this: isolate, contain, suffocate and fight.

(A version of this article was published by Dainik Jagran, India’s largest Hindi-language newspaper, on January 7, 2016)