It is High Time that Hindus Woke Up 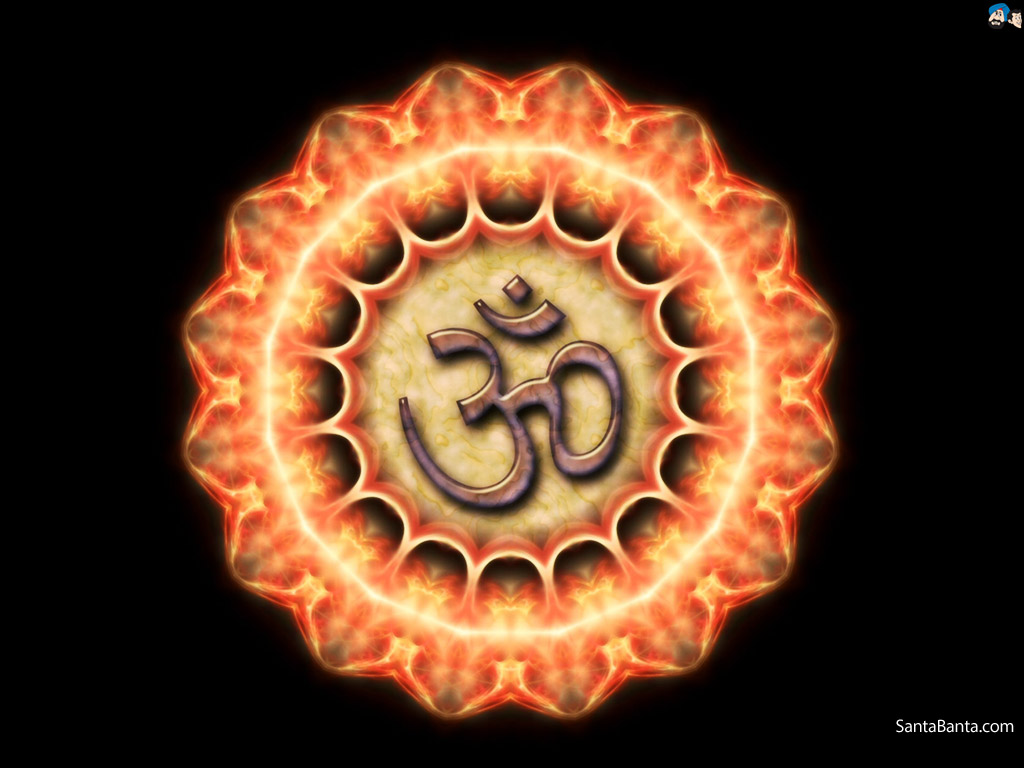 Some time ago, a news item caught my attention: Dalit Christians had filed a complaint with the United Nations against the Vatican because of caste based discrimination of the Catholic Church in India. The complaint was filed with the UN Information Centre at New Delhi.

It made me feel that a suggestion I had made in an earlier article was maybe not so outlandish and actually worthwhile. I had suggested that Hindus, Buddhists and others could file a complaint with the UN against Christianity and Islam, because Christianity considers non-Christians as heathen and Islam non-Muslims as infidels, and both these religions claim that heathen and infidels are unworthy of the grace of the Supreme Power and will be thrown into hellfire where they will suffer excruciating pain for all eternity.

“Idol-worshippers” – Hindus are labeled as such – are the worst of the lot in the eyes of those religions.

“ This is how it will be at the end of the age. The angels will come and separate the wicked from the righteous  and throw them into the blazing furnace, where there will be weeping and gnashing of teeth.”

The Quran gives a more detailed description of the torture that awaits infidels:

“But as for those who disbelieve, garments of fire will be cut out for them, boiling fluid will be poured down their heads. Whereby that which is in their bellies, and their skins too, will be melted; And for them are hooked rods of iron. Whenever, in their anguish, they would go forth from thence they are driven back therein and (it is said unto them): Taste the doom of burning” (Quran 22:19-22)

Hindus generally have no malice towards other faiths and don’t expect others to have malice towards their own faith. They readily pay respect to Bible and Christianity or to Quran and Islam without knowing what they contain. Usually they don’t even notice that their respect is not reciprocated.

However, there are also those who know the content, but prefer to ignore unacceptable passages. One reason may be that they don’t take them seriously and can’t imagine that anybody takes them seriously. Unfortunately, they underestimate the power of indoctrination, especially in childhood. It is not only the ISIS types who believe and act on it. I know from own experience that children believe what they are told and many don’t question this belief even as adults.

Another reason may be that they don’t want to draw attention to those divisive, discriminating passages in books that are considered holy by the majority of the world’s population. They fear they could remind ‘believers’ of their duty to fight the “unbelievers” or rather the “wrong believers” as Hindus are great believers in the Supreme and certainly not unbelievers.

However, this attitude won’t work today, as the content of Quran, Bible and other scriptures is readily available on the net. It is easy to access any verse of the Bible or Quran. ISIS spread their views on the internet. The radicalization among Muslim youth is often happening via the net. A cleric in a German mosque who had banned radicalized youth and declared ISIS as un-Islamic was described as an “old, confused man”, by a German Turk, who ‘knew’ that ISIS is following the Quran. How did he know? “I and my friends have read the Quran”, he declared. His friends are fighting for ISIS.

I didn’t make the suggestion to complain to the UN because I expect much action from the UN. I made the suggestion mainly, because in this way the issue would hopefully come into mainstream discourse. People need to realize how absurd and divisive this claim of “eternal hell for unbelievers” is. 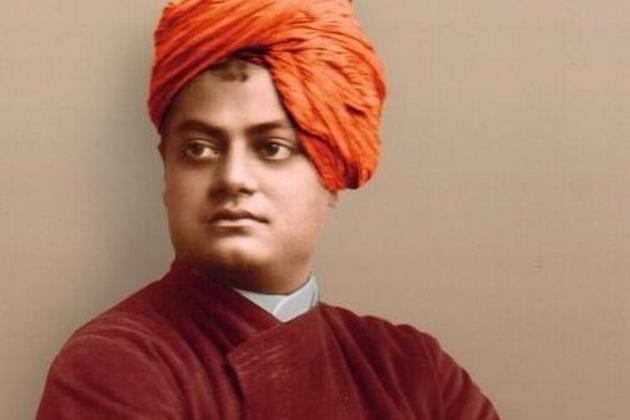 The gravity of the situation needs to sink in: every second child in the world is taught that Hindus (and others) are not equal in the eyes of the Supreme God, and the child is likely to believe it. In fact, the child is taught that the Supreme hates those others so much that they will burn for all eternity in hellfire if they don’t mend their ways and join the believers on the right path.

Sri Krishna, Sri Rama, Sita, the Rishis, Swami Vivekananda, Baba Ramdev, Mata Amritanandamayi, Narendra Modi, Aishwarya Rai, Sachin Tendulkar… just name them, each and every Hindu who ever lived – none will find mercy with the Highest. They all are thrown into the ‘blazing furnace’.

People need to become aware that prophesizing eternal hell was a strategy to frighten the own followers into submission and to justify using force to either convert or wipe out those who ‘insult the Supreme Power and don’t accept the only truth’.  This claim of “hell for unbelievers” is about power and influence and has nothing to do with eternal truth or morality.

If a small, crazy sect would claim that all others will burn in hell, one would understand if nobody takes note of such nonsense. But it is not a small sect that makes this claim. This claim is contained in the doctrines of the two most powerful religious institutions on earth with almost four billion followers. Mercifully, many Christians especially in Europe don’t believe it anymore, but it is part of the Christian dogma.

Is one allowed to call this claim nonsense – in the age of quantum physics where it is known that ultimately all is connected and nothing is separate?

Strangely, Hindus keep quiet. They may hope it goes away. It won’t go away without those who are demeaned in this unacceptable manner putting their foot down. Why should those who benefit from this claim give it up as long as nobody objects?

The Church had once to give in to protests: it lost the power to punish heretics and even had to allow Christians to leave the Church. Ever since, the west came out of the Dark Age, but the damage was done nevertheless: arrogance and a feeling of superiority was already ingrained in the people and nature had been divested of its sacredness and still is treated as a slave to be exploited.

The dogmatic religions uprooted people from their pagan societies and made them slowly but surely arrogant, self-righteous and convinced that they are meant to rule the world in the name of their god. Would colonialism in its brutal form have been possible without the mindset that Christians are superior to the native heathen? Would Muslim invasions have been so cruel without the mindset that Allah wants them to smite the necks of infidels till all worship is only for Allah?

Today’s most pressing problem, Islamic terrorism, has its roots in the claim that infidels are rejected by Allah. ISIS, Boko Haram and others consider it their sacred duty to rid the earth of such scum. Christianity stopped killing heathen but still does great harm in so called ‘unreached areas’ for example in India, where it deceives, threatens and lures people away from their tolerant, inclusive tradition into an arrogant, divisive mindset.

Some followers of Islam still kill. They are called Islamists instead of Muslims. But as long as the Quran contains verses that seem to be exhortations to kill infidels, and no official correction is made that these verses refer only to history, there is insincerity in the claim that they are not Muslims. On one hand we condemn those youth in the strongest terms and on the other, we revere the scripture which they claim to follow.

When Donald Trump declares that he won’t allow Muslims into the USA if he becomes President, he may cater to a populist sentiment among Americans but this is no solution. A better strategy would be to make Muslims disown certain passages in the Quran. At the same time, Christians must be made to disown certain passages in the Bible. Blind belief that the Supreme has revealed the truth only to Jesus or only to Mohammed must be allowed to be questioned without putting one’s life in danger.

The Pope said recently in Africa “Christians and Muslims are brothers”. It sounded more like “Let’s live and let live”. Yet when the Pope was in India, he didn’t make such conciliatory statement. He said “we will plant the cross in Asia”. Why? Did he think the “mild” Hindus won’t object to their own demise? Or did he behave like a bully to put Hindus on the defensive?

If Christianity really had the better truth, it would be okay. But this is not the case. The supremacy that the Church claims has no basis except in blind belief. In the same way, the supremacy that Islam claims has also no basis except in blind belief. Both faiths can’t challenge each other. A debate between Christianity and Islam would go like this:

Christianity: “We alone have the full truth”

Islam: “We alone have the full truth.”

Christianity: “God has revealed the full truth through his son Jesus”

Islam: “Allah has revealed the final truth through Prophet Mohammed.”

Christianity: “All have to worship God, the father, via his son.”

Islam: “All have to worship Allah.”

However, in one point both agree: “Heathen and infidels need to disappear from the earth.”

In contrast, ‘Hinduism seeks to propagate the collective wisdom and inspiration of centuries and has room for all forms of beliefs’ (according to the Supreme Court). It offers a profound philosophy. It can bring to the table the wisdom of the ancient Rishis that has never been disproven. This wisdom points to the absolute truth, which dogmatic religions are ignorant of: Truth is not a belief based on thoughts. It is what we all truly are – thought free, blissful awareness.

One would expect that humanity in the 21st century has outgrown blasphemy laws. This is not the case. Not only is there no pressure on countries that have blasphemy laws to abandon them, but – unbelievable, but true – there are attempts by the Organization of Islamic Countries (OIC) to bring the whole world under a blasphemy law.

Several countries, like Saudi Arabia and Pakistan, have petitioned the UN to make defamation of Islam a crime. And even President Obama and Hillary Clinton supported a resolution (Istanbul Process 16/18) to curb ‘Islamophobia’. Efforts to go further are still on.

It is high time that Hindus wake up. Filing a petition with the UN against unsubstantiated, discriminatory claims may help put the world on notice that Hindus are not the scum of this earth and have a right to exist.

UNICEF also should be petitioned that brainwashing of children into hatred for others must be made a crime. The video of a child in ISIS land cutting the throat of his teddy bear as practice is horrendous. A lot of noise needs to be made about those petitions. Christianity and Islam must not get away with discrediting Hindu Dharma. Let there be a public discourse on which worldview is closer to the truth, and which religion has a better philosophical basis.

Actually it is so obvious even at a first glance: the choice is between brotherhood of all without any preconditions and fighting each other.

Let’s choose brotherhood of all. And please also include animals.