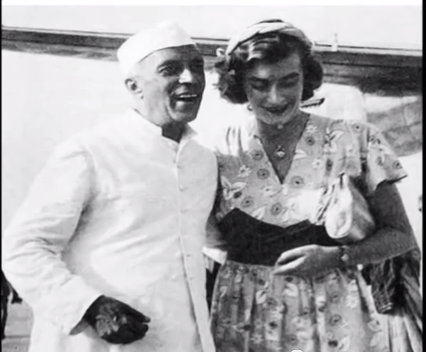 This essay forms the foreword of Sita Ram Goel’s study of Jawaharlal Nehru titled Genesis and Growth of Nehruism. Authored by the former British Comintern agent Philip Spratt in 1963, it is a relatively obscure but very significant summary of the nature and character of the politics and ideology of India’s first Prime Minister whose six-plus decades’ legacy resulted in becoming an albatross around India’s neck–a legacy that left its millions impoverished to say the least.

Spratt as a Communist agent and spy was one of the founders of the Communist Party of India (CPI). He was arrested by the colonial British Government in the Meerut Conspiracy Case. Post imprisonment, Spratt abandoned Communism and began to follow the teachings of Mohandas Gandhi.  Philip Spratt was later roped in as editor of Swarajya run under the stewardship of C. Rajagopalachari. Spratt was multifaceted. Apart from being a penetrative mind in analysing contemporary political, social and ideological trends and developments, he wrote prolifically and translated books and articles from French, German, Tamil, Sanskrit and Hindi into English.

Spratt wrote this foreword in Bangalore in 1963.

Why is there so much puzzlement about the politics of Jawaharlal Nehru? As [Sita Ram] Goel reminds us, and every newspaper reader can recall, he himself frequently says that he agrees in principle with the Communists. Why is he not taken at his word?

We do not take him at his word, because he says and does many other things, and so we do not realise how closely the relevant parts of his policy accord with this particular avowal. He is a very much more faithful Communist than I had realised.

[pullquote]It has been admitted in Parliament that the Home Department knows about some of these foreign funds the Communist Party of India receives. No other ruler in the world tolerates this kind of thing. Why does Nehru?[/pullquote]

But the principal reason why we do not fully accept his own statements that he is a Communist is that our image of the Communist is so different. We think of the Communist as a man with no interest outside politics, a fanatic working furiously for the cause, an offensive, truculent person……a wily deceiver, and at all times a docile follower of the party line. That is not a false picture but there are many whom it does not fit. Many Communists are also ambitious; many have a liking for the fleshpots; some have serious interests outside politics, though their theory assures them that there is nothing outside politics; no doubt there are some who does not accept the more abstract parts of the Communist theory, as there are certainly many who ignore it; and there are some, even within the party, who are not slavish followers of the party line.

Nehru is a Communist in this broader sense. He accepts increasing Governmental power, socialisation and mechanisation, as both inevitable and desirable. He is strongly attached to the existing Communist Governments, and when they clash with other Governments he almost inevitably supports them. He is in a sense aware of the dark side of Communism as it has existed up to now, but he neutralises this awareness by the Communist procedure of considering history in block-stages. The ‘bourgeois era’ is thus made responsible for all unpleasant things that have happened in the past few centuries.

[pullquote]An item of his policy which I believe testifies to Nehru’s Marxist feeling… is his tolerance of corruption.[/pullquote]

The figure in world politics who most resembles him is Fidel Castro. Castro got into power on false pretences, i.e. as a liberator, not as a Communist, and he has proceeded in the same direction but far more cautiously. Castro succeeded Batista; Nehru succeeded Gandhi on the one hand and the legalistic British regime on the other. The two legacies between them have cramped his communist style. Nehru has sometimes sighed for a cadre such as Mao Tse-tung built up during the Long March. With such a cadre he might not have lagged so far behind Castro. But such a cadre, while it might have enabled him to enforce Communism, would not have made it any more congenial to India. Communism is the policy of a small group of intellectuals, who are building a governing machine with a vested interest in Communism, but it remains wholly alien to this conservative, religious, individualistic, property-conscious peasant-minded country.

Fidel Castro becomes the leader of Cuba as a result of the Cuban Revolution (Photo credit: Wikipedia)

When i have argued in this way, people object that Nehru has made no attempt to impose the Communist policy in regard to religion, education, freedom of opinion, personal liberty, and so on. The Gandhian legacy has been too strong; if he had tried he would have been overthrown. But through a series of constitutional amendments, he has systematically cut down the right to property. But in practice Communists concentrate all power in the hands of the Government, leaving no countervailing force to balance it. Consequently, the libertarian provisions of their constitution cannot be enforced. They are totally ignored in practice, and it is more than anyone’s life is worth to protest. Nehru’s attitude in this matter is, therefore, in accordance with the abstract theory of Communism. What he would have done if he had enjoyed total power is anyone’s guess.

An item of his policy which I believe testifies to Nehru’s Marxist feeling… is his tolerance of corruption. Before revolution, the Bolsheviks obtained their funds by organizing a prolonged campaign of dacoities, by seducing heiresses and by taking big subsidies from the German Government. …..the party leaders had no objections: why bother about bourgeoisie financial prejudices? Nehru has the same bohemian attitude towards audit objections: they belong to the fussy era of Gokhale and Gandhi.

Nehru’s Communism is revealed in the extraordinary favour he shows to the Communist Party….He allows the Russian Government, and apparently the Chinese too, to subsidise them. It has been admitted in Parliament that the Home Department knows about some of these foreign funds. No other ruler in the world tolerates this kind of thing. Why does Nehru?

Ten years ago (1953) the Congress Party was by no means socialistic. When the resolution on the socialistic patter was passed at Avadi, an important Congressman compared it to Akbar’s Din Ilahi. Socialism, he said is Nehru’s personal fad, which will quickly be forgotten when he passes from the scene. It seemed a shrewd judgment at the time, but it overlooked the attraction of socialism for a ruling party of hungry careerists. The experience of socialism in the nine years since then has won many Congressmen over. But there are still many who oppose it, and its continuance in the future is not yet assured. The purpose of the current goings-ons is to arrange the succession to Nehru in such a way that the pro-communists retain control.

[pullquote]Nehru’s Communism is revealed in the extraordinary favour he shows to the Communist Party.[/pullquote]

The dispute over this question is of the greatest importance for India’s future. But the partisans on both sides are still afraid of speaking plainly, and many of the public are still unaware of what it is all about. It is really whether India shall continue to be ruled by a Government of usurpers, who will go on pushing the country against its will towards Communism, or the Government shall follow a policy which genuinely commends itself to the majority of the public.