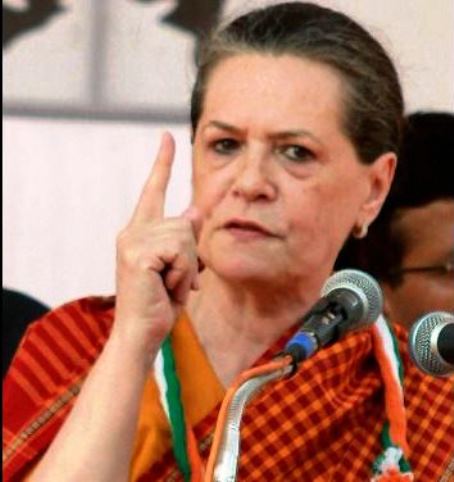 In spite of being in virtual control of the UPA Government for close to ten years, the public by and large is ignorant of Sonia Gandhi’s ideological position and even her loyalty and commitment to her adopted country. Many people, especially in so-called ‘nationalist’ groups believe or used to believe that she is a Vatican plant, installed to facilitate the conversion of India to Christianity. But a close examination shows that since entering politics by becoming Congress President, she and her followers have been friendly to Islamic outfits including terror groups.

Only in the last few months have the media raised the issue of her government’s softness towards terrorism, and its dangers to India’s national security. Emboldened by this softness, Islamists have taken advantage of it to draft a sinister law that holds Hindus alone to be guilty of communal violence by treating them as criminals regardless of evidence.

Before we get into the gist of that sinister bill, we may take a look at the latest terrorist outrage in Patna where the Indian Mujahideen (IM) operatives planted 18 bombs at Narendra Modi’s rally of which several exploded killing five and wounding several. Captured terrorists admitted their goal was to cause panic which they hoped would be catastrophic. But thanks to the volunteers and Sri Modi’s appeal to the crowd to remain calm, no panic ensued.

The question is who is this Indian Mujahideen? The strange story is that it began its life calling itself the Student Islamic Movement of India (SIMI). It was banned by Vajpayee’s NDA Government immediately following the September 11 (9/11) bombings in the USA. Then things took a strange turn. Somehow SIMI got into the good books of Sonia Gandhi. Here are some forgotten facts.

In her speech in Parliament in March 2002, and later in June 2002, Sonia attacked the NDA government for banning SIMI. Earlier in September 2001 itself, her party had opposed the ban. Thanks to Sonia’s defense, the Congress-led UPA Government had to allow the ban to lapse in September 2005. But the Supreme Court asked it to re-impose the ban in February 2006. Thus it allowed the terror outfit a free run for five months! Sonia Gandhi’s Congress-led Maharashtra government admitted that it was SIMI that masterminded the July train blast in Mumbai. It arrested over 200 SIMI activists. Yet, it was the Sonia-chosen president of the UP Congress Party, Salman Kurshid, now a cabinet minister, who was SIMI’s advocate in courts pleading for lifting its ban. It was Sonia herself who was the advocate for SIMI in Parliament.

After the third ban, and despite repeated attempts to have it lifted by UPA luminaries including Sonia Gandhi and Salman Kurshid, SIMI members went on to become part of the overtly terrorist and internationally banned Indian Mujahideen (IM). The Delhi Police stated that Fasih Mahmood played a key role in transforming SIMI into the terrorist outfit IM that was responsible for the Mumbai bombings, and most recently the bombings at the Narendra Modi rally in Patna. Read more at: http://news.oneindia.in/columns/gurumurthy/yet-sonia-defended-them-in-parliament.html

This is still not the full story of Sonia and her family’s softness towards Islamist and even terrorist outfits. In November 2001, when the world was still recovering from the shock of the 9/11 attacks, Sonia Gandhi was asked to give a lecture at the Bin Laden family-founded Oxford Center for Islamic Studies. In her talk titled Conflict and co-existence in our age (Read the full text of her talk here), she essentially whitewashed Jihadi terrorism and even the still fresh 9/11attacks by talking vaguely about ‘extremism and fundamentalism in all religions.’ The Telegraph of London called it a strongly pro-Muslim speech and more than half the audience walked out. Read an analysis of her speech here: www.­americanthinker.­com/­2005/­09/­sonia_gandhis_re­luctant_war_on.­html)

This was in November 2001, less than two months after the 9/11 attacks. One has to wonder why the Bin laden family chose to invite Sonia Gandhi as a featured speaker other than for its propaganda value. After all she is not known to be an Islamic scholar. But somehow they sensed she could be made to take a pro-Islam stand and give a friendly turn by blaming some extremists for the 9/11 attacks and paint it as though Islam and Muslims had little to with it.

This is not an isolated case. Wikileaks has revealed that Rahul Gandhi told the U.S. Ambassador Timothy Roemer that Hindu organizations are a greater threat to peace and security than Jihadi organizations like the Lashkar-e-Toiba. He didn’t of course dare make such a statement in public, but surreptitiously at a dinner where the Ambassador was also present. Whatever the reason, it is undeniable that Sonia and Rahul Gandhi carry an extreme hatred towards Hindus and Hinduism while depending on the Hindu majority both for their security and prosperity. (It is unlikely that either of them will dispense with Hindu guards and ask the less dangerous Lashkar-e-Toiba for their personal security.)

Details of the Prevention of Communal Violence Bill

The latest manifestation of their anti-Hindu bigotry is the so-called Prevention of Communal and Targeted Violence Bill (PCTV). It institutionalizes anti-Hinduism. This legally indefensible and perverse bill makes Hindus criminals by definition. It borrows elements from Islamic theology of dividing the people into “us against the Kaffirs.” Kaffirs are lesser human beings who are criminals by definition because they are not Muslims. Since this is the assumption, any non-Hindu (Muslim or Christian) can bring a charge against any Hindu—without evidence and without revealing his or her identity!

This will be claimed to be done in the name of secularism— like the Shah Bano case and the Imrana outrage.

The complete details of the bill as drafted by Sonia Gandhi’s unconstitutional gang called the National Advisory Council (NAC) can be found at: http://nac.nic.in/pdf/pctvb.pdf . It is a complicated creation made nearly incomprehensible yet sinister in language, but here is the gist of this exercise in Hindu hatred:

1.  A Hindu against whom any Muslim/Christian/minority makes any Complaint shall be presumed in law to be guilty by Police & Courts till that Hindu proves his innocence (Sec70, 71 & 73). Comment: He cannot prove his innocence as he is guilty by definition for being Hindu!

2. An accused Hindu shall have to be immediately arrested as all offences under this bill are non-bailable and cognizable (Sec 56). Comment: This is how the Inquisition courts operated in Europe.

3.  This law can be invoked only by a minority against Hindus. Comment: Since Hindus are Kaffirs and only Kaffirs can be guilty.

4. The accused Hindu shall not be informed as to who has complained against him (Sec 38) but the police has to inform the complainant about the progress of the case. Comment: This too is borrowed from the Inquisition. Only charges are made and heard, not who made the charge.

5. A minority is not required to give any evidence to support his complaints against Hindus (Kaffirs) (Sec 70, 71 & 72). Comment: This again is a combination derived from Islamic theology and the Inquisition.

6. A Hindu refusing to do business with any minority shall be immediately arrested [Sec 3 (f) (i)]. Taking advantage of such anti – Hindu laws, a minority can force a Hindu to sell /rent his property and even surrender his daughters to minorities. Comment: This takes us back to the days of medieval India where Hindus and their property including children could be confiscated by Muslims. This was so in the Ottoman Empire also where non-Muslim children were the property of the Muslim rulers.

7. A minority cannot be punished for making even false complaints/ statements against Hindus (Sec 40). Comment: This combines Islamic ‘justice’ and Inquisition courts. As Kaffirs, Hindus are always guilty, while in an Inquisition the accuser is always right because the Pope is infallible.

This means if this law is passed, it makes Kaffir Hindus guilty and punishable simply because they are Hindus and some member of the ‘Group’ (non-Hindu) has a complaint! Many minority institutions including Jamiat-e-Ulema Hind are putting pressure on the Congress for passing this bill. Hence the Congress will try to pass this bill saliently to win the upcoming 2014 elections with the help of Muslim votes. Gulam Nabi Azad has said that the UPA Government is committed to passing this bill.

Further, this bill also makes it possible for any Hindu to be made a criminal merely on the complaint of a non-Hindu. This is how Islamic theology treats Kaffirs. Even worse, only anti-Hindu evidence is admissible and none that can prove him innocent. This is how the Inquisition courts operated. It is no secret that Sonia’s NAC is a hotbed of anti-Hindu fanatics and her advisors include such rabid anti-nationals like Teesta Setalvad and Harsh Mander.

The goal seems to be to terrorize Hindus to be slaves in their own country. If passed, the PCTV bill makes it potentially a crime to be a Hindu. This will be the true legacy of Sonia Gandhi and her Congress party.