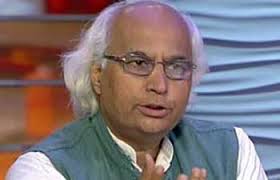 If a man batters his wife every day but regularly delivers a discourse on woman empowerment as well, he deserves to be forgiven. If a pedophile runs a campaign for human rights, he should be accepted as a respectable person for the nice things he says. These are some of the conclusions that can be drawn from the ideology of , a public intellectual who has been an aide of Atal Bihari Vajpayee and L.K. Advani at different times. That such a decadent scalawag can rise so high is a sad commentary on the level of public discourse in our country. While the media remained focused mostly on the voluble braggart Ved Pratap Vaidik, the shenanigans of Kulkarni went largely unnoticed.

Watching Kulkarni on Times Now justifying his and other peace maniacs’ efforts to bring India and Pakistan closer was an irritating experience. Here was a man who has been callous to human suffering. Kulkarni is also unable to perceive the evil of jihad as a threat to mankind. So besotted is he with the shibboleths and slogans of liberal theology—no faith preaches violence, terror has no religion, let’s give peace a chance, only dialogue can bring harmony—that he persistently refuses to acknowledge the reality as it exists.

In Kulkarni’s scheme of things, words possess infinite powers—even if they are clichés and platitudes which have been hollowed out of all meaning because of the abuse they have been subjected to by tyrants, their apologists, deceivers, and crooks. So, former ISI directors might have engineered the exile of Kashmiri Pandits from the Valley, plotted the murder of innocent Indians, and perpetrated a thousand crimes against our country, but they just have to condemn terrorism and violence to be accepted as decent human beings.

This was the inference of what he told Arnab Goswami when asked about his participation in an event organized by the Pakistan-based Regional Peace Institute (RPI). Kulkarni insisted that we should focus on the nobility of the thoughts of the ex-ISI officers rather than the vileness of their actions. He wants us to forget the attack on our Parliament, the 26/11 massacres, and countless other cruel acts perpetrated at the behest of Pakistan; we should only remember that we cannot change our neighbors. We should also remember that dialogue with Islamabad should be, in the words of the Indian delegation leader Mani Shankar Aiyar, “uninterrupted and uninterruptible.

In their Joint Declaration, the Indian and Pakistani delegates urged “the Prime Ministers of Pakistan and India to resume dialogue for peace and full normalization of relations.” Further, “strong desire was expressed from both sides to free ourselves from the bitter legacy of acrimony. The desirability of peace with justice and equity for both sides was accepted by all delegates and it was resolved that this message should be carried across to a larger cross-section of people on both sides of the border.”

That a couple of former ISI chiefs also expressed these views only shows how meaningless these words and sentiments are (We would not take an anti-corruption sermon by Lalu Prasad Yadav, a convict in graft case, seriously). Worse, the declaration is dangerously misleading, for it tends to dupe the people of India into believing that important people in Pakistan are keen on good relations with India. Fact, however, is that they are murderous hypocrites who just want to deceive us; otherwise, they would not have allowed vicious killers like Hafiz Saeed operate from their country, or at least would have brought them to justice for the terror strikes he executed against India.

The Pakistanis succeeded to some extent: they won over such grandees as Dileep Padgaonkar, Siddharth Varadarajan, Zoya Hasan, and Barkha Dutt. Perhaps, they were already the converted ones, Pakistan’s useful idiots, who had to be recharged for the fool-India mission. Islamabad wants India to forget 26/11; the generals and mullahs want that we should never ask for punishment for the guilty.
At any rate, in the world of the Kulkarnis and the Aiyars, there is no such thing as punishment; there is only an overarching goal—peace. A laudable goal no doubt, but it can exist only in a political, religious, social, and cultural milieu; but this milieu, unfortunately, does not exist in the fantasyland Kulkarni and his fellow peaceniks love to dwell in. Peace is an abstraction, unrelated to any real milieu. It is indeed poetic—as Kishore Kumar sang, ‘Aa chal ke tujhe mai le ke chaloon ek aise gagan ke tale/jahaan gham bhee na ho, aansu bhee na ho, bas pyar hi pyar pale.’

There is nothing wrong in such flights of fancy, but these should be confined to poetic gatherings, the departments of literature; the moment poetry invades the realm of statecraft, trouble begins. This was the reason that Plato had banished poets from his ideal republic. A liberal democracy need not and should not adopt such measures but its keepers ought to ensure that poetic license does not play havoc with policy and decision making.