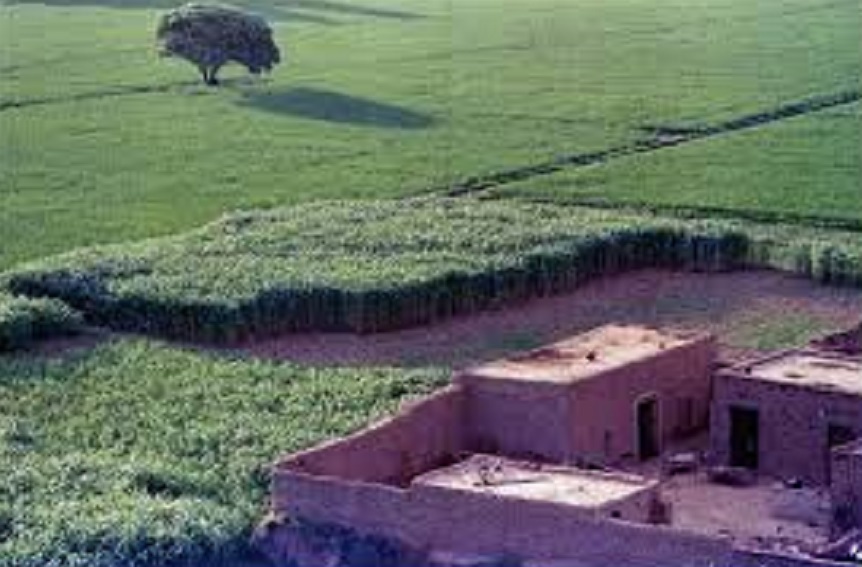 What’s in a name? A lot it would seem. We have been discussing the ‘Land Acquisition Act’ widely over the past few months. However, there is a lesser known official title of the bill which reads thus: Right to Fair Compensation and Transparency in Land Acquisition, Rehabilitation and Resettlement Bill.

The title is self-evident in that it points to three main tenets of this Act besides land acquisition itself – Fair Compensation, Rehabilitation and Resettlement. These three tenets are of utmost importance as they touch the lives of people on the ground in all cases of land acquisition. What has the present government done with these tenets? The Narendra Modi  government has kept all three intact and has only enhanced them through the amendments.

For an ordinary citizen, the Amendment Bill would be like a dream come true. We have long been complaining about the rigidity and snail’s pace involved in the past government’s bureaucratese. The Indian people’s grievances over the decades have now been heard and the government is removing itself from places where procedures need not be choked by its presence and is retaining its role only in the form of facilitation. In the case of land acquisition, the choke at the Social Impact Assessment level is being removed for special projects and facilitation in compensation, rehabilitation and resettlement of the people is being focused on with greater care.

Another point that the detractors of the Bill fail to understand is that when the government wants to acquire land for affordable housing and industrial corridors, the ultimate beneficiaries are the inhabitants of that very area itself – whether in the form of a house, easy transport, better connectivity, new economic opportunities, new employment or re-developed real estate. If the same detractors had listened to the people more carefully, they would also have heard the demand for development infrastructure made on the government and woken up to it. The Bill seeks to fulfil these demands but the immediate need is to reduce possible delays that are holding up progress.

Any person who has ever dealt with a land issue whether with the government, in courts or otherwise knows that inordinate delays persist. Where the government has promised to build a bridge or a school and has acquired land for it, there is the obvious expectation that the village will have access to such a bridge or school at the earliest and that is the price that they pay for by way of their land. However, because of systemic delays, these projects do not take off for years, people remain unsatisfied and develop a deep distrust towards the government. It is this trust deficit that prevents people from acquiescing readily to land acquisition proposals now – a trust deficit due to the inefficiency of past governments.

The present government is led by an able and decisive leader and wants to erase this black record and deliver services to the people with integrity. The people can trust that this government is not shackled by scams and corruption, and is, therefore, more likely to perform. These are not simply words – a live example can be seen in Gujarat’s model of land acquisition. It has been touted as the country’s best model by none less than the erstwhile Planning Commission and the Department of Industrial Policy and Promotion (Commerce & Industry Ministry) in early May 2014.

On the question of consent, the government already retains the right to acquire land if it is deemed necessary. This clause has been reasonably extended to projects with private involvement as a large number of government projects are now falling within this ambit. Again, this brings us back to avoiding the hurdle of inordinate delay in projects, whether government or collaborative.

Having said that, land is acquired with commensurate compensation, and rehabilitation over and above, unlike any private acquisitions. In private negotiations for sale of land, if your negotiating powers are not strong, in all likelihood you will undersell and there is no guarantee that you would get the best price for the land. However, the government guarantees that you will get four times the market price in rural areas and two times the price in urban areas. Can any other entity in the market guarantee or give this assurance to a landholder, and also promise rehabilitation?

There is also the question of land being resold by private parties. While this may be the case, the Act puts in a protection that if such a resale were to happen, 40 per cent of the proceeds will go back to the original landowners. Not only does the landowner get compensation, rehabilitation, resettlement, he/she can also get additional monetary benefits if it so turns out that the land has to be resold. This is an assurance that the persons affected are being compensated every step along the way and which has been left untouched in the new Amendment Bill.

Moreover, land is a state subject. If the state government of the opposition parties could show a better path, we probably would not have seen Gujarat headlining as a model for land acquisition last year – it is a telling sign that no such successful model has been brandished by these parties so far. Since the passing of the Act in 2013, very few State governments have actually taken the efforts to notify the rules for ground implementation. It is a tad hypocritical to protest on an Amendment Bill when they have been so lackadaisical in implementing the Act purported to be perfect!

Recently, it was reported that there is a 40 per cent increase in farmer suicides in Maharashtra. Drought and unexpected heavy rains have ruined farmers and pushed them to the brink. The latest Agriculture Census of India (2010-11) reported that more than 80 per cent of the farmers have an average land holding size of less than one acre. Combined with weather and market risks, a majority of these small and marginal farmers are left in a state of perpetual distress. Government projects that can generate employment, provide compensation and rehabilitation through employment opportunities (the Amendment Bill assures one job per family), the situation of these small and marginal farmers will be ameliorated.

If the opponents of the changes can open up their minds a little further, large scale irrigation projects, cooperative and industrial farming can also be initiated through land acquisitions, giving a new lease of life to the agricultural activities of small and marginal farmers. Skill India is another excellent avenue for rehabilitation packages envisaged under the LARR Act. If we can factor in skill development programmes in rehabilitation, we will be imparting lifelong skills and not merely jobs. This will take away the criticism of jobs being of a temporary nature as well and will fulfill the adage of teaching a man to fish for a lifetime, rather than simply handing him fish for a day.

We have miles to go before we acquire and even longer, before we instill true development and progress. As a growing country, we should be focussing on how to shorten this road and collectively contribute rather than stalling it by spreading falsehood and misperception.  As Swami Vivekananda said, ‘Make way for the life-current of the nation. Take away the blocks that bar the way to the progress of this mighty river, cleanse its path, clear the channel, and out it will rush by its own natural impulse, and the nation will go on careering and progressing.’

The author is Member of Parliament, New Delhi.