For Leela Samson, hypocrisy is a fine art 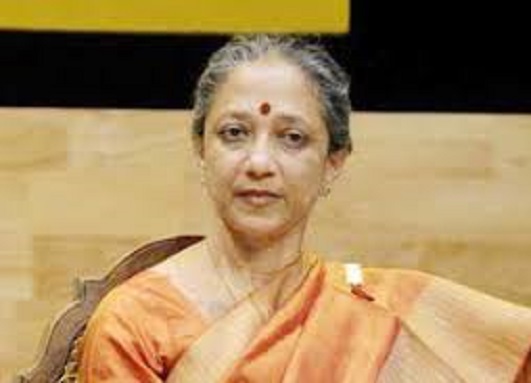 The controversy surrounding the movie MSG and censor board chief Leela Samson’s resignation has once again underlined the fact that all efforts to control freedom of expression inevitably result in anomalies, petty politics, and spitefulness. What is farcical is that Samson, whose own past is not without taint, is trying to portray herself as a champion of ethics and aesthetics.

This is despite the fact that the Central Board of Film Certification (CBFC), which is how the censor board is technically called, had disallowed public viewing of the movie—a decision that was an assault on creativity (It’s a bad film all right, as evident from the trailer, but creativity is not the prerogative of good artists; even bad artists have a right to express themselves). The decision was overturned by the Film Certification Appellate Tribunal. Nine members of the board followed suit; like Samson, they also hurled all kinds of charges at the government.

[pullquote]As American conservative writer David Horowitz said, “Inside many liberals is a totalitarian screaming to get out. They don’t like to have another point of view in the room that they don’t squash and the way they try to squash it is by character assassination and name calling.”[/pullquote]

Keen to appear as a martyr to the cause of propriety, Samson lamented about the “recent cases of interference in the working of the CBFC by the Ministry” of Information & Broadcasting. She also complained about “coercion and corruption” and the fact that no meeting of the board was held for a long time.

Minister of State for Information and Broadcasting Rajyavardhan Rathore cogently countered her allegations, “Leela Samson had powers to call board meeting, so it was her call not to call the meeting.” He also dared her to show any evidence of coercion and interference; she has failed to do so.

Further, he said that she herself appointed CEO, who was arrested on the corruption charges.

As for propriety, in April 2012 Samson was forced to quit as director of the cultural body, Kalakshetra Foundation, after a PIL questioned her continuance, as she was over 60. A writ petition filed against Samson, who is also a Bharatanatyam dancer, by a former Kalakshetra teacher had sought clarification as to why she was still the director when she was 60. There were also adverse comments by the Comptroller & Auditor General against her.

Pro-Samson board members have pointed out that MSG promotes superstition and obscurantism. Now this is treading on thin ice, for the line between religion and obscurantism is thin, often blurred. Is bathing in the Ganga during Kumbh superstition or religion? The river is so polluted that a dip is surely unhealthy, so should the ritual be dismissed, condemned, or banned as mindless ritualism? Is beating oneself with chains and sharp objects during Moharram obscurantism, or part of faith?

[pullquote]What is farcical is that Samson, whose own past is not without taint, is trying to portray herself as a champion of ethics and aesthetics.[/pullquote]

In Dev Anand starrer Guide, termed as the “best Hindi film ever made without qualifications” by Naseerudin Shah, a fast brings rain during a famine. Was it the promotion of superstition or Vedanta? Or just artistic licence? The Samson lobby might have contemplated ban on the classic as it has not heard about something called religious freedom.

Such is the disposition of our liberals. As American conservative writer David Horowitz said, “Inside many liberals is a totalitarian screaming to get out. They don’t like to have another point of view in the room that they don’t squash and the way they try to squash it is by character assassination and name calling.”

In India, the situation is even worse; it is mostly totalitarians who masquerade as liberals, shamelessly promoting the discredited ideology of socialism, the ideology that was responsible for the death of millions of people and untold misery all over the world. So, the parallel cinema blokes like Shyam Benegal and Govind Nihalani went on spreading dangerous Leftist ideas with impunity. That was okay, but a clownish, funnily-dressed god-man wiping out evil is objectionable. The double standards of our liberals are shocking.

Till a few days ago, Samson was waxing eloquent about the right to freedom of expression. When asked to comment on the demands for proscription of the movie PK which many Hindu groups were uncomfortable with, she said, “Every film may hurt religious sentiments of somebody or the other. We can’t remove scenes unnecessarily because there is something called creative endeavor where people present things in their own way. We have already given certificate to PK and we can’t remove anything now because it’s already out for public viewing,” she told PTI on December 29.

In a span of a few days, religions sentiments take precedence over “creative endeavor.” Hypocrisy is Leela Samson’s middle name.