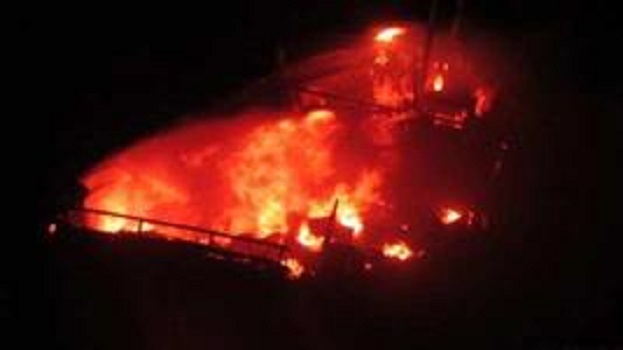 The die was cast, the tables were cleared and fresh plans were laid out sometime in May 2014. Left wingers and the Anglicized seculars rallied to the bugle call to save India’s secular fabric from the unwashed natives who seemed to have gained unprecedented power.  After a few months of stock taking and planning the offensive has begun. The strategy is simple and time tested, [it worked for the Left-Secularist combine in 1977, 1979 and again in 1998-2004]. Make the nationalist government appear anti-minority, fascist and Hindu supremacist. The tactic to achieve this? Manufacture outrage over non-issues  and distract the attention of the people from the development driven agenda of the government.

The objective of this outrage-mongering is to create a perception of chaos and mismanagement in the minds of people by producing and distributing copious amounts of  outrage literature via various channels – media and media-run outrage durbars, left leaning intellectuals, seminars and papers, religious minority pressure groups, protest marches and similar outrage outlets. The idea is to cast a sorcerous  fog over the minds of the people by labelling everything as ‘Hindu terror’ or ‘Hindu Fascism’ with liberal a sprinkling of RSS, VHP, Hindutva etc. And as we have seen in 2004, it does not take much for the self-loathing Hindu to bite the bait. Here are a few representative samples.

Let’s start with the recent Hindu scientific temper article. The article picks up claims which have been in the public domain for decades on flying objects to propel them to make a case that the current BJP government is promoting such ideas.The article paints the entire Hindu community as lacking scientific knowledge or temper because of a few random examples taken out of context. If Hindus indeed lacked scientific temper or a rational mind, we wonder why they are rated highly in the world scientific community apart from being credited with many inventions and scientific achievements in India and abroad?

The objective of such articles and tweets is to paint ancient Hindus as barbarians incapable of anything scientific or rational thought and any such claims by Hindus is archaic revivalism or a Hindu “supremacist” attitude promoted by BJP/ RSS. Never mind the fact that the world recognizes India as the mother of Mathematics and Algebra and many other scientific achievements which mostly go unrecognized in Indian school books or mainstream books and journals.

A few weeks ago, there was the ubiquitous ‘Hindu terror’ doing the rounds on television not to mention the “danger” posed by “Saffronisation” and “Sanskritisation” of the education system under the supervision of the RSS as genocidal—never mind the fact that all Indian languages have their roots in Sanskrit. ‘Ghar Wapsi’ is yet another Hindu bogey, which has been raised to obfuscate the development agenda of the BJP government or the real threat posed by large scale conversions of Hindus across India. The re-initiation ceremony of native Muslims and Christians back to Hinduism is not a new development: it has a history dating back to at least the founding of the Arya Samaj. However, there is a studied silence even as Christians and Muslims have escalated their conversion efforts in the recent years. In any case, why was ‘Ghar Wapsi’ not a threat to the ‘secular fabric’ when the Congress was in power for the last six decades?

[pullquote]If Hindus indeed lacked scientific temper or a rational mind, we wonder why they are rated highly in the world scientific community apart from being credited with many inventions and scientific achievements in India and abroad? [/pullquote]

Similarly, the phenomenon of Love Jihad, which has been recognized by the Kerala High Court and even Congress ministers in Kerala as a social evil with an intent to change the demographics of a region, has been treated by the media and the Left-Secular combine as a figment of Hindu imagination and the BJP/ RSS plan to communalise the national atmosphere. It’s another matter that various incidents that have come to light are contrary to the liberal outrage.

Protest against insults to Hindu traditions, culture and Gods through plays, movies and even advertisements by justly indignant natives are being portrayed in the media as “rising Hindu majority intolerance and fascism” abetted by the BJP/RSS/ VHP. Why is it ok to insult the Hindus but why does a protest by them invite labels such as Hindu Fascism, Hindu Supremacism or Hindutva etc?

The latest incident where a Pakistani terror boat carrying explosives blew up itself is a case in point. The entire Left-Liberal media in chorus with the Congress has been questioning the Government in shrill tones. Leading the charge is Praveen Swami a journalist. We wonder about the agenda behind questioning the terror boat. Indeed, some have even gone to the extent of denying the terror boat. What do they aim to achieve by this denial?  The BJP’s tough stand on cross-border firing by Pakistan is also being challenged by the Congress as counterproductive. In matters of conflict with an enemy country, one expects all Indian politicians to unite and fight the external enemy but here we see Indian politicians join the enemy to oppose the BJP Government and deny it any credit for positive measures.

The screen shots above are just a few prominent samples of the selfsame media outrage durbar. Given this, we know what to expect in the ensuing years – a hijacked parliament over sundry and imagined outrages, Left-Liberal protest marches, seminars, research papers and books titled ‘condition of minorities under a Hindu government’ and similar discourse, help from foreign agencies to publish more and more outrage stories, and so on. One has only to look at Left-Secular playbook about Gujarat from 2002 to 2013 to get a fair idea of such manufactured outrages. Being forewarned is being forearmed.