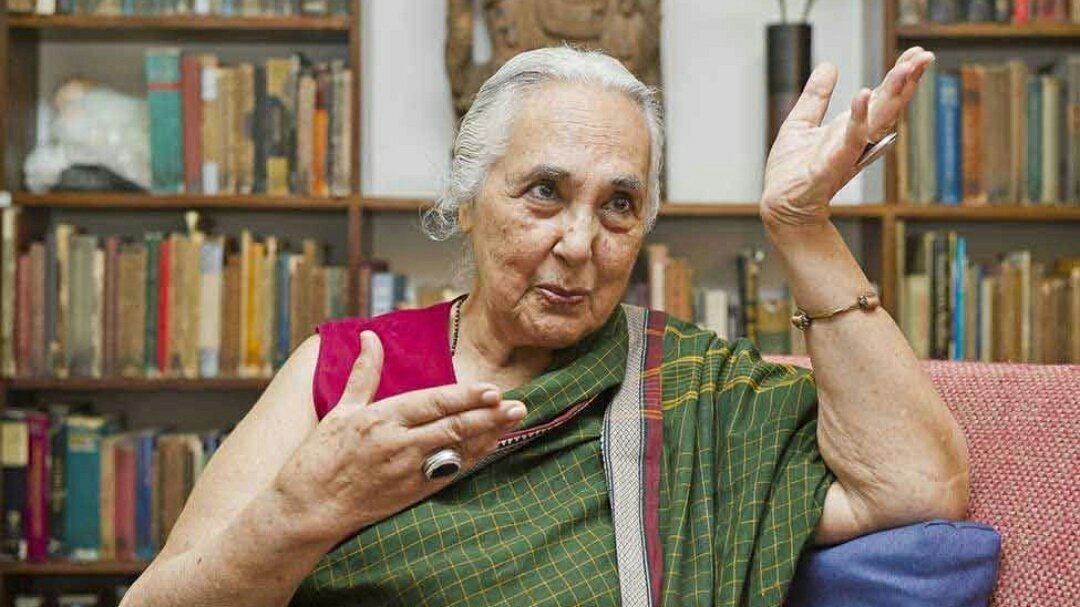 The human mind is controlled primarily by two psychological phenomena – reason & passion. These concepts were acknowledged in the great ideological debate between the arch proponents of Classical Liberalism (today identified as Conservatism) and Radical Liberalism; namely Edmund Burke and Thomas Paine. While the former firmly believed that reason as a lived reality and as an outcome of experience controlled one’s social behaviour and decision making, the latter fiercely advocated that the human mind, if not subjected to any nefarious social externalities would inevitably showcase instinctively (and passionately as a consequence), reasonable actions.

The present controversy surrounding the JNU administration’s enquiry into Professor Romila Thapar’s curriculum vitae as a part of its general administrative review seems to have provoked a plethora of passionate reactions in the form of raised eye-brows coupled with an aggressive obloquy from a majority of left-liberal academicians who comprise of the crème de la crème of the social sciences.

It would be fair to note that Professor Thapar is not the only academician from whom the JNU authorities have sought a CV for their procedural exercise. The same has been invited from every senior academician who had been conferred the title of an ‘Emeritus Professor’. All of these twelve academicians are rightfully doyens in their respective fields of academic expertise.

In this article, we endeavour to critically analyse the passionate reactions expressed by several contemporary critics and propose that the left-liberals take a detour. To counter the alleged nefarious forces at play, the concerned stakeholders must learn to argue analytically. We conclude with the idea that a more objective balance must be struck between reason & passion.

Let us begin with a few undeniable acknowledgments: Professor Thapar is undoubtedly one of the doyens our Indian social science academia boasts of. Her works, like each of the eleven other senior professors, is widely cited and admired by academicians based outside India.

That said, it is indeed surprising to see the arguments put forth by her admirers!

Let us point out to one instance of the reactionary havoc. A certain group of reactionaries seem to have come up with an image comparing the CV’s of Professor Thapar and the present JNU Registrar. The image seems to question the audacity of the Registrar to even ask for a copy of the respected historian’s work profile.

We humbly submit that there are some serious issues with this method of argumentation. First, we fail to understand what this image aims to achieve. The ‘right to question or ask’ is one of the most highly regarded liberal values that have been time and again advocated by the pioneers of liberalist school of thought. Do the liberal reactionaries mean to say that an academician having lesser number of scholarly accolades is beneath or intellectually inferior to the likes of the great Romila Thapar and thereby incompetent to question her intellectual commitment?

One can understand that it is indeed unfair and disrespectful that an academician of Professor Thapar’s repute, who has been conferred the Padma Vibhushan, be asked to submit her ‘CV’ to reassure the administration of her continuing academic commitment. However, at the same time, one cannot be allowed to construct an imagery of intellectual hierarchy amongst academicians in order to brow beat or bully administrations to bow down to the social prowess of a group of senior intellectuals.

The reactionaries and stakeholders fail to understand that in doing so, they unconsciously (or perhaps intentionally) end up creating an elite group of intellectuals or academic bourgeoisie (as is called in Marxist terminology). It would be a hypocritical act to support the indirect creation of the very elite class left-liberals tend to oppose. The predominant presence of this class of intellectuals would make them unchallengeable and their God-like reverence would elevate them to a sacred pedestal of social unaccountability.

At the same time, this line of argument has no substantive rationale in it. A lower numerical count of scholarly accolades cannot be a reason to regard an academician as one of low/below average intellect. One wonders what would happen should the capitalists take inspiration from this and draw an analogy citing numerical statistics which convey the failure of socialism in different places where capitalism has triumphed. Would that mean that socialists should stop critiquing the capitalist society and concede to the latter’s’ triumph. This form of argument, if made, would indeed be a ridiculous one!

Second, one shouldn’t altogether ignore the legal nuances of this matter. A bare reference to Section 32 sub clause (g) of “Guidelines for conferment of the title of ‘Professor Emeritus’ in JNU clearly empowers the administration to review the works of the concerned academicians as a form of declaratory right.

Please note that the word is ‘will review’ (declaratory right) and not ‘must review’ (mandatory right) or ‘may review’ (discretionary right). The word ‘will’ legally empowers the JNU authorities to enquire into the current academic projects of the Emeritus Professors once they cross 75 years of age as a part of its procedural requirement.

The very fact that this formality was not done in the previous years does not bar (at least legally) the administration from executing this procedural drill in the present instance. Therefore, the JNU authorities are fully within the bounds of their ‘administrative legal rights’.

On an ending note, we submit that the left liberal academia has to stop pretending like a touch-me-not plant. The paranoid reaction that was provoked in this entire episode was completely unwarranted. Instead, we propose the idea that in an ideological war being reasonably passionate is always better than adopting a passionately unreasonable path. In the present juncture, it seems that the balance has been wrongfully tilted towards the latter. If the liberals wish to counter the alleged subversive mischiefs of the right-wing forces it will have to stop behaving like an over sensitive child and keep its misguided ego and temperamental passions under check!