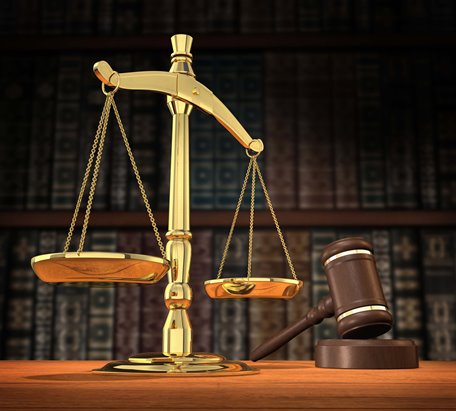 Tarun Tejpal’s latest ploy of blaming the BJP for implicating him in the rape case is now the news doing the rounds. That Tejpal, on that ground, has sought the transfer of the investigation from the Goa police to other agencies (read CBI) does not come as a surprise. Tejpal’s indirect insinuation is not hard to miss—because Goa is ruled by the BJP.

Well-aware of the standard modus operandi of the secular-liberal worthies, IndiaFacts had anticipated that Tarun Tejpal might resort to such dubious means to pervert the course of justice. Therefore we had in an earlier article, made the readers aware of the legal procedure involved in transferring the investigation of a criminal case from the State Police to the CBI. Tarun Tejpal’s application to the Delhi High Court seeking anticipatory bail, which also seeks transfer of the investigation from the Goa Police, has only confirmed our suspicions about Tejpal.

In the application, Mr. Tejpal also sought transfer of the case from the Goa police. He submitted that “the applicant apprehends the instant investigation being carried out by the Goa police is patently tainted, unfair and being used as an opportunity to satisfy the long-standing grudge and of the political executive against the works and ideological stand of the present applicant…

“The bias of the BJP against the applicant [Mr. Tejpal] is a well-known fact and has earlier been nastily manifested in a manner in which Tehelka was targeted post its expose on corruption in defence deals in 2001…,’’ the application said. “The present FIR pertains to a false and concocted version of an intimate encounter between two individuals which has been played out as allegations of sexual assault against the applicant [Mr. Tejpal] and it is clear that the same are being propelled as part of some mala fide scheme.”

Let us examine Tarun Tejpal’s assertions in light of the law on the matter.

In a catena of cases including Narender G. Goel v. State of Maharashtra & Anr. [2009 6 SCC 65], Central Bureau of Investigation & Anr. v. Rajesh Gandhi & Anr.[(1996) 11 SCC 253] and the Madras High Court’s decision in Nakkheerangopal alias R.R.Gopal vs The State Of Tamil Nadu [13 April, 2006], the principles laid down by the Supreme Court for transferring an investigation to CBI are as given below:

(1) The decision to direct an inquiry by the CBI against a person can only be taken if the High Court, after considering the material on record, comes to a conclusion that such material discloses a prima facie case calling for an investigation by the CBI and the same cannot be done as a matter of routine or merely because a party makes some allegations.

(2) The investigation having been completed by the police and charge-sheet submitted before the Court, it is not for the Court, ordinarily, to reinvestigate the matter, especially by entrusting the same to a specialised agency like CBI.

(4) The determination of a plea of mala fide involves two questions, namely (i) whether there is a personal bias or an oblique motive; and (ii) whether the administrative action is contrary to the objects, requirements and conditions of a valid exercise of administrative power.

(5) The action taken by the police must be proved to have been made mala fide for some considerations. Mere assertion or a vague or bald statement is not sufficient. It must be demonstrated either by admitted or proved facts and circumstances obtainable in a given case, to prove mala fide.

(6) By no stretch of imagination, the mere fact that the investigating agency omitted to investigate into some aspects would be inferred to be a mala fide act. It may be a bona fide opinion. Before countenancing such allegations of mala fides, it is the responsibility of the Court not only to insist upon making specific and definite allegations of personal animosity against the investigating officer on the side of the investigation but also must insist to establish and prove them from the facts and circumstances to the satisfaction of the Court.

(7) So far as the plea of malice is concerned, the same must be attributed personally against the person concerned and not collectively. Even in such a case, the persons, against whom malice on fact is alleged, must be impleaded as parties. [Emphasis added]

Keeping these well-settled principles laid down by the Supreme Court in the background, let us examine the facts of Tarun Tejpal’s case.

First, the State Police has not yet placed any material on record before the court as the matter is still being investigated. On what basis can the court come to any conclusion, without having any material evidence presented before it? Just because Tarun Tejpal throws allegations against the investigative agencies, the court cannot routinely refer the case to the CBI.

Second, the most important principle that the court would rely on is the one laid down by the Supreme Court in Central Bureau of Investigation & Anr. v. Rajesh Gandhi & Anr.[(1996) 11 SCC 253]:

The accused cannot have a say as to who should investigate into the offences, with which he is charged. [Emphasis added]

If this principle is not upheld, then it might lay a dangerous precedent where a person accused of a crime may seek transfer of investigation to an agency that he prefers by imputing motives to the original investigating authorities. This will not only frustrate every investigation and prosecution, but will importantly subvert the rule of law.

Third, Tejpal must prove that the action taken by the police is mala fide. Mere assertion or a vague or bald statement is not sufficient. It must be demonstrated either by admitted or proven facts and circumstances obtainable in a given case, to prove that it is indeed mala fide. What proof can Tejpal give to establish that Goa police acted out of mala fide intent, especially when they registered the FIR only upon the leakage of the victim’s letter and upon registration, have followed the standard procedure for investigation as prescribed by the law?

Fourth, the questions to which Tarun Tejpal has to provide satisfactory answers are as follows:

Fifth, and most importantly, we need to examine this portion of Tarun Tejpal’s bail application:

…the present FIR pertains to a false and concocted version of an intimate encounter between two individuals which has been played out as allegations of sexual assault against the applicant [Mr. Tejpal] and it is clear that the same are being propelled as part of some mala fide scheme.

If this is true, Tarun Tejpal will need to answer a very crucial question:

Lastly, if Tejpal feels that he will not be treated fairly by an investigating agency under the BJP government because his journalism was opposed to the BJP’s ideological stance, then by the same reasoning, thousands of others may feel that the ends of justice will not be met if the case is investigated by the CBI, which the Supreme Court itself called a ‘caged parrot’ under the control of the Central Government led by the Congress. And this, especially when the Congress’s affinity to Tejpal  is well-known.

These and more such serious questions will be posed by the court to Tarun Tejpal. Unless he provides satisfactory answers, there is every likelihood that his application might be “thrown out at the threshold.”