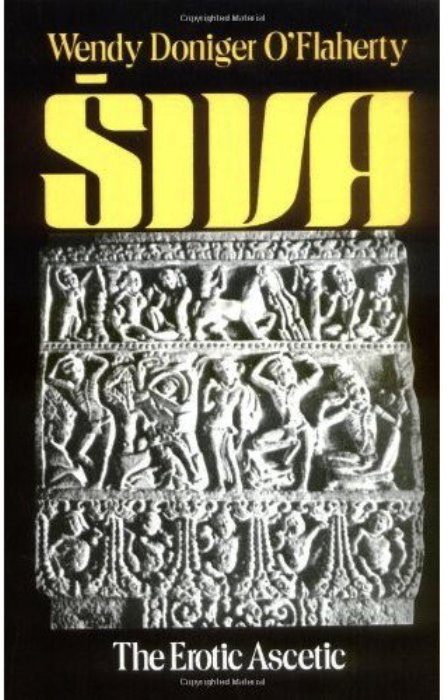 I am a U.S. academic, now retired, with over twenty years at several universities. I have prepared this document at the suggestion of friends and colleagues outraged by the theme, content and attitude of Wendy Doniger, author of Hindus: An alternative history, and her publisher Penguin. It is important to note that the title says that the book is about Hindus, and not just Hinduism.

Her book shows profound ignorance of Hinduism as a spiritual tradition by attributing to its followers a caricature that is nothing but a reflection of her own sex-obsessed diseased mind: it tells us more about Doniger and her state of mind—racist, obsession with abnormal sex and a tragic life devoid of the finer feelings of human relationships that forces her to seek release in perverted thoughts—than about Hindus or Hinduism. As ‘history’ it is a catalog of lies and blunders.

The Divinity School of the University of Chicago where Doniger teaches calls itself a “…tough-minded, sprawling, rigorous and dynamic conversation…” and that is exactly the spirit in which I am going to approach her and her work. Her book is a sexual fantasy that uses the tactic of name dropping from Hindu texts as props with scant regard for accuracy. (See India Abroad Magazine, February 21, 2014; Pages A14, A15 and A17 for details.)

Her shoddy approach to scholarly work and tendency to bluff and intimidate those questioning her facts were fully exposed during the lawsuit. This shoddy scholarship and fabrication of data were what made her publisher withdraw and pulp her book. These could not be defended on the grounds of freedom of expression. Her conduct was legally indefensible and left her publisher vulnerable. Sensing defeat, Penguin chose the only way out.

Doniger’s response was a typical falsehood in which she blamed “…the Indian law that makes it a criminal rather than civil offense to publish a book that offends any Hindu, a law that jeopardizes the physical safety of any publisher…” This too is a falsehood: the law in question protects all religions not just Hinduism. All this suggests that Doniger has only contempt for truth, especially when it stands in her way.

There were no threats and the book was not banned: Penguin decided to reach an out of court settlement because it was on a weak wicket, legally speaking. Contrast this with the treatment meted out to Salman Rushdie, Taslima Nasreen— or Ram Swarup whose scholarly yet non-pornographic work Understanding Islam Through Hadits was banned.

So Doniger’s pose as a victim does not wash. It was precisely because Hindus are not violent that Doniger targets Hindus in her pornographic treatises. So it is safe to vent her hate and frustration at Hindus rather than at the violence-prone Muslims or Christians whose patronage is essential for her continued employment at the University of Chicago Divinity (?) School. Similarly, her claim as a Jew cannot excuse her racism and hatred towards the Hindus, the only people in history to have never persecuted the Jews.

Recalling Doniger’s excuse “…the Indian law that makes it a criminal rather than civil offense to publish a book that offends any Hindu [Sic: false.], a law that jeopardizes the physical safety of any publisher…” also smacks of arrogance. So, India (and presumably other countries) should change their legal systems so this sick woman is free to peddle her pornography without regard to its possible negative influence on impressionable minds— in classrooms, homes and playing fields. She is after all supposed to be an academic whose books are meant to be used by students and teachers.

This hedonistic posturing raises an interesting point: are there no boundaries even for teachers whose work may influence young minds? How about child pornography then— a perversity which going by the record Doniger is fully capable of? Are we to stand by and let her exercise her ‘right’ to interpret material sacred to others using child pornography as medium? If not her, one of her imitators and/or admirers is sure to do it sooner or later.

This is damaging to society, above all to children. But a sick, self-obsessed hedonist like Doniger cannot be expected to show any consideration for society or its children. Hence society must protect itself against predators like Doniger. That is what laws are for. Most countries including the United States have laws against child pornography. Several activist groups are examining Doniger’s works to see if there are passages that may be grounds for prosecution under child pornography laws in various countries including the U.S.

This is a criminal offense far more serious than the one under which her book was withdrawn by Penguin. We are grateful to Mr. Batra and his associates for showing how decency laws can be used to deal with anti-social pretenders to scholarship like Wendy Doniger. (Example: Sec. 43.24. SALE, DISTRIBUTION, OR DISPLAY OF HARMFUL MATERIAL TO MINOR.)

Wendy Doniger carries the title Mircea Eliade Professor; I suggest changing it to Marquis de Sade Professor would be appropriate. (For the record, Mircea Eliade was no less an unsavory character. He was a member and supporter of the Romanian Fascist Iron Guard, and during World War II said to have been a Nazi Gestapo agent and close to fascist dictators Franco and Salazar. Only Doniger has given his legacy a new turn.)

In any event, legal options will continue to be explored. Personally it has been a painful journey. Over the past several decades I have had the pleasure of interacting with students and faculty at the University of Chicago in the sciences and mathematics. The most cherished was a brief association with the late Subrahmanaian Chandrashekar, a Hindu no doubt despised by Doniger, but brought more honor to the University with his Nobel Prize in physics than Doniger with her pornographic excesses.