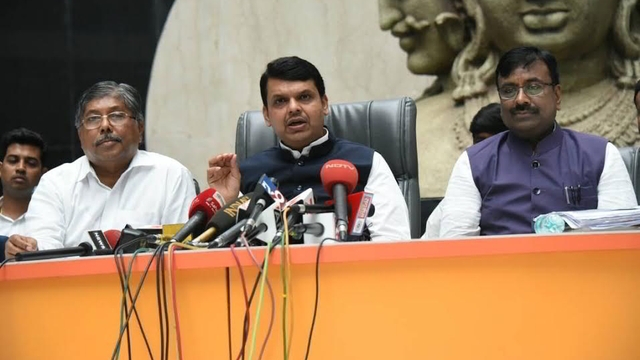 First, on June 24, this year, the government announced a mega agri-loan waiver of Rs 34,022/- crores after a state-wide agitation by farmers. The government had set a cap of Rs 1.50 lakhs for the loan waiver. Chief minister Devendra Fadnavis had then said 89 lakh farmers would benefit from the scheme.

Then, on July 5, the eligibility of farmers was enhanced. Instead of being restricted to farmers, who had defaulted from April 2012 to June 2016, the waiver scheme was made applicable to farmers whose accounts went into default in 2009 after the implementation of the first farm loan waiver by the United Progressive Alliance government in 2008 which, by the way, was heavily criticized by the Comptroller & Auditor General of India.

More tweaks were added. Earlier, the waiver had a cap of Rs 1.5 lakhs per farmer. Now, for farmers having a debt of more than Rs 1.5 lakhs, the farm loan waiver scheme offered a one-time settlement under which the government would pay Rs1.5 lakhs, if farmers fully repaid their debt up to 30 June 2017.  Farmers who have debts more than Rs 1.5 lakhs have been allowed to return it in three installments beyond 30 June 2017, and the government would deposit the last installment of Rs1.5 lakhs in their accounts.

The most confounding factor lay in the estimated number of beneficiaries. On June 24, Chief Minister, Devendra Fadnavis, had said that 89 lakh farmers would benefit from the scheme. Then, on September 5, Live Mint quoted former Chief Minister, Prithviraj Chavan as saying that only around 58 lakh farmers have applied for a loan waiver. And then, lo and behold, came the official statement issued by state cooperation minister Subhash Deshmukh just a few days ago. His statement said that the Maharashtra government has received applications from 77.26 lakh farmers from…56 lakh farmers’ families!

There is, thus, this “bureaucratic confusion” summary of Maharashtra’s grand loan waiver scheme: number of beneficiaries are stated as 89 lakhs first, then as 58 lakhs and thirdly as 77.26 lakhs from 56 lakh families! And to think, poor dear, that our venerable Prime Minister is aiming at digital India with a 11-digit Bank A/c number, a 12-digit Aadhar card with more digits in the pipeline.

This article, however, is not intended only to spotlight the comical confusion of the Maharashtra Loan Waiver scheme. Rather, it is also to pinpoint something more sinister than comical. That came in the “Free Press Journal” report of what was said by VK Goutam, principal secretary of the State’s Information and Technology department, which is scrutinizing applications for loan waiver. That report of 25th September told us that:

All of the above raises one important question. What is there in the Indians DNA that makes him so hungry for money at all costs? Was that a part of our much hyped ancient civilization? Or is it something that is part of the Congress legacy? Whatever it be, it seems justified to moan “we are like that only”.