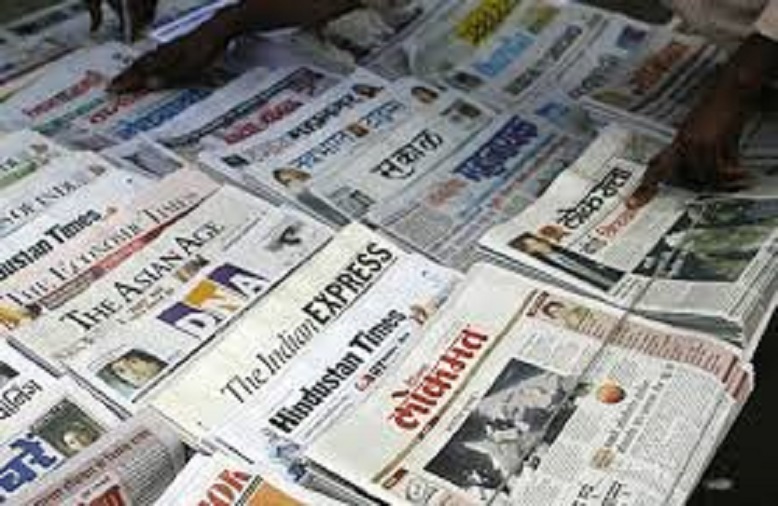 Of late there has been a spate of news reports, articles, panel discussions and editorials on attacks on Churches in India. Most of these reports etc have been consistent in blaming Hindu groups for these attacks. Equally, in an age of social media and free access to information, doubts have been raised both about the attacks and the veracity of these reports.

On the other side, there is almost no coverage, analysis, editorials, and TV shows on attacks on the places of worship of non-Abrahamic religions including Hinduism, Jainism, Buddhism and Sikhism. Could it be the case that there were no attacks at all on these places of worship?

IndiaFacts commissioned a study-cum-analysis of mainstream English media’s coverage of attacks on Hindu places of worship. The findings are quite revealing.

To begin with, secularism is an article of faith for the Indian English mainstream media. With that in mind, and with coverage of temple attacks as the context, our analysis also examined three broad aspects:

The IndiaFacts team sourced news reports, articles, opeds, and TV shows mainly from the Internet, and print for good measure. These news sources were spread across the most popular and widely read newspapers, online news channels, and TV media.

Data was collected based on coverage related to attacks, thefts, vandalism, hate crimes, corruption, mis-governance, and land grab with respect to temples (where temples are generically defined as stated earlier: places of worship of non-Abrahamic faiths). Data was collected for a period of six months: between 01 October 2014 and 31 March 2015, which is a decent sample size to be considered as representative to arrive at reasonably accurate conclusions.

Two preliminary, high-level observations stand out in our analysis:

This geo-data map shows the spread of attacks on Hindu temples across India. A darker gradient of red represents states with the highest number of temple attacks. As is evident from the map, Tamil Nadu and Uttar Pradesh top the list, followed by Kerala, Telangana and Karnataka.

Figure 1: Tamil Nadu & Uttar Pradesh have the most attacks on temples, followed by Kerala, Andhra Pradesh, Karnataka and Telangana

The following chart shows the number of attacks on Hindu temples every week for the six month duration of our study. In our study, we have considered Sunday as the starting day of the week and Saturday as the ending day.

The height of the bar represents the total number of temple attacks for that week. Attacks on Hindu, Jain, Sikh and Buddhist temples are differently colour-coded.

Note: October being the starting point of our study, the first week has only four days—1 October thru 4 October 2015.

Subsequent weeks follow the Sunday-Saturday scheme. 11 January 2015—31 January2015 appears to be the most peaceful period with only one attack per week.

The following graph shows the number of articles published by news media for the temple attacks shown for the six-month period. Although some of the reports were actually published a few days later, falling into the subsequent week, they were counted for the week on which the incident actually occurred. This would simplify the counting.

Number of media reports on temple attacks increase or decrease corresponding to the attack incidents, indicating a correlation with Figure 2.

The 145 incidents of attack on temples were covered by 293 news articles from various publishers and media outlets—that is, there were an average of 2.02 news articles published per incident.

The following graph shows the state-wise grouping of temple attacks, based on the actual location of the attacks.

Red indicates incidents that could have been prevented by ensuring good governance and law and order mechanisms,and blue indicates attacks due to breakdown of law and order/lack of security. Tamil Nadu, and Uttar Pradesh top the list followed closely by Andhra Pradesh, Kerala, Karnataka and Telangana. In other words, South India has witnessed the worst attacks on temples.

The next graph shows the number of news reports published related to these attacks in their respective states.

Attacks on Temples and Churches: Comparison

The following graph shows a comparison between attacks on temples and attacks on churches for the period under consideration.

Exactly four incidents of attacks on churches took place across India in the period under consideration.The overall picture that emerges is clear: there’s a huge gap in the attacks against temples compared to Christian places of worship. In other words, temples are targeted more frequently whereas churches remain largely unmolested.

State-wise grouping of attacks on temples and churches

The following graph shows the state-wise grouping of the attacks on temples including the four attacks on Christian places of worship.

Figure 7: Attacks on Christian places of worship added to the state wise chart shown in Figure 4

Upon including the reports published in the media about attacks on Christian places of worship into the graphs of respective states, we obtain the following graph.

Upon including the attacks on Christian places of worship into the week-wise chart of media reportage on temple attacks, we arrive at the following graph.

Based on such hard data, it is not entirely inaccurate to conclude that the Indian mainstream English media is behaving like the mouthpiece of select religious institutions.