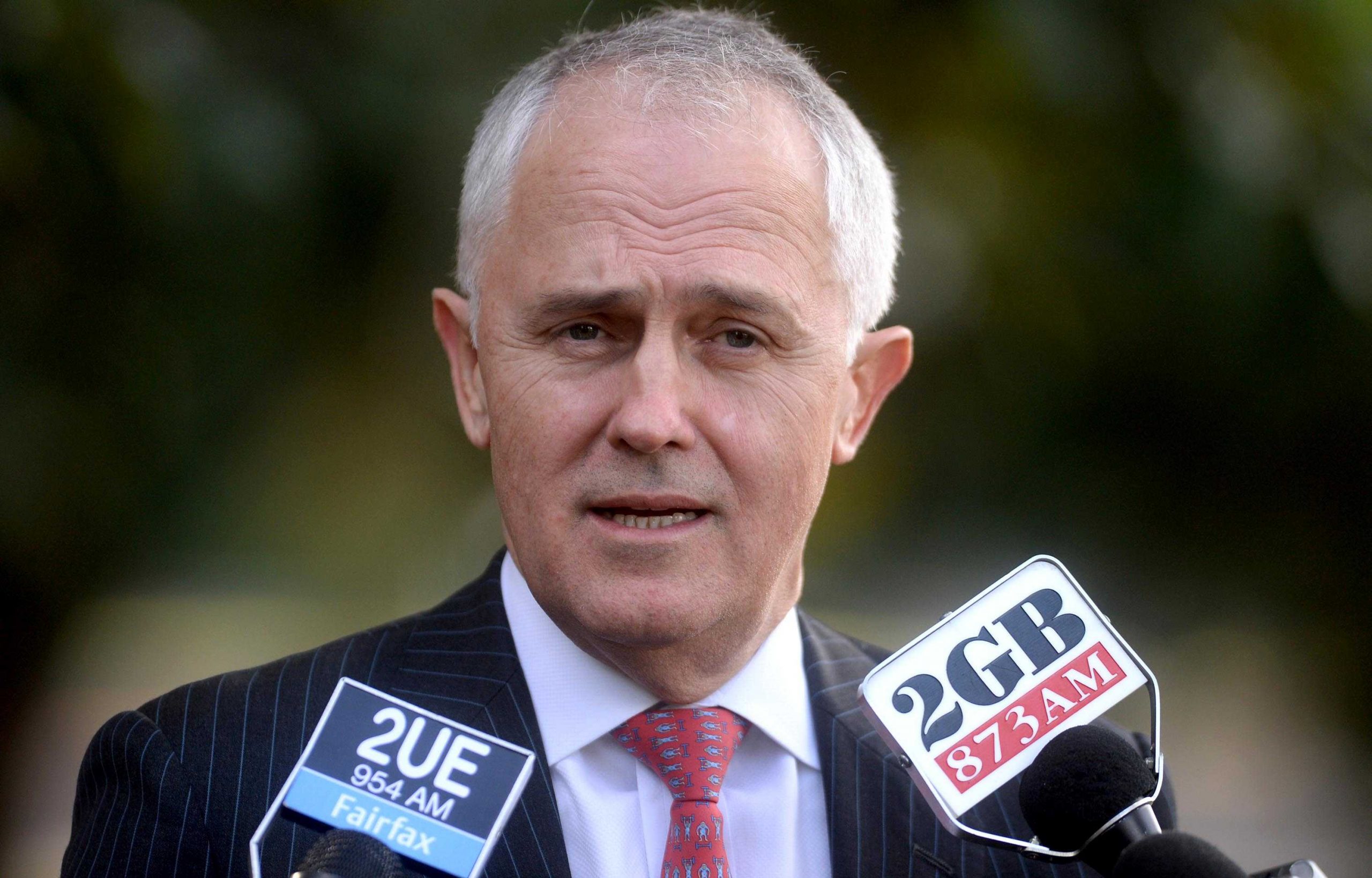 When asked about the “Breaking News” story of a multiple rape by a juvenile group in his state, UP’s Netaji said “Boys will be boys”.

The same has now happened about the Dadri episode in that state. Politicians have showered sympathy on the family of Mohamad Akhlaq who, in the last week of last month, was allegedly lynched to death by an unidentified mob.

The UP CM reportedly gave Rs 45 lakhs to the bereaved family while Mayawati Ben’s sympathy was valued at Rs 1 lakh. Rahul Gandhi, it seems, was happy with just a visit to the family.

This media-hyped incident had already become a bitter matter of communal disharmony when there came a sermon from Delhi. It discreetly avoided the “D” word, but its timing gave away the game. The Sermon (with a capital “S”) was clearly addressed to the majority community and its clarion call evoked “tolerance, endurance and plurality”.

The media expectedly welcomed this Sermon, and never mind (i) whether the alleged murderous mob was really anti-Akhlaq’s religion, (ii) whether Akhlaq was really lynched, and most importantly, (iii) whether the dead man had abetted violation of the Uttar Pradesh Cow Slaughter Act, 1955, Section 5, which prohibited the transport/sale of beef entailing punishment of seven years’ rigorous imprisonment plus a fine of up to Rs 10,000.

The sermon told us that, apart from tolerance, endurance and plurality, celebration of diversity were the “core values of our civilization which kept us together over centuries and must not now be allowed to be wasted.” Further, says the sermon, “If we keep those core values in mind, nothing can prevent our democracy to move.” There was thus a warning there: communalism of the lynching kind will kill our democracy.

Which Indian civilisation is the Sermon referring to? Very briefly, the record of our listed civilizations is (i) the Indus Valley (or early Harappa) civilization between 3500 BC and 2000 BC (ii) The Mature Harappa Civilsation (which was an extension of The Indus Valley Civilization) from 2600 to 1900 BCE which spread and flourished in the northwestern part of the Indian subcontinent and came to be regarded as the first major civilization in South Asia. (iii) It was later followed by the Iron Age Vedic Civilization, which extended over much of the plains and which witnessed the rise of major polities known as the Mahajanapadas.

It was during this period that most of the sub-continent was conquered by the Maurya Empire during the 4th and 3rd centuries BCE. This period, which witnessing a Hindu religious and intellectual resurgence, is known as the classical or “Golden Age of India“. It was in that era when certain aspects of Indian civilization, administration, culture, and religion (Hinduism and Buddhism) spread to much of Asia, while kingdoms in southern India had maritime business links with the Roman Empire from around 77 CE. Indian cultural influence spread over many parts of Southeast Asia which led to the establishment of Indianized kingdoms in Southeast Asia. 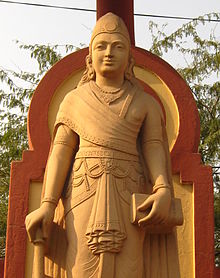 What is conspicuous in the short account above is that record of the entire Indus Valley civilisation does not show any attitude of the people which needed anyone “to be tolerant and endure” opposition; in fact, the Mature Harappa period is stated to be one where the Harappan society had no rulers, and everybody enjoyed equal status. In contrast, the Maurya Empire under Chandragupta believed in spreading its influence through swords and wars. It did not “tolerate and endure” opposition.

And what has happened because of the sermon’s “core values of tolerate and endure”?

Our nation endured Jinnah’s Muslim League and tolerated the British Empire’s decision on the 1947 partition of our country on the basis of two religion-based Dominions. And we tolerated the Muslims who did not want to go to Pakistan. Today, they have become India’s second largest minority but want to continue being treated with the benefits of a minority. We have kept appeasing then in myriad ways.

We camouflage that appeasement as “secularism” and are proud of that fact, but Congress in the Rajya Sabha refused to define it as “equal respect for all religions” when Morarji Desai’s government proposed in its 44th Constitution Amendment Bill of 1978.

What’s more, it refused to even give its own definition for that word only because it wanted to preserve “elasticity” in the definition. We did several such deeds under “secularism” and never bothered to “tolerate and endure” the hurt sentiments of the majority community. Instead, we advocated “plurality” and asked it to “celebrate diversity”. Perhaps in the heart of our hearts, I suspect, we fear the fanaticism of that minority.

We ignored what even the Constitution of India directed us to do. We continue to ignore Article 22 which directed prohibition of cow slaughter, leaving it to the Federal States to act on it.

More importantly, we have, for 68 years now, totally shut your eyes on the Uniform Civil Code declared for implementation in Article 44 of our Constitution as a Directive Principle of State Policy. Our Supreme Court itself has proposed it at least three times over the years but you have continued to “tolerate and endure” the so-called minority community’s objection, allowing the majority, including Muslim women, to suffer the cruel provisions of its own law called the Muslim Personal Law.

In fact, Prime Minister Indira Gandhi permitted the setting up of The All India Muslim Personal Law Board (AIMPLB) in 1973 as an NGO constituted to adopt suitable strategies for the protection and continued applicability of the Islamic Law Code of the Shariat to Indian Muslims in personal affairs. And what has the nation got in return?

Objection to any change in the Divorce Laws for Muslim women, objection to gay rights, objection to the Right of Children for Free and Compulsory Education Act, 2009 because of its “infringement” on the Madrasa System of Education, objection to saying Vande Mataram and objection even yoga, Surya Namaskar and Vedic culture.

On the other hand, it has supported child marriage by opposing the Child Marriage Restraint Act. We also tolerate that AIMPLB does not apply to Shias and Ahmadiya Muslims in India and that Ahmadiyas are not allowed to sit on the AIMPLB though it is regarded in India as representative of Muslims in the country. Tragically, this is the “diversity” which the sermon would want us to “celebrate”.

Take caste. Caste has been in existence from the Vedic Age, which we have come to tolerate and endure. But it was the British Empire which spread the concept of “Reservation for Castes”. In 1935, the British passed the Government of India Act 1935, which permitted reservation of seats in the Indian provinces to what was once called the Depressed Classes; the act came into force in 1937.

Our Independence was the chance to get rid of caste once and for all. But we chose to “tolerate and endure” instead of devising imaginative ways to counter it such as giving reservation only to the educated among the weaker sections and simultaneously budgeting for a massive education program for the for the socially backward.

We continued where the British left us, and have kept fragmenting and polluting it. Today, this reservation on the basis of caste and sub-caste has become a cancer eating into the nation’s body. We have sown the wind and reaped the whirlwind, leading to a dangerous divisiveness which has led to caste wars in the country and incompetent/inefficient people in multiple Government services, including the medical field. It’s yet another example of “celebrating diversity.”

We have even internationalized this “core value” of “tolerate and endure.” We tolerate what Pakistan has been doing to us in Jammu & Kashmir not only since the Terrorist Era of 1989 but even after its armed forces camouflaged as tribals invaded us in October 1947.

We continue to be civil to them who have slaughtered thousands of our people, but call the Shiv Sainiks as “uncivilised” for blackening the face of the Indian who facilitated an ex-diplomat of Pakistan to launch his book on the very soil where his country had committed heinous terror attacks in December 2002, March 2003, July 2006 and November 2008.

Contrast this sermon with that of the Australian Prime Minister, Malcolm Turnbull.

On October 9 this year, he advised people to leave the country if Australian values were “unpalatable” to them. He was commenting a week after a 15-year-old Muslim boy gunned down a 58-year-old employee leaving the Sydney police headquarters.

I, for one, love Turnbull’s attitude. It is the opposite of the cowardly “endure and tolerate” mentality. Neville Cardus, perhaps the greatest writer on cricket, once described the Australian as “a dangerous animal.” He said it fights back when attacked.

How I wish the sermon from Raisina Hill had preached that.