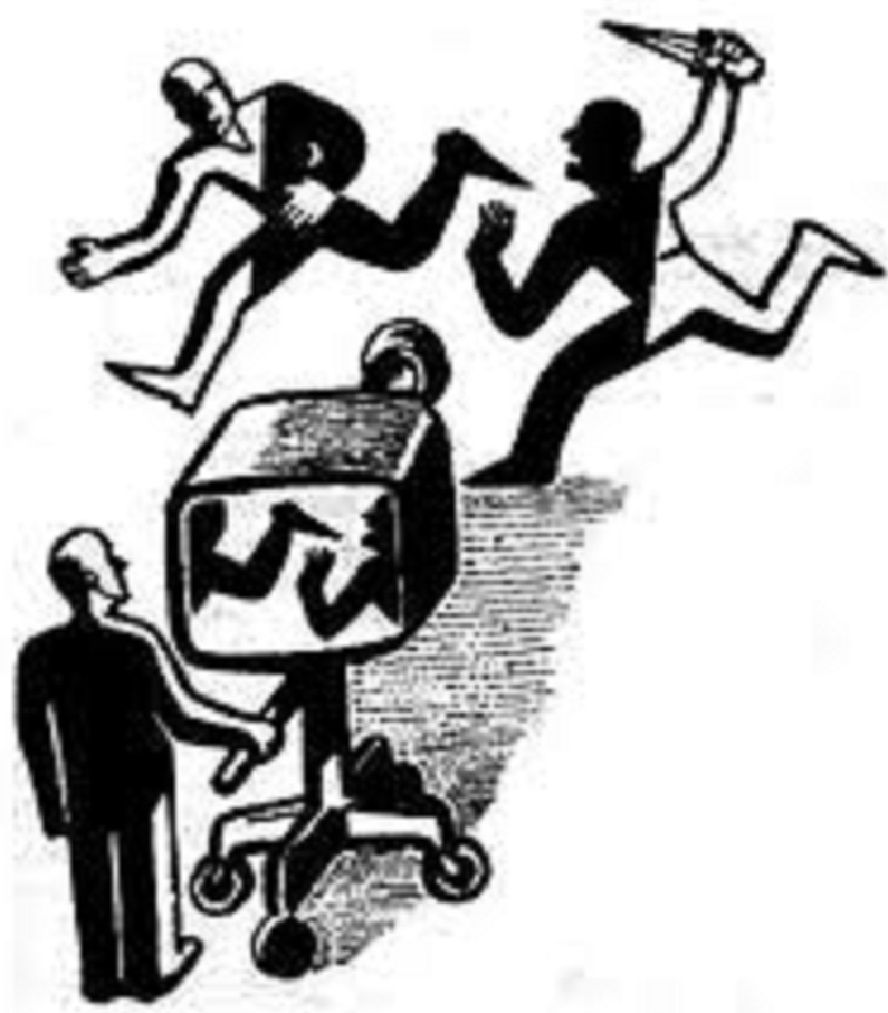 Too many scare mongering articles on the so-called minorities are in the papers these days.  It’s a known practice now – lie once and lie loud. Repeat that lie often using our secular-liberals as willing accomplices and people will slowly begin to believe it as the truth.

So, while the Shekhar Guptas, Rana Ayyubs and Sagarika Ghoses write on the “fringe becoming mainstream (sic)”, a Times of India headline will carry a full page feature on why Christians are unsafe in India and Julio Ribeiro will give interviews on his columns where he wrote that he feels he is on a hit list. Never mind that he himself admitted that he exaggerated. Then there was a page 1 story on how the Muslims too feel unsafe under Modi’s rule.

Alarmist headlines, to which the actual news bears no semblance – check this out: the article says something else and the headline is screaming attacks. Thus, the narrative that Christians and Muslims are feeling unsafe under the Modi regime is now established for posterity. Articles, op-eds in papers, online news and TV programmes – all of them will tell of how the first year under a Hindu Modi was so unsafe for the minorities.

And just why is India suddenly unsafe? Because of church attacks! Never mind that not a single attack on a church has shown a pattern of persecution. Some reports say they were insider jobs, some say theft was the motive, and some say it was to protest conversions. Whatever the cause, no religious place should be attacked and neither should such vandalism be tolerated. But is this really the case?

The liberal heart of the media bleeds only for these attacks on churches because if they wanted all religious places to be protected and Indians to feel safe, the media would report on temples being looted too. Check this stat on temples: aren’t these numbers enough for several page 1 and lead stories?

Debate and deride everything Hindu, yet expect silence

The average Indian including Hindus cheer a Mary Kom and revel in her success. So when she says she feels threatened in India, how does that make Hindus feel? Similarly when a former Navy chief, a top cop – all who have risen the ranks despite and in spite of their religion, speak like they are threatened, can’t Hindus outrage and feel sad? Surely, Hindus did not think of religion when we cheered their success. Hindus are amazingly tolerant to the point of cowardice and thus, liberals make fun of our gods, our rituals and our festivals. They debate the necessity of the Mangalasutra and ask if our marriage vows are misogynist? They debate our rigid mind-sets when most inter-caste marriages happen among the Hindus. We Hindus have our flaws like caste discrimination, but when an organisation like the RSS makes a statement to address that flaw, that is conveniently ignored.

Hinduism has survived because we work on our flaws and make serious efforts to correct them. We question and not blindly follow. And hence, when we see that only a certain community’s psychology is pandered to, we question why not ours? Why should the Hindu suffer in silence? Why can’t he question or speak up? And when he does, why is he made to feel guilty and labelled a bigot?

Will the media carry this?

The day a full page report is carried in the MSM about Hindu temples being vandalised in India will I begin to believe that objectivity is not lost in the media. The day our prominent liberals stand up for the Hindus and say let’s not deride their customs and their Gods, I will believe their statement that religion is a personal choice that should be respected. The day a priest/maulvi/sadhvi are equally hounded for their “regressive” statements  will I believe in meting out equal treatment. The day the media does a story on fraudulent Christian and Muslim godmen like it does on Hindu godmen, will I believe that the media does not treat Hindus differently. The day the money in conversion activities is given as big a coverage as ghar wapsi,  will I believe that the Hindus are not being targeted. There is lots more that can be asked for from the media, but let them at least start with this.

The day this sort of objective reportage emerges will also be the day when this very media may learn that getting a true Hindu who says he feels a stranger in his own land will be tough. We Hindus believe that to be wanted in your motherland you cannot selectively outrage and be politically correct.

You have to love your country despite its flaws and work for its reform – the reform that the Modi government is currently doing. But then again, the mainstream media will never know this because it is so steeped in its hatred for Modi that the positive things that are happening in the nation are being blanked out by this very media.