Modi Haters Will Outrage And Fume Till 2019 No Matter What 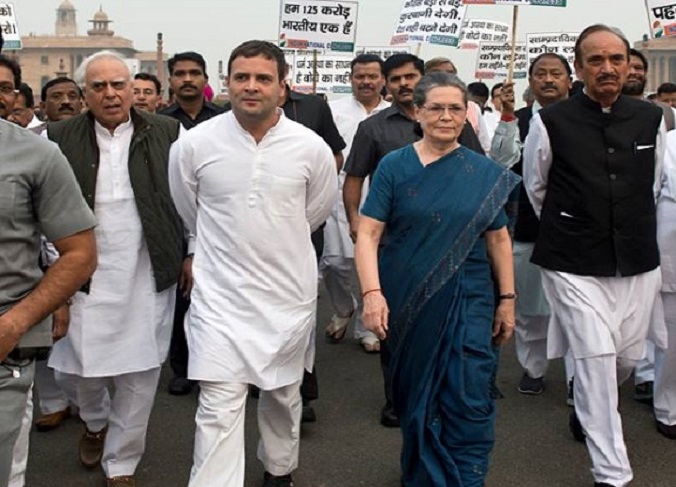 India is fast changing. Power Minister Piyush Goyal is making India self-reliant. Railway Minister Suresh Prabhu is transforming a monolith. Infrastructure Minister Nitin Gadkari was called Maharashtra’s “Roadkari” in the 1990s and is now is India’s too in the 2010s.

Andhra Pradesh Chief Minister N Chandrababu Naidu is building a modern capital city from scratch. There is no shortage of good stories coming out of India. Of course if you are outside the country, you will hear absolutely nothing of this for the simple reason that it will show Prime Minister Narendra Modi in good light!

One part of India is being destroyed though. Jungle Raj has returned to Bihar. Goonda Raj returned to Uttar Pradesh much before that. West Bengal in mired in violence (think the Malda rampage), corruption (think the Saradha scam) and the border seems to have become porous again. The Information Bureau is worrying about the influx of fake notes and potential terrorists.

Even Karnataka is seeing record power cuts and communal tension. The city of New Delhi is also going into decline going by the increasing piles of garbage and the total breakdown of ties between government agencies.

Of course all this is being downplayed too. Why? The answer is the same as above. It will show Modi in good light!

Former Uttar Pradesh Chief Minister Mayawati built statues of herself. Politicians have been known to slap government officials. The Congress is nothing but the party president Sonia Gandhi and her son Rahul.

Yet if Modi wears a suit bearing his name, then he’s the biggest megalomaniac in the country and we all have to debate it endlessly.

They attacked him non-stop from 2002-12 even though all the allegations fell flat.

They said he masterminded Godhra.

They said he killed Ishrat Jahan.

They said there was no development in Gujarat.

They said he masterminded Snoopgate.

They said his deputy (current BJP President Amit Shah) was a criminal.

And so on and so forth.

And guess what? Forget a conviction or trial—there isn’t even a chargesheet against him! Sonia on the other hand is a snow white victim even though a sessions’ judge and High Court judge have found merit in a case against her.

From 2013-14 they continued to attack Modi even though Sonia and the then Prime Minister Manmohan Singh had brought the nation to ruin with their endless scams. UPA2’s economic policy, foreign policy, defence policy… everything was pushed to the side as the media focused all their attention on attacking Modi.

Even when he became Prime Minister, the downright baseless allegations and attacks continued. They called him a 31% PM even though the NDA got a 38.5% vote share, very high in a flourishing multi-party democracy.

In fact it was the only time in the history of democracy that 200 million people voted for one person-party-alliance!

He wore an ordinary shawl and it was “alleged” that it was a Louis Vuitton shawl (Just like that! But so what even if it was?) and another intense attacked followed. He wore a suit and one report dreamed up a figure of Rs 20 lakh and he is vilified for that to this very day.

As his Prime Ministership continued, it got even more bizarre.

Every year temples, mosques and churches are attacked in India, but suddenly in 2015 it became “Christianity under attack” for the same thing happening (News blanked out temple attacks and played up the one on churches).

But according to the media…

That led to rising intolerance (smart because it is an abstract thing that nobody can prove and can be debated for years even) and the farcical #AwardWapsiCampaign.

The theatre of the absurd continued.

A student in Hyderabad University committed suicide after getting involved in intense Left-leaning politics and strangely it became Modi’s fault again and he was dubbed anti-Dalit (even though the student probably wasn’t a Dalit!)

From bias, #AdarshLiberals went to severe bias to shameless outright lies. One wonders what the next stage of evolution will be. In the Hollywood movie Wag the Dog, a spin doctor actually manufactures a fake war to distract the public.

Now as the stakes get higher and higher, so the attacks will only intensify.

In a few months Assam, Kerala, West Bengal and Tamil Nadu will go to the polls.

There’s an outside chance that the BJP may come to power in Assam and drastically increase its vote share in the other three States. Like “Christianity under attack”, “intolerance” and “Dalit student death”, expect another manufactured outrage.

Then at the end of the year Punjab goes to the polls. Delhi Chief Minister Arvind Kejriwal, who is the sweet adorable darling of the #AdarshLiberals will be pumped full of air for the umpteenth time and Modi will be clobbered.

In 2017 we have the biggest Assembly prize: Uttar Pradesh. Amit Shah will be painted as a villain. BJP will be painted as super communal. Anything that goes wrong in the State big or small will be blamed on Modi even though it’s due to the lack of governance of Akhilesh who has proved to be a Grade 1 disaster.

We have elections for the President and Vice President of India in the same year. God forbid Modi gets someone who will back him in Rashtrapati Bhavan and let the Rajya Sabha function for a change.

Another incident will be highlighted. Another outrage will be manufactured. Another #AwardWapsiCampaign type absurdity will be cooked up.

In fact, I bet they already have a time-table ready!

2016: Hyderabad campaign looked to be succeeding till…

Then comes 2018-19 which will be the slog overs of #AdarshLiberals and they will try to hit every ball for a six. Modi got kudos for Gujarat development from all over the world but these people tried to prove it a myth.

You can be sure that whatever reforms happen in infrastructure, Railways and power, #AdarshLiberals will try to prove is a myth even though it will be standing in front of their very eyes.

They will check the Top 20 parameters of India in 2019. If Modi has made progress in 17 and not so much in 3, those 3 will be headlined, highlighted, debated and outraged 24X7.

If Modi loses 2019, then Lutyens Delhi will party all night for months on end.

And what if he wins? Then the “Modi is the devil & India under siege” campaign will merely get another 5-year extension till 2024!

Oh to be an #AdarshLiberal! To be proved wrong a million times and still get a million privileges! Modi Haters of the country unite. You still have a long way to go!