Moving Away from Macaulayite Education 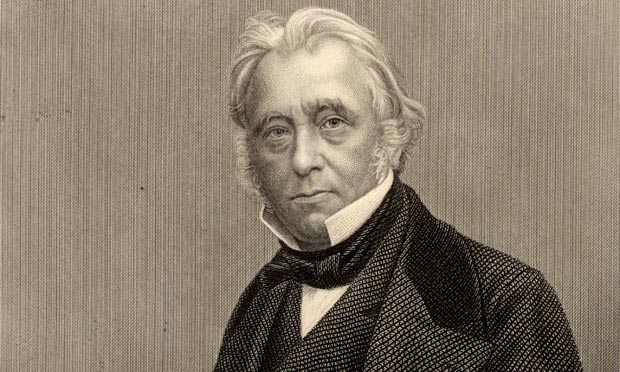 The fact that both English education and the mindless premium placed on the English language in India is at the root of several important problems faced by India since Independence is a given.

However, I am not suggesting that English be removed from education, but only emphasizing that it is necessary to broaden the opportunities, which in turn will broaden the talent pool.

I fully understand that getting rid of English would be extremely unwise. It can continue as before. All I am suggesting is that Sanskrit be made the universal language at the introductory level. It has a level of acceptance and even an honored position in all parts of India, and at all social levels, which no other language can match.

I have not the least doubt that it will gradually expand through the curriculum and become the language of learning and research throughout India, and possibly some other countries of the world.

The role of English will only change from its present dominant position to one of being the technical medium. It is not the responsibility of Indians to produce literature in English. What English literature Indians do produce (outside the technical fields) is unlikely to last beyond a generation.

Nor can English ever be a substitute for Sanskrit when it comes to the study of India, especially in building independent schools of thought in the humanities. Using Sanskrit as a foundation for Indian humanities will substantially raise the level of scholarship.

It is also worth noting that the achievements for which Indians are respected worldwide, like in science and technology, are not the result of Macaulayite education. They receive their basic education at all kinds of institutions. (I know this from personal experience as a student, teacher and practitioner.)

Convents and other Western-colonial oriented schools offer no advantages when it comes to science and technology. In these fields, substance counts for more than style. Copying the latest fashions does not lead to scientific or any kind of excellence. Because of lack of substance, it creates an illusion.

At the same time, it is interesting, but not surprising, that significant advances even in the humanities, especially history, have come from scholars who are not products of these elite institutions.

From the discovery of the Sarasvati River to the decipherment of the Indus script, it is the work of so-called outsiders like Wakankar, Talageri, Jha and others that has led to the revolution in our understanding of ancient India.

Elite institutions like the Jawaharlal Nehru University have nothing to show in this regard.They have nothing to show for science and technology either, but that is a different story. On the other hand, some of its members have joined hands with some Western scholars to discredit all new findings that threaten their colonial-Marxist orientation.

Another major disadvantage of using English in elementary education is that it imposes a severe burden on children at a time when they should be exploring ideas with unfettered minds and learning about the world around them. At an age when children should be experimenting and learning about new things, they are being asked to master a totally alien language in an artificial way— through grammar drills and rote memorization.

Thus their creativity and originality are being stifled at a period in life — say from five to twelve years of age — when the human mind is at its most flexible. This kind of ‘education’ turns them into mindless imitators.This is the greatest weakness of the current educational system. It is a tragic waste of human resources.

This terrible method of education accounts for the fact that the English educated elite of India is generally incapable of any original thinking or the generation of fresh ideas. They can only borrow, imitate and copy. Their creative impulse has been stifled through the imposition of English at a very early age.

This also destroys all self-confidence with the result they will never feel strong enough to challenge anything coming from the West and hold their own. Having been taught only to imitate, they carry with them the attitude that they can never be as good as those whom they seek to copy.This is programmed inferiority complex.

This sense of inferiority comes to the fore whenever there is a contentious issue between Western and Eastern scholarship. As I know from personal experience, such people, especially intellectuals, instinctively line up behind the Westerner. They find security and status in taking such a stand. They are terrified of having to stand on their own legs and defend a position solely on merits. They lack the intellectual and the moral equipment to take an independent stand. It is clear therefore that such people can never be leaders, but only followers and courtiers in a congenial setting like the family court set up by Sonia Gandhi. They compensate for this deeply ingrained sense of inferiority by looking down upon their countrymen, and clinging to status symbols—like the Doon School, St. Stephen’s College and other benighted anachronisms of the colonial era.

The foundation of colonial education was weakness, which in turn was created through alienation leading to spiritual emasculation. But happily, there is a powerful alternative if only India’s leaders are prepared to grasp it.

Swami Vivekananda had profound insight into the needs of national education. Probably the greatest insight that he brought to the problem was the recognition that education must focus on strength, which alone builds self-confidence.

This is the exact opposite of Macaulay’s vision, which was to make Indians weak and dependent on the West by uprooting them from their ancient traditions. This is what I earlier called ‘spiritual emasculation.’

Vivekananda would have none of it. For him the purpose of education was to create strong and independent men and women who in turn would create a strong society and a strong nation. He wanted everyone to be physically, mentally, and above all, spiritually strong. His follower Sister Christine put it this way:

He refused to solve our problem for us. Principles he laid down, but we ourselves must find the application. He encouraged no spineless dependence upon him in any form, no bid for sympathy. “Stand upon your own feet. You have the power within you!” he thundered. His whole purpose was not to make things easy for us, but to teach us how to develop our innate strength. “Strength! Strength!” He cried, “I preach nothing but strength…”

For this reason, he called education ‘man-making’, though by ‘man’ he meant a spiritually strong human being rather than a mere male. Again in the words of Sister Christine:

From men he demanded manliness and from women the corresponding quality for which there is no word. Whatever it is, it is the opposite of self-pity, the enemy of weakness and indulgence. This attitude had the effect of a tonic. Something long dormant was aroused and with it came strength of freedom… We were taught to think things through, to reject the false and hold to the true fearlessly. In this process much that had seemed worthwhile and of value was cast aside. Perhaps our purposes and our aims had been small and scattered. In time we learnt to lift them into a higher purer region, and to unite all these little aims into one great aim, the goal of which is the real purpose of life, for which we come to this earth again and again.

What a contrast to the spiritual emasculation produced by the ‘elite’ Macaulayite education!

This is what the goal of education should be— and not to produce emotional and spiritual weaklings that throng the courts of anyone who has a few crumbs to throw from the table.

It is worth recalling what the great historian Edward Gibbon said, speaking of the fall of the Greeks to the Romans: “Greeks valued security more than freedom. In the end they lost both— security and freedom.”

This is what is happening to the Macaulayite elites who are clinging desperately to their colonial umbilical cord— from Sonia Gandhi’s court to the few crumbs thrown at them by Western institutions. They have sold their freedom for the sake of security, but they will end up losing both. That is the lesson of history.

It is time that India, her educational system in particular, came out of this spiritual prison and made itself a proud and free nation. To achieve this goal, we have before us the teachings and the example of intellectual warriors like Sri Aurobindo and Swami Vivekananda. As Sister Nivedita wrote of the presence of Vivekananda before the great Chicago Parliament of Religions:

Monk, they called him, not unwarrantably, but warrior monk he was, and the first impression was the warrior rather than the monk, …and his figure was instinct with pride, with pride of country, pride of race—the representative of the oldest of living religions… India was not to be shamed before the hurrying arrogant West by this her envoy and son. He brought her message, he spoke in her name, and the herald remembered the dignity of the royal land whence he came. Purposeful, virile, strong, he stood out, a man among men, able to hold his own.

No wonder Sister Christine who saw him there proclaimed:

“Blessed is the country in which he was born, blessed are they who lived on this earth at the same time, thrice blessed are the few who sat at his feet.”

Should not he and sages like him be our guides, rather than the spiritual eunuchs produced by Macaulayite education?