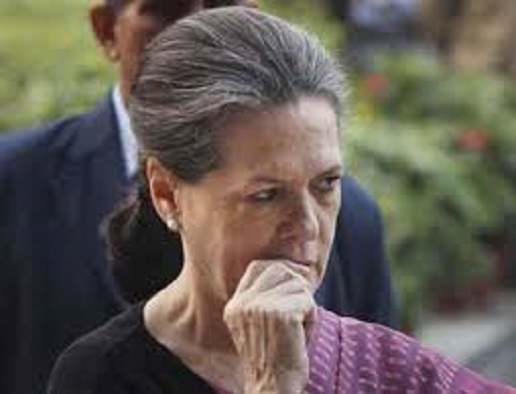 The Congress’ tryst with perfidy is making it appear look more and more irresponsible and fickle. Its reaction to Defence Minister Manohar Parrikar’s charge that some former prime ministers compromised India’s “deep assets” on national security is a testimony to the party’s own fickleness.

“It is an extremely serious charge leveled by the Defence Minister. We hope he is making the charge responsibly,” Congress spokesperson Randeep Surjewala said. “The Defence Minister needs to put everything in the public realm so that people of nation know, or else he must apologize for his charge.”

[pullquote]It was Sonia’s evil influence over the Manmohan Singh government that national security came down in the agenda of governance—or whatever passed in the name of governance. The reason was simple: she and her coterie wanted to revive socialism, that bane of the nation.[/pullquote]

But why are you so upset, Mr. Surjewala? There have been seven non-Congress former prime ministers, including one from the Bharatiya Janata Party (Atal Bihari Vajpayee), one supported by the BJP (V.P. Singh), and one (Morarji Desai) under whom Vajpayee and L.K. Advani served as ministers. Parrikar didn’t even say that the guilty PMs were from the Congress. So, is it a case of chor ki dari mein tinka?

Parrikar said at an event in Mumbai: “We intercepted it [information about the terror boat that was recently blown up] from 200 km away. For 24 hours, the boat was going in circles. Is that not enough proof? What more do you [reporters] want? I was asked to give ‘proof’ but I refused. I said ‘absolutely not’ because the source might be compromised. You have to build assets and you have to build deep assets. Deep assets are assets which have to be created over 20-30 years, but this country has seen PMs who have compromised deep assets. I won’t take names. Many people know.”

Many people also know that it was not just some prime ministers but also a ‘super-prime minister’—Sonia Gandhi—who did many a great disservice to the nation. It is because of her that the grand old party still seems determined to weaken and undermine India’s war against terror in every possible manner. When the news about the terror boat was made public, it raised questions aimed at proving that no terror threat was there. And now it is making noises, hoping that decibels would help cover the perilous policies its prime ministers chalked out and executed.

Perhaps political courtesy stopped Parrikar from revealing the names, but we shall not be afraid to speak the truth. Right from the beginning, Congress PMs adopted stances that were in tune with their Leftist doctrines and at variance with the national interest. Jawaharlal Nehru proved to be putty in the hands of V.K. Krishna Menon, that communist traitor who as defence minister did everything to weaken our military.

Indira Gandhi, too, was manipulated by the Left-leaning Haksars and Dhars to waste the 1971 victory in Shimla. Such was the odious influence of her pinkish advisors that we could not even get all our prisoners of war out even as we released 90,000 Pak PoWs, many of whom were responsible for war crimes. It was again because of the Left-leaning advisors that India adopted an anti-American stance during the cold war, thus strengthening Washington-Islamabad ties. We are still suffering from its consequences, as the US refuses to restrain Pakistan from allowing its soil for anti-India activities, notwithstanding the homilies like the recent “safe havens within Pakistan are not acceptable.”

There was only one Congress prime minister, P.V. Narasimha Rao, who did away with much of the mess his predecessors had created. A major example of his sagacity in matters related to foreign policy and national security was the normalization of ties with Israel. It was primarily because of his sagacity that Congress president Sonia Gandhi hated him no end; after his death, his body was not allowed inside the party headquarters.

And it was Sonia’s evil influence over the Manmohan Singh government that national security came down in the agenda of governance—or whatever passed in the name of governance. The reason was simple: she and her coterie wanted to revive socialism, that bane of the nation.

[pullquote]Many people also know that it was not just some prime ministers but also a ‘super-prime minister’—Sonia Gandhi—who did many a great disservice to the nation.[/pullquote]

Former prime minister I.K. Gujral, too, had much faith in socialism, the result of which was the dreamy Gujral Doctrine. It can be best described in the Majrooh Sultanpuri song “Uthaye ja unake sitam, aur jiye ja/yunhi muskaraye ja, aansu piye ja…” (from the Raj Kapoor-Nargis-Dilip Kumar starrer Andaz). Prosaically, Gujral himself described his doctrine as:

“The United Front Government’s [the Congress-supported coalition regime’s] neighborhood policy now stands on five basic principles: First, with the neighbors like Nepal, Bangladesh, Bhutan, Maldives, and Sri Lanka, India does not ask for reciprocity but gives all that it can in good faith and trust. Secondly, no South Asian country will allow its territory to be used against the interest of another country of the region. Thirdly, none will interfere in the internal affairs of another. Fourthly, all South Asian countries must respect each other’s territorial integrity and sovereignty. And finally, they will settle all their disputes through peaceful bilateral negotiations. These five principles, scrupulously observed, will, I am sure, recast South Asia’s regional relationship, including the tormented relationship between India and Pakistan, in a friendly, cooperative mould.”

Shorn of diplomatese, it meant that we would remain nice to Pakistan even it continues to do nasty things to us. Evidently, the doctrine was implemented in varying degrees by the subsequent regimes. The denouement? A myriad outrages, including the attack on Parliament and 26/11.

It was because of such deleterious consequences of Gujral’s ideas that his name has cropped up in the media in the wake of Parrikar’s statement. However, we should not forget that Gujral was a good man who was just overwhelmed by bad ideas. He was the man who had stood for the freedom of the press during the Emergency, taking on the mighty Sanjay Gandhi and his nefarious lackeys.
Gujral was surely not the man who deliberately compromised national defence and internal security; it was during UPA rule that every possible act of omission and commission was committed. From jeopardizing critical defence purchases, befriending Maoist sympathizers, and promoting pro-jihadists to foreign policy goof-ups, the Sonia Gandhi regime (Manmohan Singh was ‘just following the orders’) knowingly took decisions that have proved to be disastrous. It is time Parrikar and other functionaries of the Narendra Modi government talked about the ignominious, if not traitorous, role played by Sonia.