Musings on Reason, Religion and Reform 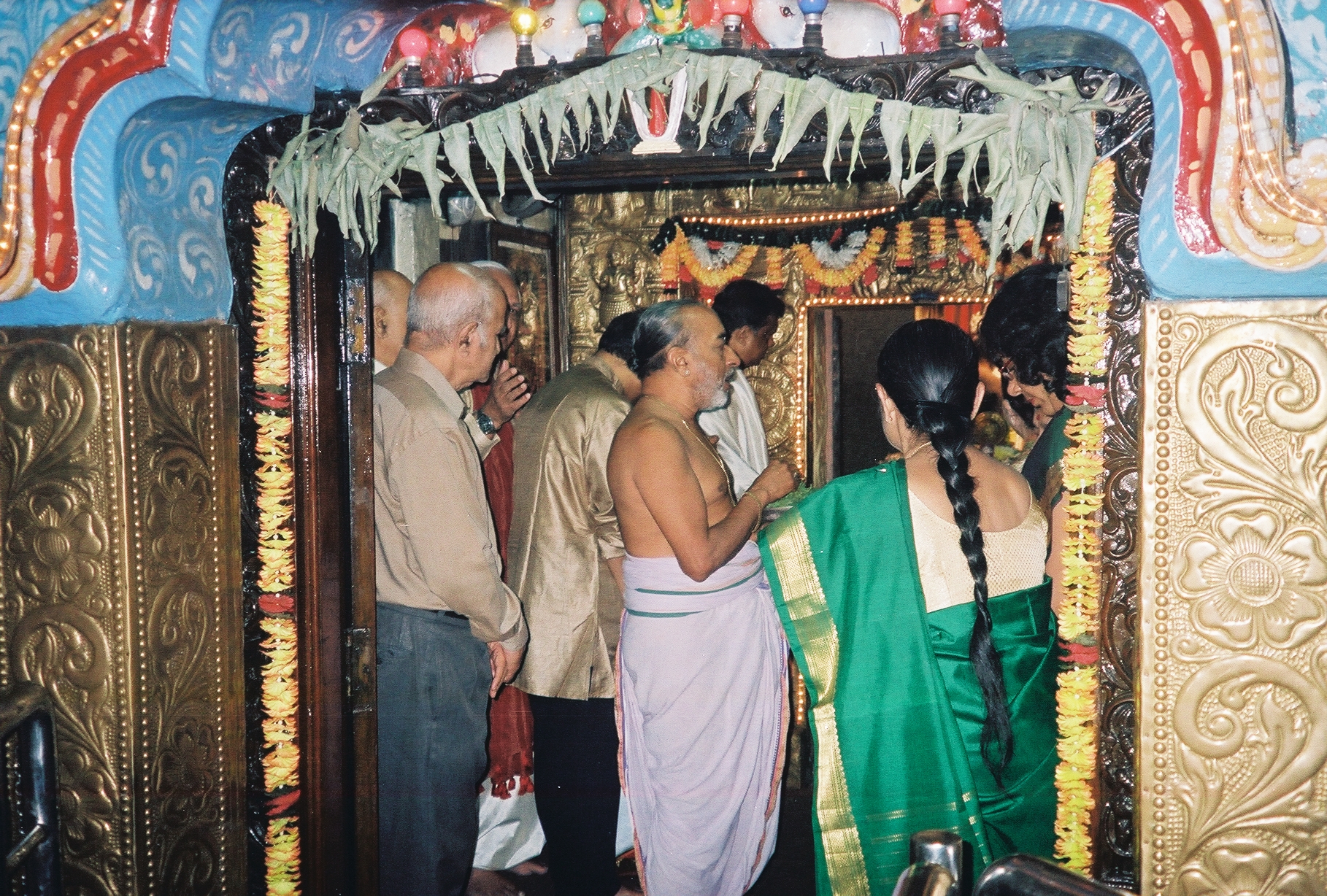 A few months back, around Diwali to be more specific, we heard/read/watched all sorts of ‘concern’ about environment and pleas to ban firecrackers. Soon we will be again hearing similar voices, this time around Holi, and the concerns would be about saving water. Also, most of us are quite familiar by now with the peculiar ‘feminist’ ire reserved exclusively for days like Rakshabandhan and Karwa Chauth? Or the ongoing ‘activism’ by the so-called animal rights folks against Jallikattu.

What is common in all these cases?

Of course there is the obvious answer. All these traditions or festivals have their roots in Hindu culture and are primarily celebrated by Hindus in different parts of India and the world, though none of these are celebrated or observed by all Hindus. But that is the nature of all Hindu traditions – inherently diverse and flexible, and uniquely observed by people belonging to different regions, groups, lineages, clans, religious sampradayas; often each group adding its unique contribution to the tradition in the form of legends, stories, rituals, customs, aesthetic, religious and philosophical significances to the celebration. This is what keeps the tradition ever-growing and ever-renewing. This is what makes these celebrations and festivals evolve and change over time.

But there is another commonality, a less obvious one, in all the examples I listed above. That is about the role of reason and rationality in the collective life of a people, and the way reason tries to make a place for itself in matters of religion and religious traditions. Let me elaborate.

Any reasonable person living in our times would agree that we must be sensitive to the environment and not harm the delicate ecological balance of the planet with mindless lifestyle choices. Any reasonably awakened person would want men and women, girls and boys to be given same respect, attention, security, and equal opportunities for their growth and development. Pretty much every reasonably decent human being would want animals to be treated with compassion and care.

When seen from this perspective, nothing seems wrong with the ‘activist’ demands of cracker-less Diwali, water-less Holi, or bull-less Jallikattu. The nature of reason as a human faculty is such that a reasonable person is naturally expected to question the status quo, question that which has been going on simply as a convention. Having questioned, the mentalised reason generally falls into the trap of classifying and dividing. So some practices belonging to an era when critical questioning and reason were sacrificed at the altar of convention and custom are classified and labelled as ‘regressive’, ‘orthodox’, ‘conservative.’ And the opposite labels of ‘progressive’, ‘modern’ and ‘rational’ are given to others.

It seems quite reasonable, doesn’t it?

But even a few moments of stepping back and objective analysis should compel us to ask the question – is reason pretty much all we have to go with when it comes to understanding how societies and societal norms, traditions and practices evolve and change over time? Is reason the supreme motivator, cause and arbiter of all real ‘progress’?

All the examples listed in the opening paragraph exist because of this common assumption that only reason has the know-how and the authority to reform and fix all that is wrong with the tradition, particularly the religious tradition.

Naturally these attempts to reform religion by reason are met with opposition. And because reason as a faculty of the mind naturally tends to classify and divide, those which oppose the march of reason are considered to be orthodox, traditionalists, conservatives etc.

But again we must step back and see how we can move beyond the binary of Activism and Opposition when it comes to matters of religious and cultural traditions.

“Reform is sometimes the first step to the abyss, but immobility is the most perfect way to stagnate and to putrefy. Neither is moderation always the wisest counsel: the mean is not always golden. It is often an euphemism for purblindness, for a tepid indifference or for a cowardly inefficiency. Men call themselves moderates, conservatives or extremists and manage their conduct and opinions in accordance with a formula. We like to think by systems and parties and forget that truth is the only standard. Systems are merely convenient cases for keeping arranged knowledge, parties a useful machinery for combined action; but we make of them an excuse for avoiding the trouble of thought.” (Sri Aurobindo, Essays Divine and Human, CWSA, Vol. 12, p. 50)

So, instead of avoiding the trouble of thought, let us think deeply, let us ask some deeper questions.

Let us also ask what role, if any, can Reason play in this renewal and re-expression of the Spirit through the Form? And is there something beyond Reason that can help Religion evolve in its forms and practices in a more enlightened way, a truer way, something closer to its essential spirit itself?

“Religious forms and systems become effete and corrupt and have to be destroyed, or they lose much of their inner sense and become clouded in knowledge and injurious in practice, and in destroying what is effete or in negating aberrations reason has played an important part in religious history.

“But in its endeavour to get rid of the superstition and ignorance which have attached themselves to religious forms and symbols, intellectual reason unenlightened by spiritual knowledge tends to deny and, so far as it can, to destroy the truth and the experience which was contained in them.

“The natural line of religious development proceeds always by illumination; and religious reformation acts best when either it reilluminates rather than destroys old forms or, where destruction is necessary, replaces them by richer and not by poorer forms, and in any case when it purifies by suprarational illumination, not by rational enlightenment.

“If reason is to play any decisive part, it must be an intuitive rather than an intellectual reason, touched always by spiritual intensity and insight. For it must be remembered that the infrarational also has behind it a secret Truth which does not fall within the domain of the Reason and is not wholly amenable to its judgments.

“What is impossible or absurd to the unaided reason, becomes real and right to the reason lifted beyond itself by the power of the spirit and irradiated by its light. For then it is dominated by the intuitive mind which is our means of passage to a yet higher principle of knowledge.” (Sri Aurobindo, The Human Cycle, CWSA, Vol. 25, pp. 134-135, emphasis added.)

We now have some more things to ponder upon.

What is entailed in this re-illumination of old religious forms? Does it mean allowing the forms to rediscover and renew themselves in the light of the spirit they were originally meant to express? How will that happen?

If in the process of this rediscovery and renewal, some outer forms and practices must be destroyed, what does it mean to replace them by richer forms? How will these richer forms come into being? How can we move beyond a mere mentalised intellectual reason to something much higher and deeper, reason touched by spiritual intensity and insight, reason lifted beyond itself by the power of the spirit? What is this intuitive reason? How can we develop this intuitive mind, which is a means, the only means to a higher knowledge?

These questions compel us to go deep within ourselves – as individuals and also as a people who have inherited a long tradition of inner seeking and spiritual pursuit as the most valid means to a true liberation and enlightenment. These questions not only point us to the necessity of deepening our own individual inner journey and pursuit of truth, they also compel us to closely re-examine the inner and outer history of our religious and spiritual traditions over the long march of time.

It is a long inquiry – both the in-search and the re-search, something we must commit ourselves to if we are serious about learning.

But in the meantime we must grasp this one basic fact clearly.

A real re-illumination of our long standing religious traditions and outer forms can not and must not be the result of the popular social-political activism of our times. This activism, often presented in the garb of intellectual reason, is generally nothing more than an expression of the need for a mere vitalistic-mental-sensationalism, always looking for a new cause for its enjoyment.

“Commercialism is still the heart of modern civilisation; a sensational activism is still its driving force. Modern education has not in the mass redeemed the sensational man; it has only made necessary to him things to which he was not formerly accustomed, mental activity and occupations, intellectual and even aesthetic sensations, emotions of idealism. He still lives in the vital substratum, but he wants it stimulated from above. He requires an army of writers to keep him mentally occupied and provide some sort of intellectual pabulum for him; he has a thirst for general information of all kinds which he does not care or has not time to coordinate or assimilate, for popularised scientific knowledge, for such new ideas as he can catch, provided they are put before him with force or brilliance, for mental sensations and excitation of many kinds, for ideals which he likes to think of as actuating his conduct and which do give it sometimes a certain colour. It is still the activism and sensationalism of the crude mental being, but much more open and free.” (ibid, p. 90)

A real renaissance of our cultural spirit and forms requires us to move beyond, way beyond the “activism and sensationalism of the crude mental being.”