Muslims gang-rape a minor Hindu girl in Tirthahalli: Massive cover up to protect the rapists 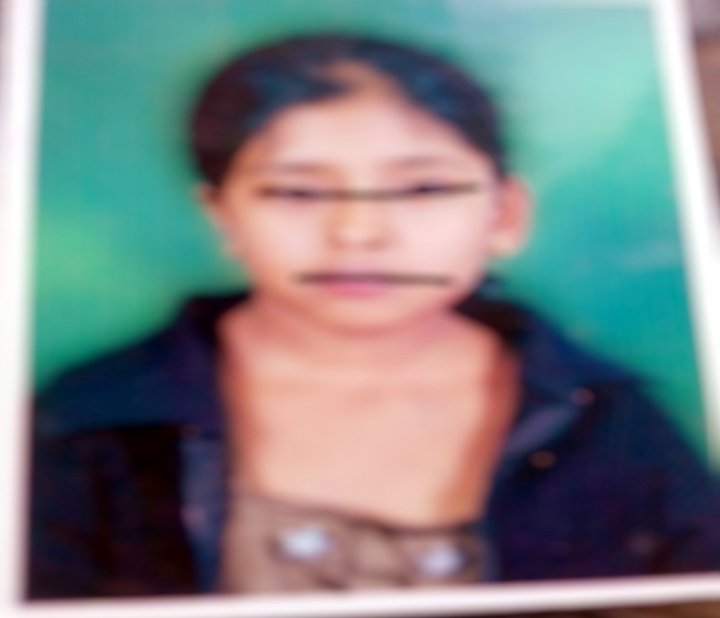 (Note: This is a translation of the Kannada news report of a minor Hindu girl’s brutal gang rape at Tirthahalli in Karnataka, and how the entire establishment and media is working to save the rapists.)

Tirthahalli in Shimoga district in Karnataka is renowned from time immemorial as a holy place. Indeed, the name “tirtha” itself means “sacred.” People there have a high regard for women. Tirthahalli is also known to be a place where childless and/or expecting couples keep a vow to have a girl child. Tirthahalli is generally known as a place of high refinement and culture.

On Friday, 1 November, the town was witness to a gruesome incident.

Nandita Poojary, all of 14 years became the victim of perverse lust and brutality at the hands of three Muslim goons. She was subjected to ghastly rape and murder. A local Kannada paper describes it as follows: “Nandita Poojary was akin to our little daughter. Three Muslim goons pounced on her like tiger upon a helpless prey, raped her and then murdered her.”

On 29 October, the school-going Nandita was waiting at the bus stop to board her bus as usual. The three Muslim youth who had been stalking her for quite some time arrived there in a Red Maruti Omni, forced her into it, and drove till the nearby Anandagiri hill and carried out the ghastly rape.

When passers-by heard her heart rending cries, they ran in the direction. But when they reached the spot, the goons pushed her down from the hill and fled.

The crowd then got her contact details from the school ID she was wearing around her neck, contacted her parents and asked them to come to the spot.

Either the assault was so brutal or the rapists had fed her something that the poor girl vomited several times on the road.She was then taken to her home in an unconscious state. Once she regained her consciousness, her parents then took her to the local hospital. Her condition shocked the doctors there who advised shifting her to Manipal hospital immediately. Nandita was then shifted to Manipal hospital. When the local Hindu community got wind of this ghastly news, they set out for Manipal hospital. However, about ten minutes before they reached the hospital, the young Nandita whispered something in her mother’s ears and closed her eyes forever.

And then began the vile process of encashing her death and protecting the three rapists. Even as the local Hindu community was pondering over the suitable course of action against the rapists, some Muslims who knew the identity of the culprits approached the Tirthahalli Taluk United Muslim Association (TTUMA). They met the president of TTUMA and briefed him about the incident. After he got the complete information, he called a meeting on the spot and took a decision.

Accordingly, on behalf of the TTUMA, he submitted a letter to the police seeking protection. The letter pleads for the police to station troops at key Muslim areas in the town—Jama Masjid, the Muslim fish market, and other Muslim-dominated localities.

The letter eventually found its way to the Hindu community, and its contents confirm to the Hindus the identities of the criminals.

Of the three Muslim rapists, one is a fish vendor, the other an electrician, and the last, a mechanic. According to locals, because the TTUMA knew the identities of the culprits beforehand, their letter to the police specifically mentions the fish market and other precise localities.

This had breached all the limits of Hindu anger. In retaliation, the Hindus pelted stones at the houses of the three culprits and burnt vehicles of Muslims. Meanwhile, the family members of the culprits had anticipated this retaliation and locked up their homes and fled the town.

Meanwhile, the rapists themselves were scared, and approached the son of a wealthy local Muslim businessman. The son reassured them protection, money, and resources needed to help his rapist friends.

Now this businessman has strong links with a local politician and called him up to “do something” in the matter. As a result, the police arrested about 44 protesters belonging to the local Hindu community. The TTUMA plea for giving police protection in the specific areas was implemented thanks to the orders of this politician. The irony can’t be starker—the police instead of arresting the culprits arrested those who were protesting against the ghastly child rape.

Indeed, the cover up attempts began right at the local hospital. In case little Nandita was not shifted to Manipal, all clues as to the barbaric reality of the case would’ve been suppressed by now. However, thanks to the local hospital doctors’ advice, the gory details of the case have now spread to as far as Udupi. Because the politician realized that the anger of Hindus could not be contained, he ordered them to be lathicharged and imprisoned.

According to locals, when Nandita’s father went to the police station on 31 October, he received a humiliating treatment from the police.Meanwhile, the media was activated to twist and distort the report of the actual incident. Here is a representative sample of the distortion: Nandita had an illicit relationship with a Muslim man. When her parents came to know of this, they beat her up. Unable to take this beating, she consumed poison and killed herself.

However, it is true that she did consume poison: except that it was force-fed to her by the three Muslim rapists in order to silence her, and avoid detection. It was because of this that she vomited for the first time after she was pushed from the hill.

Not a single Kannada media house said a single word about Nandita’s brutal fate even 18 hours after her death. Every single person in Tirthahalli knows the complete details of the incident with names of the guilty, and the people who are now working overtime to protect the rapists.

The media’s radio silence owes to the obvious reason: a warped sense of secularism and an incurable fear of Muslim hooliganism. However, thanks to the Internet and social media, the reality can no longer be hidden, and it is now fairly easy to tell the truth to people directly.

Indeed, Nandita was not raped merely by those three Muslim goons—she has been raped by the entire society—the Muslim businessman, law enforcement, the politician, and the media.

By the way, do you know what Nandita whispered to her mother before she died? “Mummy, nothing has happened to me. Just a little headache.”