Mystery Behind the Netaji Mystery 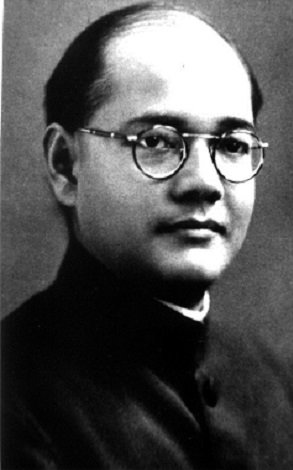 The real mystery is who concocted the story of Netaji’s death in plane crash that never took place and then tried to cover up the truth for 70 years.

By releasing the files relating to Netaji Subhas Chandra Bose, the West Bengal Chief Minister Smt Mamta Bannerji has performed a valuable national service. It is only a matter of time before the Central Government releases files in its possession also.

While this is certainly to be welcomed, there are challenges ahead, especially with the files in Delhi. They are likely to be in several languages, English, Hindi, Bengali, possibly also Russian and Japanese. In addition, scholars should have some idea of what to look for, because much of it will be routine and of little historical interest. So scholars will have to separate wheat from the chaff.

First we can look at the key facts that are well established. Netaji did not die in a plane crash in 1945 in Taiwan because there was no plane crash. And this was known to all the governments, including the Indian, then headed by Pandit Nehru. The question is who had the most to gain by this coverup operation. The Japanese might have wished that Bose might speak on their behalf with the Soviets who had just declared war against the Japanese.

Nehru feared Bose’s return might pose a threat to his position. There is some evidence to suggest that Bose was a Soviet guest-cum-prisoner from 1945 to 1950.  That was just before the Korean War when Mao’s China and the Soviet Union were extremely close. The Soviets might have come to an understanding with Nehru that they would hold Netaji in custody in exchange for Nehru following a pro-Chinese policy. Nehru did follow a strongly pro-Chinese policy by first declining a permanent seat in the UN Security Council, and later by surrendering Tibet against the advice of Sardar Patel and others. The documents might shed light on it.

If true it would explain why Nehru and successive Congress governments found it necessary to suppress these documents.

This is only a conjecture. While plausible, only the release of all the documents can settle it.

Then there is something else, potentially even more damaging to Nehru. It is believed in some circles that at the time of the transfer of power (1946 – 47) the then interim Government of India headed by Nehru had agreed to hand over Netaji Bose to the British to be tried as a war criminal. Nehru denied it, as indeed he would, but there could be letters and other documents that might support it.

All these may be dismissed as conspiracy theories. Such theories are bound to flourish when evidence is suppressed. The only way to stop such theories is to open the documents, no matter whose reputation is at stake. Truth and history are far more important than personalities, no matter how exalted.