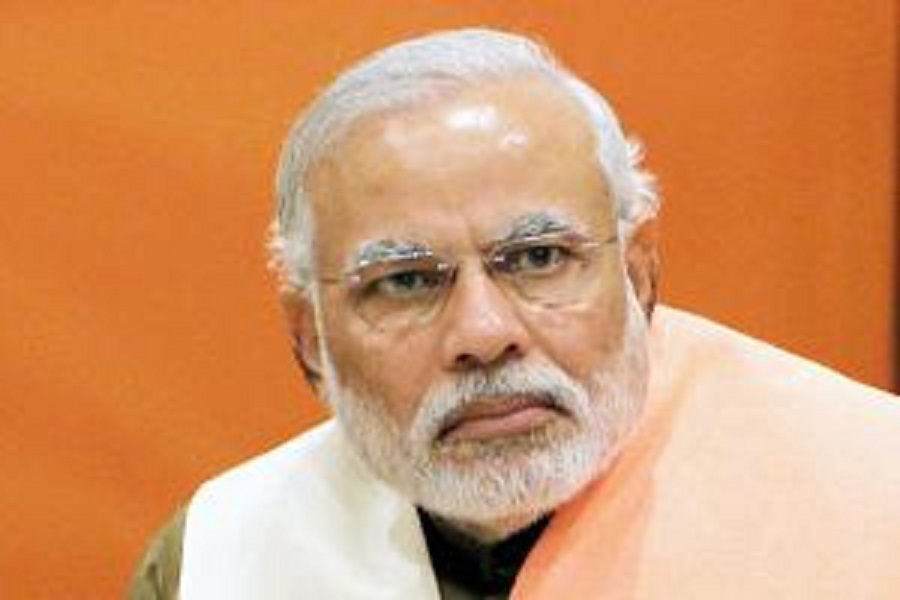 Even the highly educated elites of the USSR, with immeasurable historical experience of foreign invasions over centuries, failed to protect their country from chaotic rout. And it only took two decades for the successor state of Russia to find itself in an extraordinary predicament—with dire threats looming at borders that 30 million Soviet citizens died, within living memory—to secure.

By comparison, India’s elite’s are kindergarten novices, with meagre education and very little historical knowledge. Worst still, their trivial personal ambitions and sanctity of inflated egos outweigh concern for the future of their nation, civilisation and indeed their own children. They are also ready to be suborned for minuscule instant reward and reduced to coolie status in the aftermath of any initial private gratification.

India was not a truly united country even under British imperium, though it wielded ultimate military authority over Indian territorial space. India only became a politically united nation because of Sardar Patel’s astounding achievement in creating it by cajoling and overawing hundreds of fissiparous princely states. More than anyone, he is the real founder of the Indian nation, overshadowed subsequently by Gandhi’s preference for obsequious mediocrity, whose vanity caused the country dear.

Indians should consider themselves lucky their post-partition, truncated territorial integrity endures despite Nehru’s folly losing enormous chunks of it to Pakistan, China and Christian usurpers. His descendants almost managed to lose even more massive portions of J&K and the Punjab. And an unambiguous national writ barely exists in West Bengal today, Jihadis running amok in it with official connivance. The perversity of giving up control of national sovereignty, for more than a decade, to a foreign-born national of suspect loyalties almost amounted to the coup de grace now awaited by foreign imperial powers.

By some divine miracle, perhaps to mock before the final denouement, Narendra Modi unexpectedly entered the national stage with the ostensible aim of reversing national decline and securing its future. But Modi is besieged on all sides, worst of all, likely from within, by enemies operating stealthily for an opportunity to deliver a body blow. It might be taken for granted some of them are in touch with foreign powers.

The mislabelled, so-called political right wing that supported Modi is impatient, denouncing him already. Some of them incited discreetly from abroad, no doubt, like Cairo’s Tahrir Square protestors, who lost their initial enthusiasm for the Muslim Brotherhood’s Mohammed Morsi remarkably quickly. It is easy for anonymous twitter accounts to incite anger at Modi’s alleged failures to uphold promises. Morsi suffered a concerted campaign and Modi is also victim of a harangue of dissatisfaction by former supporters.

Narendra Modi came to power with far less electoral support than Mohammed Morsi’s Muslim Brotherhood, which won more than half the popular vote. Morsi’s election victory was duplicitously welcomed by Western countries in public, while plans were apparently put in motion to neutralise him and cauterize his political movement. He is now facing a possible death sentence. Like Modi’s government at the Centre, Morsi did not have sufficient authority over key policy instruments and the ability to control implementation, most particularly food supply in Morsi’s case. A movement of dissent and disenchantment was quickly evident, with the social media playing a critical role in promoting it, to the accompaniment of widespread random violence.

Of course Mohammed Morsi’s ideological straitjacket made him an easy target. He sought to adopt medieval Shariah certitudes instead of systematically disempowering his political enemies and seizing the reins of critical aspects of socio-economic policy action, difficult though that would have been.

By contrast, Narendra Modi’s government has adopted pragmatic policies that are overwhelmingly judged necessary, but that does not automatically make him immune to foreign-backed manoeuvres to remove him. And that surely includes his physical liquidation. This may sound alarmist, but major world leaders were assassinated quite unexpectedly in the past, including John F. Kennedy and the Congo’s high-minded, Patrice Lumumba, brutally killed by Western conspirators.

Narendra Modi’s government poses two challenging dilemmas for Western powers that are showing that they are capable and willing of inflicting genocidal ruin on entire countries, even in failed attempts to reorder the world according to passing whim.

Firstly, India has long been regarded as a resource by third parties in prosecuting their international rivalries, as Lord Curzon reaffirmed in 1908 and the US perceived from the outset of the Cold War. It is Indian numbers and bases that are required rather than its productive potential though that would clearly be an ancillary as service provider for military hardware originating elsewhere. A united India is unlikely to prove receptive to such an arrangement, which its international diplomatic posture made annoyingly clear to Western powers after 1947.

A more manageable India would be like contemporary Poland and Ukraine, falling over to act as US satrapies, or a deeply divided Middle East at the beck and call of Washington. For this to happen, it is either necessary to create a compelling political constituency within India, able to dictate government policies, or an India of quasi-independent individual states in competition with each other and looking abroad for succour.

The creation of a powerful political constituency within India that would be influenced by US dictates depends on a complex calculus of interdependent factors. In the past decade, the Anglo-American hold over India’s mainstream media has been consolidated abundantly. India’s prominent educational institutions are also deeply beholden to US preferences, if only because success for its alumni depends almost exclusively on a US sojourn once they graduate. Ideological infiltration has also become much more deeply rooted in the world-view of Indian teachers, their students and an unspeakably naive middle class.

In addition, numbers of Indian political parties and their leaders are direct or indirect US and Saudi proxies, also controlled by it. They are recipients of foreign funding or victims of blackmail for sexual and financial misdeeds.

In the past decade, a determined attempt has also been made to convert significant numbers of Indians to Christianity in order to create voters loyal to the views of various church denominations, which are, in reality, fronts of foreign chancelleries. A perceived threat to this unfolding conversion programme that the previous UPA government assiduously patronised has already provoked a savage campaign to destabilise the Mod administration. Other conspiracies against him, some with the likely collusion of people inside his own camp, are also apparent.

Secondly, an actual breakup of India also cannot be ruled out though it will prove much more difficult than alternative modes of subversion. However, an unexpected domestic crisis of widespread civil disorder and violence could be a prelude to it. Observers should not be oblivious to the utter chaos Western powers have managed to inflict on the Middle East, in less than a decade, by stirring dormant historical jealousies and hatreds. Such a cataclysmic socio-political situation might arise if Narendra Modi is assassinated by someone from the minority community at the instigation of US-Pak agents. They of course operate freely in most parts of India, not least West Bengal and Kerala, where they enjoy the patronage of treasonous local politicians in power.

The role of Indian security agencies and their leadership will prove critical if the political system finds itself in disarray owing internecine political chaos, which was India’s norm for much of its history. It is possible that political stalemate will result in a crisis, paralysing critical decision-making apparatuses. The role of the Indian armed forces would be extremely consequential in such circumstances. But absence of the kind of leadership officers of the generation Generals K. M. Cariappa, J. N. Chaudhuri, K. V. Krishna Rao and Sundarajan Padmanabhan could provide may result in confusion and political capitulation of the armed forces, without engaging in armed defence of the Indian Union. This would be a demanding task, requiring military action on a number of fronts simultaneously, against domestic revolt and foreign attack.

Such an eventuality would surely lead a Pak threat, likely to be opportunistically supported by China, allowing J&K and the Punjab to secede. In the worst case scenario, the loyalty of West Bengal and Tamil Nadu to the Indian Union could not be taken for granted. In a flailing situation of a collapsing Indian state, many unexpected outcomes are possible as the mighty USSR found to its cost during the 1990s.

Indians should also recall Nehru’s 1962 speech, announcing the virtual surrender of eastern India to advancing Chinese forces. It seems unlikely that enough Indian leaders would rise to the occasion, taking command and issuing decisive orders. More likely, they would be searching for passports, bank passbooks and preparing to flee the country. Others would simply offer their services to any new political authority likely to seize it, as they have done recently with a barely legitimate foreign born spouse of no conceivable merit.

A broken India, only nominally united and a Centre without real political hold, like the eighteenth century Mughals, would suffice to end Indian sovereignty. A Khalistani Punjab and Tamil Nadu would assuredly collaborate with the US, both relieved at overcoming the alleged thrall of Hindu ‘despotism.’

India’s minorities would be enthused to find they are freed of the same ‘Hindu miasma’. In any case, the moment sanctions of Indian state authority could not be imposed, they would look to Islamabad, Saudi Arabia, and assorted Christian authorities abroad for guidance. Any Khalistani political unit would be totally dependent on Pakistan and the US. A myriad of Indian and organisations, from its media, civil society and academic institutions would embrace the new imperial dispensation with alacrity.

The likeliest scenario in which the US and its allies would seek to execute plans to instigate such an outcome would be an attempt by Narendra Modi to reach an understanding with China. The cessation Indo-Chinese rivalry would decisively threaten to end Anglo-American global primacy. If Narendra Modi were to espouse such a bold diplomatic strategy, the US would be utterly opposed. Of course it would pose a mortal threat to Pakistan as well though it may find itself truly indispensable to the US once again as a result of a Sino-Indian accord. China itself may still regard a truncated India as a preferable long term goal to eliminate a potential Asian rival permanently.

In these momentous times of unfolding cataclysm, Narendra Modi’s government would be in grave danger of total implosion and he himself a potential victim of assassination.