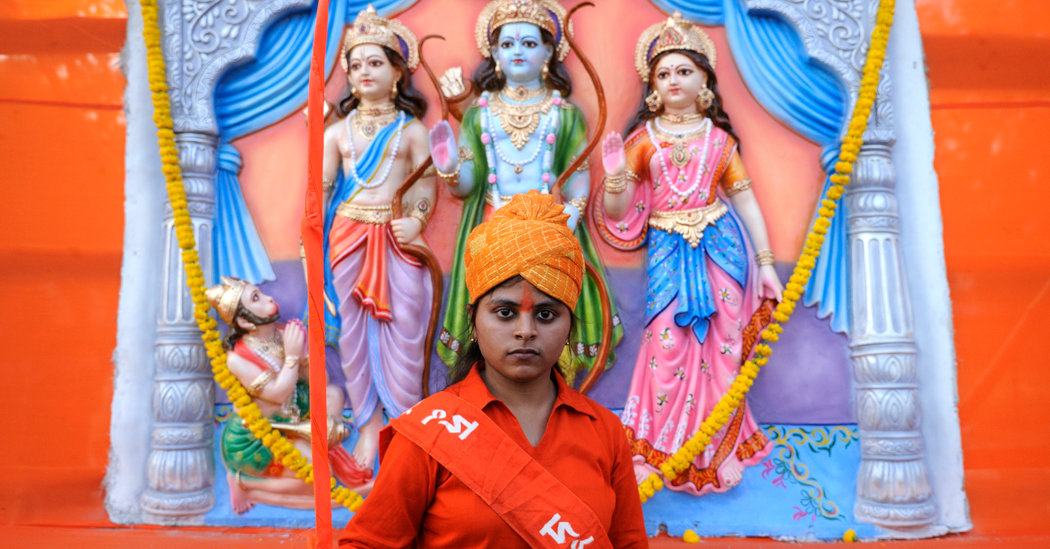 Recently, the New York Times published an article by historian Romila Thapar titled “They Peddle Myths and Call it History“, it goes on to propagate a dozen half truths and full lies. This article attempts to examine various claims made by the noted historian.

First off, the article claims that India won its freedom due to the efforts of Jawaharlal Nehru and Mahatma Gandhi. Thapar never tries to suggest that there were other factors, such as the INA or the revolt of the armed forces which also played a part. Secular nationalism of the Congress won us freedom. Period. Then the article goes on to say that the secular narrative of the Congress was challenged in the 1920s by two organisations – the Muslim League and the Hindu Mahasabha.

The Muslim League was already in existence for about fifteen years by 1920, being established in 1906. The Hindu Mahasabha came as a reaction to the Muslim League and the Punjab partition of 1905. Let us now trace the history of the organisation that Ms Thapar is so concerned about. The Bengal and Punjab partition of 1905 and establishment of the Muslim League in 1906 made some leaders such as Lala Lajpatrai believe that an organisation to uphold Hindu interests had become a necessity. Starting with the Punjab Hindu Sabha, various provincial Hindu Sabhas and related events came up in the next few years. It was at the Allahabad session of the CONGRESS (1910) that a formal petition to establish the All India Hindu Sabha was first moved. Finally, the All India Hindu Sabha was established in April, 1915 at the Kumbh Mela in Haridwar. Mahatma Gandhi was present on this occasion, fully supportive of the new organisation.

So, the challenges to the so-called secular narrative were already there by 1920s. Our historian inexplicably misses out on mentioning the Non Co-operation Movement, an event which saw the Congress, now under Gandhi, marrying the independence struggle to the entirely Muslim headache called the Khilafat movement. A match made in hell, which started an insatiable cycle of appeasement which continues to this day. So much for secular nationalism. This dangerous mixing was opposed by both Jinnah and Madan Mohan Malaviya, but the article makes no mention of this important event. A classic case of pot calling the kettle back. What did happen in the 1920s is that the Congress lost it vanguard of nationalist leaders in the form Tilak, Lala Lajpatrai and Bipin Chandra Pal and tilted towards the appeasement based politics which continues to be its hallmark. In 1921, the All India Hindu Sabha (Sarvadeshak Hindu Sabha) became the Hindu Mahasabha.

Contrary to what the article says, the Hindu Mahasabha did not morph into the RSS. Hegdewar left it and formed the RSS. A mistake not expected from someone who seeks to differentiate Professional History from the Hindutva version (term at end of article, not mine).

Says the article, and I quote “ Striking new ideas surfaced in Hinduism during period of Muslim rule, such as those developed by its many devotional sects, which enriched the religion”. Then she goes on to lament how this glorious history of Mughals is brushed aside. Now let us examine what historical sources say about Muslim rule and the Bhakti movement.

Translation : Just after the death of Dyaneshwar, the rule of Muslims was established in Maharashtra. This was a great calamity on Dharma. Ved, chaturvarna, brahman, cows, temples, idols, teertha-kshetras were all trampled upon. It was felt that Sanatan Dharma would come to an end. It was at this time that the bhakti, bhajan and frugal approach of the saints kept the masses within the folds of Hinduism.

Another eminent historian, Rajwade, has also said the same thing in his ‘Maharashtrachi Shivkalin Samajrachna’ – “This way, through the route of bhakti, these saints kept the multitudes within the folds of Hinduism and protected the Hindu culture. Thus, their contribution to our country is priceless”. (Translated from original Marathi)

VK Rajwade is a giant as far as the history of Maharashtra is concerned. His is the foundation on which all further scholarship regarding Maratha history stands. Unfortunately, his work isn’t available in Hindi or English, else a lot of post-independence, pro Mughal and pro-British articles and books would never have appeared.

This is not to say that the Bhakti movement was a reaction to Muslim rule. It was a reform movement already in motion, and provided a bulwark when calamity befell Hindu civilization.

The article now moves further back in time to the age of the Saraswati civilization. I quote, “Hindutva ideologues insist on a single uniform culture of the Aryans …. having prevailed in the subcontinent, subsuming all others.”

The liberal left, which has been Max Mueller’s spokesperson and champion of the Aryan Invasion Theory for the longest time has been the one saying that Aryans came and subsumed the local Dravidian culture. I do not need to post references, all of us who have been to school and read the garbage that passed of as history textbook will remember this. On the contrary, it has been research carried out by scholars on the “right” of the spectrum that has led to the AIT being forcefully challenged.

Yes, some ideologues on the right have gone overboard with the ancient internet and aeroplanes, but that does not negate the wealth of information that is presented in our scriptures. Away from the westernised “Professional History” of the Left, a lot of information regarding astronomy, mathematics, philosophy and medicine has been unearthed in scriptures from India’s “golden age”. Dr Lad, for example, found a cure to treat leprosy by studying Sanskrit scriptures. The Left fallacy lies in ad hoc dismissing the entire gamut of Indian literature, and having a condescending attitude towards it, as the article shows.

Now we move back to the Mughal age, where Thapar claims that Upper Castes dominated the administration. An old article of mine “How Indian was the Mughal Empire?“, graciously published by Indiafacts, shows that hardly any Indian Muslims leave alone Hindus and Upper Castes could reach the upper echelons of power. From Babur through Aurangzeb, the percentage of foreign nobles hovered around 75 %. Local Muslims and Rajputs, their staunchest allies, made up the rest. The following two photos will show how many Upper Castes made it to the administration in the days of Akbar and Jehangir, when the Idea of India, to use a much abused phrase, had reached its zenith.

Since the article swings on the liberal left, it dutifully sticks to meaningless whataboutery.

I quote, “Claim to victimisation is ironic given that worst form of victimisation – claiming lower castes to be polluted – was practised by upper castes for 2000 years”. The problem with this statement, is that while Hindu society has recognised the problem of caste and taken steps to overcome it, the secular society of India has moved around in the pages of medieval history with a large bucket of white paint. Hindu society has accepted the problem with caste and moved accordingly. But if similar coming to terms with history is demanded of the Left, you are branded as Hindutva fanatic, RSS supporter etc. Moreover, medieval tyrants continue to be role models. While ‘Atrocity Literature’ can fill up an entire library (preferably the one in JNU), books talking of temple destruction and forced conversions are supposed to be trivialized ‘Hindutva history’, books by Bhayarappa, for example.

Says Thapar, “Some powerful Muslims did attack temples”. Just about every powerful Muslim ruler did so. Then she goes on to say that Hindu rulers also stole idols and broke temples. Yes, idols were stolen, but almost always worshipped with full honour elsewhere. A marked difference from indulging in breaking idols. The whataboutery extends to Hindu – Buddhist ‘conflict’. But very carefully, the article skips mentioning Bakhtiyar Khilji and his invasion which reduced the Nalanda university to a smouldering ruin.

The article time travels once again to the days of Nehru. I quote, “the concerted attacks on Jawaharlal Nehru, country’s first PM and a symbol of anticolonial movement …. is a covert way of attacking the secular democracy”.

Thus, everyone who is critical of Nehru is critical of secular democracy. Supporters of Bose, Patel, Bhagat Singh all have valid reasons to criticise Nehru. His economic policies have been criticized as has been his handling of China with regards to the 1962 war. Entire books exist on criticism of Nehru’s actions and policies. Are all of them opponents of secularism and democracy? By decrying all opponents of Nehru as “opponents of democracy”, Ms Thapar comes very close to blind hero worship, something not expected from a practitioner of Professional History (term at end of article, not mine).

Last but not the least, the photo shown in the article is not of the Brihadeshwar temple at Tanjore. While one can grant benefit of doubt to the author with regards to pictures in an article, NYT (which has always set high standards), is expected to do better. A simple google search will land thousands of photos of this very famous temple situated right in the middle of Thanjavur city. It is nowhere close to being on a mountain top.

The title of the article then, seems rather ironic and makes one wonder about the term “Professional History”.