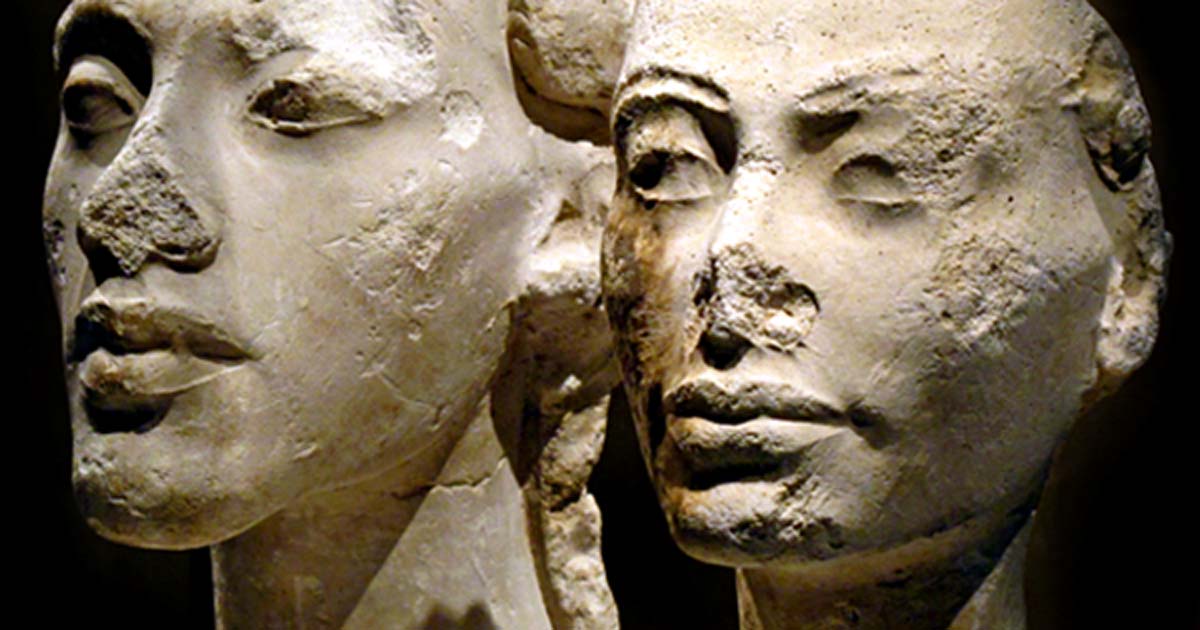 In the list of bizarre misinterpretations of ancient Indian thought by Devdutt Pattanaik, one could add his reading of the Śūrpaṇakhā episode in the Rāmāyaṇa, as evident from this tweet:

“After Lakshman cut Surpanakha’s nose, all happiness was gone from Ram’s life: his wife, Sita, was abducted, and his family/kingdom saw his queen’s reputation as stained forever … He lived alone in the palace but she thrived in the forest with their twin sons. #karma #choices”

It would appear that whatever Rāma suffered subsequent to Lakṣmaṇa cutting off Śūrpaṇakhā’s nose was karmic retribution, suggesting implicitly, that it was a cruel and unjust act. However, in examining such events recorded in ancient texts, it is important to take into account the prevalent norms of the society in which they occurred and not judge them by the moral standards of our own times. This is not to say that the ancient world was ‘primitive’ but that it was different from our own and it is important to understand what nose-cutting would mean in its context, as opposed to the aversion and disgust it evokes in ours.

I was faced with a similar problem in the course of my study of the Pañcatantra. I was trying to understand the issue of strī-dharṣaṇa (violence against women) in the context of a story in which a barber’s wife gets her nose chopped off by a weaver who mistakes her for his own adulterous wife. The barber’s wife is a go-between who actually abets the adultery though she does not commit it herself. Later, she tries to get her own husband framed for the mutilation, an offence which is punishable by death. However, the judges discover the truth and sentence her to death for the attempted murder of her husband but realising that women were exempt from capital punishment, order that her ears be chopped off.

In trying to gain a perspective on the practice of strī-dharṣaṇa (violence against women) in the pre-modern world, an essay by Patricia Skinner titled “The Gendered Nose and its Lack” (2014) proved to be a very useful resource. Incidentally, it also refers to this story in the Pañcatantra that I was trying to analyse. The following is based on the interpretation which I have sketched in my commentary on the Pañcatantra, titled “Natural Enmity: Reflections on the Nīti and Rasa of the Pañcatantra”.

Essentially, Skinner’s essay is a critical response to the coverage in the Time magazine (August 2010) of the facial mutilation of an Afghan woman, Aisha Bibi, which depicted an award-winning photograph of the victim along with the concern of what lay in store for women in Afghanistan after the departure of the US army from that country. While Skinner has attempted to understand a real event in the contemporary period, my objective was to make sense of a fictional account of extreme domestic violence in an ancient text. Nonetheless, her study enabled me to see the mutilation of the barber’s wife, both at the hands of the weaver and of the judges, in the context of a ‘medieval pattern’ of facial disfigurement as punishment for women.

With regards to nose-cutting, Skinner has raised the issue about whether it was considered as a crime or punishment, and explained the ambiguity with examples from medieval Europe. She suggests from the sixth-century account of the Frankish Bishop Gregory of Tours, that ‘facial injury … had a purpose, to warn others against … treachery – but it was only legitimate if the state … was the perpetrator.’

Men suffered it as punishment for political betrayal and women for adultery. Skinner refers to the Biblical passage (Ezekiel 23:25) which specifies cutting off noses and ears as punishment for ‘lewdness and prostitution.’ With regards to women, Gregory gives the example of French nuns, accused of sexual misconduct in the course of a revolt, being roped to posts and given a good beating while some got their ears and noses cut off. This is exactly what we have seen happen to Mrs. Barber in the current narrative.

In the same period as Gregory, we have another author, Jordanes, who reports the wife of Huneric the Vandal, being dispatched to her parental home with her nose and ears cut off, due to suspicion of conspiracy. However, Skinner also tells us that Frankish law in the fifth and sixth centuries forbade the infliction of facial injuries on another person. In other words, the act was considered so horrific as to be performed only by the state and that too in extreme cases.

The same, we should note, is true of our narrative. The judges interrogated the barber if he had mutilated his wife because she had desired another man, or had attempted to strike him fatally, or had committed theft. It implies that in these circumstances the mutilation would have been considered justifiable. However, the barber was in a decrepit state on account of the thrashing he had received from the police officers, subsequent to his wife’s complaint. We may note in passing that women abusing the protection offered to them by the state to falsely incriminate their husbands is nothing new.

Anyway, the barber was unable to explain the alleged crime (aparādha) and so was declared fit for capital punishment for violently assaulting a woman (strīdharṣaṇād vadhya) without cause. There is thus a tension between how much law a man could be allowed to take into his own hands and how much was the prerogative of the state to exercise.

When the judges realized the truth about Mrs. Barber, they declared that her nose had got cut off by her own action (sva-karmaṇā). Does this mean that, in the view of the text, the weaver had not committed a crime by cutting off Mrs. Barber’s nose but inflicted a deserving punishment on her for abetting in adultery? Would it be considered justifiable, in the view of the text, for him to cut off the nose of Mrs. Weaver as well, once her deceit and adultery would have become known to him? On both counts, I think the answer is in the negative.

This is because the acts of beating Mrs. Weaver and mutilating Mrs. Barber are shown to be committed by the weaver in states of drunkenness and drowsiness. The text is thus merely depicting what men might do in the circumstances but it is not naturalizing or legitimizing those acts. Indeed, sva-karmaṇā ‘by her own action’ would suggest that the judges considered the nasal mutilation as a crime but they held that Mrs. Barber was complicit in the act which had victimized her. Clearly, they began with the assumption that violence against women (strī-dharṣaṇa) was an offence punishable by death, unless there was a justifiable reason for committing it. As Skinner puts it eloquently, ‘although sometimes justified as a punishment for acts of criminality or perceived betrayal, even medieval authors recognized that it was an extreme response, requiring ample justification.’

Pointing out that Aisha’s mutilation was not recognized as legitimate even by upholders of medieval Islamic law (sharia), Skinner notes that commentators attributed her husband’s behaviour to a ‘tradition’ of punishing deceitful and transgressive women in this manner and herself adds that folktales such as the present one in the Pañcatantra could serve as the vehicle for its transmission. Lest it be misunderstood as an Oriental practice originating in Indian narratives, she points out that literary nose-cutting of the faithless wife is to be found even in the Bisclavret, a French narrative of the 12th century.

Indeed, the best part of Skinner’s essay is that she has shown how facial disfigurement as a punitive practice cuts across time, space and gender.

Skinner has also mentioned that ‘medieval contemporaries viewed [nose-cutting], in many cases, as excessive (unless it was being substituted for execution, when it was instead presented as a merciful option).’ This is precisely the view, which the Pañcatantra has assigned to the judges in this narrative. When they realized that Mrs. Barber was guilty of a capital offence, they suggested ear-cutting as the ‘merciful option,’ explaining that a woman should not be executed, no matter how serious the crime.

This also conversely specifies the circumstances in which she could legally be mutilated viz., if she had committed a capital offence. Ultimately, Mrs. Barber was punished not for abetting in adultery but the attempted murder of her own husband. And Mrs. Weaver, who was the real adulteress, was not even summoned at court, let alone punished. Thus, it is evident that the text portrays the nasal mutilation of women suspected of adultery as a practice which occurred in society but it does not egregiously recommend it. The nose-cutting of Mrs. Barber occurred as an accident when her silence was misunderstood as her firm resolve to continue her illicit affair, at the hands of a weaver who was in no position at the time to take a sensible decision; while her ear-cutting was a merciful option, decreed in view of a woman committing a capital offence.

In light of the foregoing, it should be evident that Śūrpaṇakhā’s nose was cut off by Lakṣmaṇa also as a merciful option, when she made an attempt on Sītā’s life. That was the prevalent norm – in India and across the world. Had she been a man, he could have killed her but being a woman, facial mutilation was as far as he could go in dealing out punishment. It was not a crime that would have attracted karmic retribution.

Ashay Naik is a Sanskrit scholar and a software professional. He is deeply interested in studying Bharatiya culture, political philosophy and theology. He has completed his Honours in Sanskrit from the University of Sydney and is a contributor to the Swadeshi Indology series. He is the author of Natural Enmity: Reflections on the Niti and Rasa of the Pancatantra. He blogs at https://satyanrtam.wordpress.com and tweets at @AshayNaik1.