Of monuments and memories 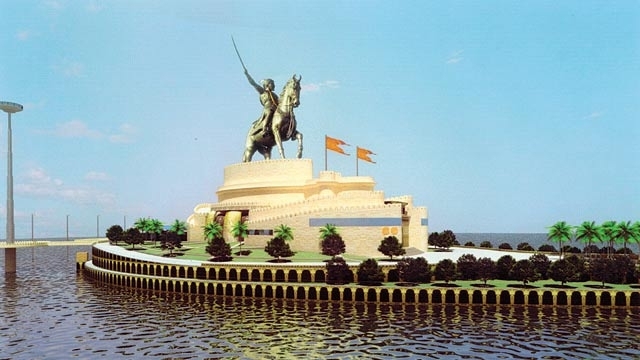 A few months back, I visited the War Memorial in Ghorpadi, Pune with my friend, the columnist, Shefali Vaidya. It was a sobering occasion. We were there to pay tribute to the fallen martyrs of Uri and light a candle in their honour. The one odd hour I spent there, had a profound impact on me. I met an 86 year old retired general, ramrod straight with a strong grip. I met another solider, frail and bent at the waist due to age. When the anthem began, he pushed his ageing, tired body to an upright posture that must have taken some effort. I saw strong men, men who defended the land I stood on, with tears in their eyes. I can never hope to know what it means to defend a land you love so much, but standing before the tall memorial, with the tri-colour fluttering in the evening air, I felt I could at least understand the history that was made by our braves, and the leaders who led them in the battle.

Another leader, over four centuries ago, led his men in one of the greatest battles of Indian history, and to dismiss the project to build his memorial as political grandstanding, is nothing short of denying Indians an opportunity to remind themselves of their heritage.

Yes, I am a taxpayer in the state of Maharashtra and I want you to stop telling my state government how to spend the tax money with respect to the King Shivaji Memorial project.

To start with, the argument that a tax-payer should have a direct say in how his tax money is spent has some clear-cut moral hazards attached to it, and hence needs to be qualified very carefully. As a taxpayer, I share the chagrin of my fellow taxpayers about wasteful expenditures undertaken by various government bodies. However, demanding that I have a direct say in how my tax money should be spent opens the dangerous door of disenfranchisement of the non- taxpayers, i.e. the poor people of the country. It allows politicians to differentiate between the votes of the poor and the tax-payers. That is against the fundamental principle of democracy.  Taxation without representation is bad, I give you that, but tell me this- is ‘no representation if no taxation’ much better?

Also, I would like to remind my fellow middle class tax-payers of the slippery slope nature of their argument. If you argue that you should have a say in how your tax money is spent, it automatically means someone paying more tax than you should have a greater say in how their money is spent, and should your opinions conflict with each other, the rich people’s opinion should hold, as they pay more tax. Is that the kind of society we wish to create?

It is also curious how these educated tax payers view government expenditures. Bestselling author, Chetan Bhagat, who tweeted that this money was better spent on helping distressed farmers in Maharashtra, wrote an op-ed a few months back, asking the government to set aside 10,000 crore a year to help groom athletes for the Olympics. The 3600 crore expenditure on the memorial is a one-time expense, which is likely to become a revenue stream through tourism etc. over a period of time.  Mr Bhagat takes objection to that, while asking three times that outlay per year, so that athletes can train better and win medals. Now if you are a farmer from a village without electricity in rural Maharashtra, you have to ask if you would truly care what happens at the Olympics. And as hard as my urban friends might find it to believe, this poor farmer is far likelier to know and revere King Shivaji, and hence given a choice, he may actually choose the memorial over the Olympic medal.

While we are discussing expenditure, let me also ask you, if the government should spend so much money making filmmakers and technicians at the FTII, when farmers are committing suicide. Or for that matter, if the government should subsidize study of any non-vocational course at all, when we as a country are so poor.  If you are one of those who feel FTII is a necessary expenditure and the Memorial is not, please remember you don’t mind the government spending money while farmers are committing suicide, you merely wish it does so on things you prefer.

As a Maharashtrian, I also feel I need to ask if it’s my fault that none of the previous government undertook such project when it could have been done much cheaper. That King Shivaji was the single greatest leader Maharashtra ever produced is beyond doubt, so is it the fault of Maharashtrian people that for the first fifty years, they were ruled by people who spent so much money promoting one family instead of an indigenous hero? Am I suggesting two wrongs make one right? No, I am saying equating the family with King Shivaji is indulging in the worst of the false equivalences.

In conclusion, I can’t help but remember a quote that says “If you want to defeat people, first take away their language, then their culture, and if that fails, take away their leadership.” To millions of ordinary Maharashtrians (and lot of people from other states too) King Shivaji is a symbol of freedom and justice and courage in the face of adversity. A memorial celebrating the King is not just a memorial of a man, but of the glorious struggle of an entire state against the brutal oppression at the hands of the invaders at that time. You already see a concentrated effort to whitewash the brutality of some of those invaders through books and movies. If you combine that with an opposition to the memorial of a man, who stood for the freedom of his people, you can’t help but wonder, if this is not merely an effort to take away our culture and our leaders from us.

As a scholar once noted ‘Monuments are the grappling-irons that bind one generation to another.’ It behoves us all to let the democratically elected, people’s government in Maharashtra to take a decision on the links it wishes to use in the process.