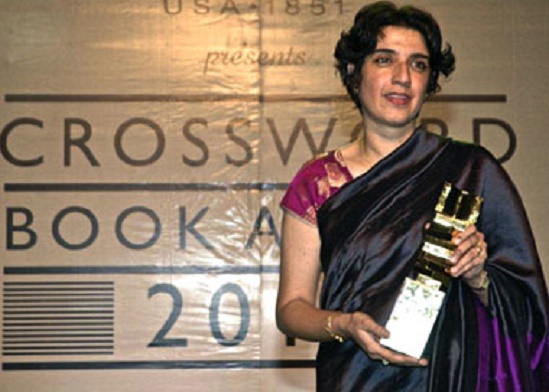 On a first look, I could have safely ignored your article published in World Policy Journal as just another leftist rant, but since you mentioned JNU and its Sanskrit center, I had to jot down some quick remarks as a response.

First impression – your article appears to be an anti-BJP and pro-Pollock pamphlet and not a scholarly piece at all. A typical Hinduphobic pro-left rhetoric that’s all one can say about your article!

Your comment on the building of the Sanskrit center in JNU.  Our building is ‘swastika’ shaped in the good sense that it is known in the whole of India. Swastika does not become a stigma for India just because some German fanatic misrepresents it. Most other buildings in JNU follow some western architecture. In your opinion should that be preferable to using any native design for architecture on Indian campuses?

Later in your article, you have faintly suggested Sanskrit center to be castiest, communal, etc. But you do not know that we have helped in developing the first English-Urdu Machine Translation for Microsoft Bing Translator in the Sanskrit center of JNU. Please check it out .  We are leading Indian government’s corpora development initiative for Indian languages on a server based platform. We have developed several predictive mobile keyboards for fringe languages of India. Our Sanskrit-Hindi Machine Translation System is called SaHiT and is going to be available for public soon.  Please visit our server called “Sanskrit” for details.  This in my view is the meaning and power of Indian swastika and Sanskrit – taking along everyone. Sadly, the brand of scholarship you represent does not want to understand this. Focusing on imagined battlefields does nothing to help India. Instead, it attempts to break India by dividing it into pieces.

Sanskrit studies in India have nothing to do with the elitism of any kind whatsoever. You are most welcome to visit our center in JNU to witness it. I would in fact suggest you do a field work in the Indian universities/ashramas and then describe the data so collected.

Your claim that Sanskrit has re-entered the popular imagination in the last 3 years or so is a fiction and smacks of a certain kind of argument that scholars like you take against any well-meaning government. Do you have any data to support this argument? In fact, Sanskrit has survived all these years due to an active community. It is this community, which has fought for its survival during the Arabs, Mughals and British. It is this community, which continued the hard work even after independence with or without government support.

Sanskrit does not represent high caste or culture at all. Please collect data from the 17 universities, 150 departments of Sanskrit and numerous schools and ashramas. You may then have to revise your article accordingly.

Sanskrit has done a great job in uniting India. It is often a common reference point for all. Just look carefully at the Hindi or Punjabi you speak. Can you speak without Sanskrit words?  Open a grammar book of any Indian language, you will invariably find Panini in it. Similarly, literary traditions of modern Indian languages will have an imprint of the Sanskrit literary theories. The themes and genres in Indian literature would unmistakably be from the great epics and other texts of Sanskrit. The art and aesthetics would have an imprint of Bharata. Look into the aspects of Indian history, sociology and other disciplines, you will have their source in some fundamental text in Sanskrit. Volumes can be written on the impact of Sanskrit on western knowledge.  You may also like to do some research on the impact of Sanskrit on South East Asian countries. Sanskrit in many ways represents India, but you have portrayed a completely distorted image of it for reasons best known to you. In this connection, you may want to read the arguments given by our national leaders, who supported Sanskrit in place of Hindi as the national official language.

Sanskrit does not have ‘Brahmin domination’. Dr Ambedkar was a strong votary of Sanskrit and not someone as you have projected him.

Though, I admire scholars like Prof Pollock for their work on Sanskrit based Indology, I seriously doubt the capacity of such scholars to read and interpret serious culture texts of Sanskrit. However, you have devoted at least three paragraphs in his honor. I wonder, if this was one of the objectives of your article.

By ‘naturalizing’ Sanskrit words in English, these words do not ‘become’ English words. They maintain their identity, as we maintain our identity in a foreign land. However, if in saying so your objective is to misappropriate them, then you may be simply daydreaming.

And again, the rest of the article is simply anti-BJP masala and nothing else. If any government wants to promote Indian symbols and things (every other country in the world does it), then you have a problem. I am sure concepts like ‘guru’,  ‘yoga’, ‘ayurveda’ or  ‘kaali-puja’ will be promoted even by the leftists if they ever come to power in India.

Please do not link Sanskrit to a fictitious ‘cultural battle field’. Let us say no to paid-scholarship and work towards building a genuine and rational scholarship which benefits India and the rest of the world.