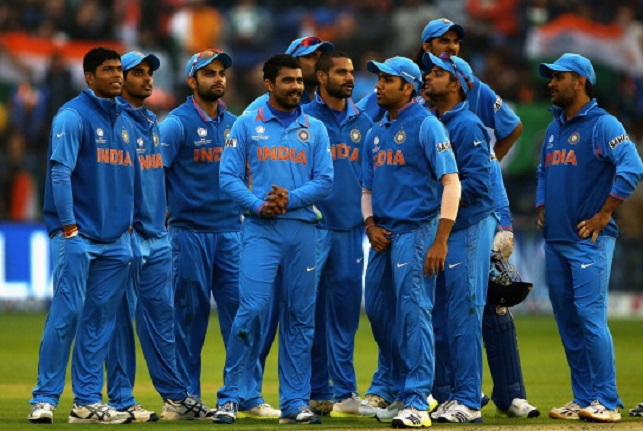 I am a fan of your game and have been following it ever since Sachin got the bloody nose in Pakistan. I vividly remember that Chetan Sharma delivery and that Javed Miandad six. Images of Dawood on the phone and later Gen Musharraf watching a rookie Dhoni bat in awkward style have remained with me. I have celebrated in the streets each time India defeated Pakistan in a World Cup match. Yes, they are the most exciting, edge of the seat thrillers which I like to watch over and over again.

Cut to these images-

A little child at the funeral of her dad but her brave mother said her children will join the army.

A terrorist confessing that Pakistan was involved in these attacks.

A former Pakistan general admitting he engineered Kargil and that it was a success. Now, if you ask me do I want to watch these exciting, edge of the seat India-Pakistan thriller cricket matches?

A Big No! While hectic parleys are on between the PCB and BCCI to host this series at a neutral venue, I urge you to look at the above images and ask yourself, “do I want to watch these exciting, edge of the seat India-Pakistan thrillers?”

I am sure your answer will not be different from mine. Like many of us common Indians you too have been trapped in a bubble of silence. But often for things to change in society, finding your voice and not mere speaking is important. Speaking we all do, but are the words that come out reflect what we truly believe in or are we just being politically correct most of the time?

This is the reason the intolerance debate was probably the best thing to have happened to India. While the common Indian has found his voice on the social media, what has been interesting to see is the way our films stars have come out of their cocoon and begun to freely say things.

Right from Shyam Benegal (who spoke against the FTII striking students) to Anupam Kher and Vivek Agnihotri who led the Tolerance march to Raveena Tandon who has been voicing her opinions in a frank manner—Bollywood celebs who till date always kept a studied silence on various issues are now speaking up.  And I am not speaking about just the so called pro-government voices. This list also includes Shah Rukh Khan, Aamir Khan, Saif Ali Khan, Javed Akhtar, Shabana Azmi and various others and this is a good thing. We know their stands, we know what they believe in and we are free to make a judgement call whether to like them, hate them or plain ignore them.

Now think of the cricket series and think of Pakistan. You know what Pakistan is doing. You see images of young kids at their father’s funeral, you see news of terror camps being busted in J&K every other day, you know of the Pakistani hand in various terror acts in the country and you know they shelter India’s most wanted criminal Dawood Ibrahim. I know most of you may have Pakistani cricketers as your dear friends, but will you sacrifice your nation’s honour for friendship?

When it comes to India-Pakistan cricket, why aren’t we hearing more voices on the India-Pakistan cricket series? Is it the fear of losing money by violating your contract? Or is it just that you have got used to being silent? Or do you believe in cricket diplomacy? Whatever it is, we would like to hear you take a stand. Because not just current players, I rarely see even former players take a stand on this issue.

As a fan, I urge you to speak out and stand up for the nation. If you think the BCCI is filled with powerful people
and your voice will go unheard, do remember that nothing is more powerful than the voice of the people. While a
politically led march against fake intolerance had a few hundred people, a people-led movement like the March For India saw people marching in thousands in various cities in India saying India is a tolerant country. Although late, Bollywood has found its voice. I ask: will you cricketers find yours?

Yours Truly,
A cricket fan