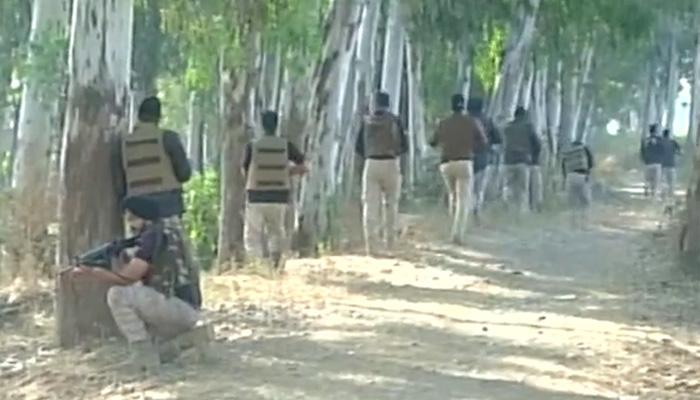 In the first half of Christopher Nolan’s “Batman Begins” the enigmatic Henry Ducard (Liam Neeson) instructs the young Bruce Wayne (Christian Bale) “Crime must not be tolerated. Criminals thrive on the indulgence of the society’s understanding”.

As I watch the reports about the Pathankot attacks and the reactions on social media to it, I couldn’t but help remember these lines and reflect. The reactions to the cowardly attack at Pathankot were broadly segregated along two lines: The left liberals/ Congress and its B Team spokies and intellectuals of the award wapsi hue were all mocking PM Modi’s visit to Pakistan and how the diplomacy had failed (with Barkha Dutt plugging her book shamelessly in the midst of all this).

The BJP supporters were expressing their own (mostly well meant) frustration at what is seen as soft diplomacy with a neighbour who does not deserve it. Then I sat up and asked mysef, “wait a minute, if the opposition is trolling Modi and his support base is advising him, who is asking hard questions of the terror apologists?”

Throughout the day I did not see a single Twitter handle or opinion pieces mentioning how a major chunk of the intellectuals demanding accountability from Modi today were running from pillar to post to secure pardon for another terrorist, Yakub Memon, who engineered a much larger attack on Mumbai in 1993, killing 257 innocent, unarmed civilians.

The people who signed a letter seeking pardon for Yakub included Congress leader Mani Shankar Iyer, CPI (M) leader Prakash Karat , Brinda Karat, Naseeruddin Shah and Mahesh Bhatt to name a few. A terrorist not hanged for his misdeeds forever remains a fight risk or a possible bargaining chip in a hijack as we painfully learnt today. And yet people willing to put the nation at this risk for the sake of their own politics or some misplaced zeal of human rights are not being questioned for their moral callousness.

Similarly, there seems to be no outrage against people like Arundhati Roy who wrote an article calling the execution of Afzal Guru, the mastermind of attack on Indian Parliament in 2001, as a “stain on Indian democracy”.

Roy’s brothers-and-sisters-in–thoughts—people like Shivam Vij who felt sad when Kasab was hanged and called those of us who felt a sense of justice “lynch mob” (http://kafila.org/2012/11/23/why-i-was-saddened-by-kasabs-execution/) or Advocate Mohit Yug Choudhary who argued “An illiterate boy of 13 sold by his family to the LeT, brainwashed into jihad, transformed into a killing machine and sent as a foot soldier to India are mitigating factors that entitle him to the lesser penalty.”

The perversion regarding Kasab’s crimes runs on these lines: it’s as if his family selling him to terrorists was somehow India’s fault and it thus entitled him to killing 166 civilians on that night of terror in 2008.

Just why exactly are we allowing these anti-nationals to encourage terrorism under the guise of plurality and human rights. Indeed, it wouldn’t be far fetched to conclude that these terrorists are almost confident there is a group of influential intelligentsia in India who will rationalize and defend their crimes.

Or that the same intellectuals will also call the ordinary man’s desire to see justice done as “baying for blood” or “Lynch mob justice”?

In their superb runaway bestseller “Freakonomics” Steven Levitt and Stephen Dunbar say Economics is a study of incentives. and so is social unrest including terrorism. The day you have intellectuals like Roy condemning ordinary citizens for their sense of satisfaction over the Afzal Guru hanging, some fanatic sitting in a cave somewhere, monitoring the chatter on the internet goes “oh these people are defending us after what we did to them? Neat!!” and the next attack gets planned. Then the same fanatic watches Kavita Krishnan holding candle light vigil to keep Yakub from the noose and goes “wow, this is the old 1-2 sucker punch. We kill these guys and then let these intellectuals loose on their justice system to ensure speedy retribution remains a pipe dream. Nothing will motivate our Jihadists like knowing they will have civilian support in a country they are waging war against”. Sounds dramatic? Maybe. Sounds true? Absolutely.

Literature often mimics real life in principle while exaggerating in scale. Remember in Mario Puzo’s classic “Godfather” a young brash Sonnie Corleone interrupts his father while the older Don Corleone is about to say no to a drug dealer. Even though the interruption is momentary, it gives the dealer an idea that if the father was not there the son would have made the deal. He makes an attempt on the father’s life and ignites a bloody war. Any support coming from inside of your enemy camp will make every outsider dream of a chance of victory.
This obvious encouragement to terrorists apart, I find this “root cause” theory to be fundamentally deeply flawed. I would say that to find justification for acts of violence in the hope of getting rid of it is like finding stress factors that induce alcohol craving to cure alcoholism.

Knowing your addiction better would rarely cure it. Being steadfast in the face of it and showing ruthless resolve will go a long way towards curing it. Also there is no denying that many times people use violence not as a last resort but as a quick way out. If violence was the last resort we would have nothing called as road rage since nothing that happens while you drive is enough of a reason to kill and yet every year at least 1500 people are killed because of it.

Bringing change through legitimate means takes a long time and needs exceptional organizational skills and enormous patience. It is easy to see why picking up a weapon and knocking off a few people can be seen as a way to bump your number on the waiting line all the way to the top.

As perverse and counter intuitive it may sound, actually there is a very strong case for harsher penalties for people who pick up a weapon as a means of bringing the world’s attention to their problem. They are not only killing innocent people in their mission but they are also indirectly perpetrating injustice on all those who are being patient and using democratic means to bring about the change they wish to see.

Between an extremist organization killing people and a group of civilians peacefully demonstrating outside the Parliament, it is easy to guess who will get called first to the negotiation table. What if one fellow who has been peacefully agitating for over a year sees these hoods sitting at the table, laying their terms and go “ oh now I get why I was ignored”.

Any analysis of the root cause theory will only push more and more dissenting groups into the arms of violent agitations.

But then what do we do to the dissenters? Do we demand they be jailed? Or silenced by other legitimate means? As tempting as the prospect seems, my own faith in free speech does not allow me to make that demand. But as I am often fond of reminding- free speech is not the consequence free speech.

The people who sought pardon for Kasab, who felt Guru’s hanging was a stain on our country or who stayed awake through the night praying for Yakub’s pardon definitely acted as catalysts to the further acts of terror in India.

Laying the blame of these acts of terror and other acts of terror in future is not the mentality of a lynch mob, it is not Islamophobic, it is merely the courage of calling a spade a spade. And it has to be done with adequate focus. because if we don’t, they will take the proverbial mile. They already written in Firstpost asking “protect us from hate speech.” The hate speech being calling them anti nationalists because they were being… well anti-nationalist.

So my leftie liberal friends, you lost your moral ground of questioning Modi on terror threat the day you wrote to the president seeking reprieve for a terrorist or the night you penned an essay calling AK 47-wielding mass murderers “walking with comrades”. You have said in some cases it is ok for people to kill us, now you don’t get to demand safety from the same people.

And my right minded friends, I know your heart is in the right place and I know you really feel you know better than Modi about the best way to tackle terrorism. But till the time these intellectuals justifying terrorism and seeking abolishment of death penalty are around, no amount of security mechanism is going to make us safe from suicidal, mass murdering zealots. If we are going about rectifying what is wrong starting with people who are on our side, it is not the best strategy.

About the possibility of us turning in to bloodthirsty savage society? Let me close by again borrowing from “Batman Begins” when Ducard tells the young Wayne “there are those without decency that must be fought without hesitation and without pity.”