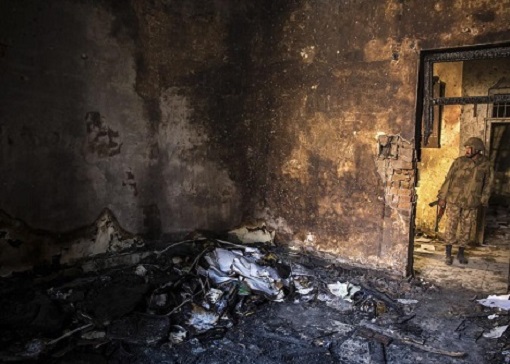 The terrorist attack on a military-run school in Peshawar, in which 148 people, including 132 children died, evoked considerable outrage in our country and elsewhere. It also gave rise to the hope that, at long last, Islamabad would see the light of reason and shed its policy of terror export. It didn’t take long, however, for the hope to get dashed. Instead of working on a course correction, the powers that be in Pakistan ensured that there was not even a blip in its covert anti-India campaign. They facilitated the bail of Laskhar-e-Taiba operations commander Zaki-ur-Rehman Lakhvi, one the seven Pakistani nationals accused of planning and abetting the 2008 Mumbai terror attacks. Within 48 hours of the Peshawar horror.

To put things in perspective, the hope was a consequence of wishful thinking; it had nothing to do with the understanding of the situation in Pakistan and of jihad. It did not account for the fact that hatred for India flows in the bloodstream of Pakistan’s body politic. Generations of Pakistanis have been fed with the anti-India rhetoric; every ill that afflicts our western neighbor has been attributed to us—from sectarian and ethnic violence to floods.

So, Jamaat-ud-Dawa (JuD) chief Hafiz Saeed, the main culprit of 26/11 Mumbai massacres, immediately found the guilty: “India has done it.” Former Army chief and President Pervez Musharraf also tried to peddle the same lie: “Do you know who is Maulana Fazlullah? He is the Tehreek-e-Taliban Pakistan commander. He is in Afghanistan. And I am reasonably sure that he was supported by the former (Hamid) Karzai government and RAW to carry out terror attacks in Pakistan,” he told an Indian news channel.

[pullquote]Generations of Pakistanis have been fed with the anti-India rhetoric; every ill that afflicts our western neighbor has been attributed to us—from sectarian and ethnic violence to floods.[/pullquote]

Saeed and Musharraf, of course, have reasons to lie: both have their hands soaked in blood, the blood of not only Indian soldiers, paramilitary troopers, and citizens, but also that of Pakistani security personnel and people; they will surely try to introduce red herrings into the terror narrative. But the response of, among others, Pakistani security analyst, Syed Zaid Zaman Hamid, was certainly the consequence of Pavlovian conditioning: “India, we will not forgive you for this atrocity! You chose the day of December 16th to rub it in. We stand firm, united and will crush you.” The reference was to 16 December, 1971, the day when the Pakistani Army surrendered to Indian forces in Bangladesh.

But the Pakistani negationists would like the world to forget this and other facts. Like the role of the Pakistani Inter-Services Intelligence and military in birthing and nurturing the Taliban, whose offshoot the Tehreek-e-Taliban Pakistan is. And the ideological bonding between various Taliban groups and Al-Qaeda. And Pakistan’s doublespeak on its war on terror: it thunders to end violent militants, and then facilitates the release of a top terrorist.

These are not just accusations made by India. “Western officials have accused Pakistan’s Inter-Service Intelligence agency of colluding with militant groups. Discovering Osama bin Laden within the country’s borders in the city of Abbottabad, where there is a dominant military presence, increased suspicions of cooperation in the West,” says a write-up in www.cnn.com, adding that US Admiral Mike Mullen in particular has accused the ISI of funding and supporting jihadists.

This brings us to the understanding of jihad, or the lack of understanding. Public intellectuals in India still refuse to accept the threat posed by jihad to not only our country but to the entire civilization. Worse, there are many grandees who want to obfuscate comprehension by pontificating about ‘internal jihad.’

[pullquote]Jihad is an exclusivist, supremacist weltanschauung whose scope is global and whose adherents are determined to exterminate anything that they perceive as un-Islamic. [/pullquote]

Then there is the idiocy of moral equivalence: Islamism is often equated with any kind of obscurantism and extreme position, e.g., moral policing by saffron outfits and Sikh militancy. Truth, however, is that jihad is an exclusivist, supremacist weltanschauung whose scope is global and whose adherents are determined to exterminate anything that they perceive as un-Islamic.

They are not constrained by the normal codes of decency and humaneness, like slaughtering children. They will tread any path if they think that it would lead to Islamic hegemony of the world, even if their march leaves piles of corpses behind. Khorasani’s warning that the Peshawar attack was “just the trailer” to more outrages should not be seen as an empty boast. Jihadists are capable of any conceivable vileness—and more; who could have even thought of banging passenger airliners into 100-storyed buildings? Yes, they can.

It is time India and the rest of the world shed wishful thinking—and the hopes emanating thereof—regarding Islamism and worked out appropriated strategies to combat it.