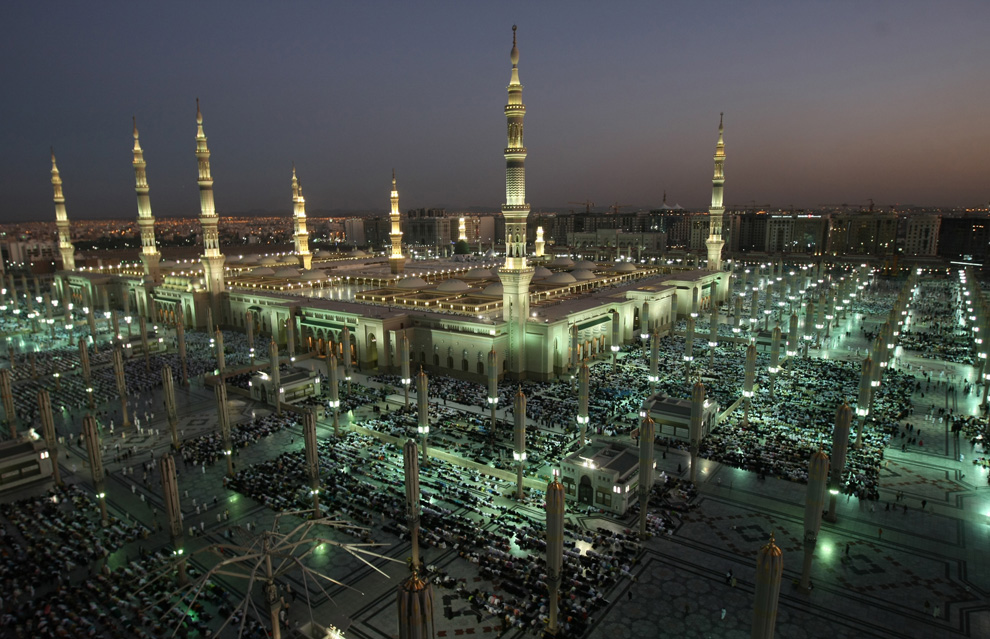 The Islamic scriptures inform us that the Prophet Muhammad altered the text of the Quran that had been allegedly revealed to him by Allah and as a consequence Allah killed him. This is the startling finding of Peter Townsend in Questioning Islam: Tough Questions & Honest Answers About the Muslim Religion (Kindle location 1,840-2,000).

Townsend arrives at this inference after a careful and critical examination of the primary scriptures of Islam, namely the Quran and the Hadiths. Here, I present Townsend’s compelling findings in a paraphrase as good as verbatim along with my analysis.

Abdullah Ibn Sa’d Ibn Abi Sarh was an early and enthusiastic follower of Muhammad. He had been recruited as a scribe to record the revelations Muhammad received from Allah. Those revelations would constitute the Quran.

After an initial period of enthusiasm, Ibn Abi Sarh became disillusioned. The reason was that he would suggest changes to and rewording of the revelations from Allah as transmitted by Muhammad. The prophet readily accepted those suggestions. Even though the Quran (6:115, 18:27) emphatically announces that the revelations cannot be altered, the ease with which Ibn Abi Sarh’s alterations were accepted eventually disillusioned him. Therefore, he apostatized from Islam.

Ibn Abi Sarh had earned Muhammad’s ire for yet another reason as well. After apostatizing, he produced verses that mimicked the quranic revelations. The Quran (2:23) claims that its perfectly formed verses were revelations from Allah and that no human being could ever produce anything like those.

In the Quran, Allah even challenges any human to produce verses like those. This claim bestowed legitimacy upon the Quran as divine revelation. So, predictably, Muhammad was irate that Ibn Abi Sarh could produce verses like that. If the people of Arabia couldn’t distinguish between the verses that Allah had revealed and the ones that Ibn Abi Sarh produced then naturally Muhammad’s prophetic career was in jeopardy.

Ibn Abi Sarh’s death sentence was later commuted under the strangest of circumstances. Ibn Ishaq informs us that Ibn Abi Sarh had been condemned to death but he went into hiding. The person who had hidden him appealed to Muhammad to commute the death sentence. After a long silence, Muhammad agreed and Ibn Abi Sarh went away.

After he left, the associates of Muhammad asked him why he remained silent for a long time when the appeal was made to commute Ibn Abi Sarh’s death sentence. Muhammad replied, “I kept silent because I hoped one of you might get up and strike off his head!” (Guillaume, A.: The Life of Muhammad – A Translation of Ishaq’s Sirat Rasul Allah, p. 550).

In any case, it was imperative that Muhammad initiated a damage control exercise to allay suspicion that he had altered the verses that Allah had revealed. So, Allah sent a new revelation (Quran 69:44-46): “And if the messenger were to invent any sayings in our name, we should certainly seize him by his right hand, and we should certainly then cut off the artery of his heart (aorta).”

The implication of this quranic verse is clear. If Muhammad were to die through the cutting of his aorta then he is guilty of modifying the quranic revelations. How did Muhammad die?

Muhammad had earlier waged a brutal war against the Jewish tribe at the Battle of Khaybar. There was a widespread massacre of Jewish men after which Muhammad ordered the female survivors to cook the victorious Muslim jihadis a sumptuous meal.

A Jewish woman named Zainab avenged the slaughter of her people by serving Muhammad poisoned meat. Muhammad had ingested some of the meat before he realized that it had been poisoned. Even though he recovered, the effects of poisoning lingered on until he died.

Two important and authentic hadiths shed light on the deathbed utterances of Muhammad. Sahih Bukhari (5:59:713) reports the following as among the last words of Muhammad: “O Aisha! I still feel the pain caused by the food I ate at Khaybar, and at this time, I feel as if my aorta is being cut from that poison.”

Sunan Abu Dawud (4498) reports the following as among the last words of Muhammad: “I continue to feel the pain from the morsel which I had eaten at Khaybar. This is the time when it has cut off my aorta.”

Allah had warned in the Quran that if Muhammad were to alter the quranic verses revealed to him he would die by having his aorta cut off. The hadiths inform that is exactly how Muhammad died. Therefore, one must inevitably conclude that Muhammad had altered what Allah had revealed to him.

Muslims everywhere in the world take the Quran and the Hadiths very seriously. They attempt to live according to the prescriptions of these texts. I am not sure that the compilers of the Hadiths, Sahih Bukhari and Sunan Abu Dawud, who lived closer to the time of Muhammad, were serious believers.

Did they see through the charade that Muhammad had enacted and hence left telltale evidence that would later on discredit him? Did they manufacture these hadiths after coming across the quranic verse with the intent of discrediting Muhammad and Islam? Were they closet pagans who didn’t want to risk their lives by resisting Islam openly? Were they secretly enjoying the practical joke they were playing on the nascent but fanatical Islamic umma at the expense of the prophet of Allah secure in the belief that the blind followers of Islam wouldn’t discover it in the lifetime of the compilers of the hadiths? These interesting questions would be pursued at a later date.

An embarrassed Islamic apologist may be tempted to argue that the Hadiths are untrustworthy. It is true that some hadiths have been considered spurious in the Islamic tradition whereas the rest have been accepted as authentic. However, as Townsend points out, many of the core teachings of Islam would be unintelligible but for the Hadiths.

The Quran, for example, contains no reference to the shahada, which is central to Islamic belief. It is only the Hadiths that illustrate such core beliefs and practices. Therefore, the Hadiths have always been the core scriptures of Islam. They cannot be expediently discounted. Even more pertinently, the episode narrated here comes from two of the Hadith collections that the Muslims venerate as authentic.

Ironically, Muhammad incriminated himself, perhaps with the unsolicited help of the compilers of the hadiths, like no other prophet before and after him ever had.