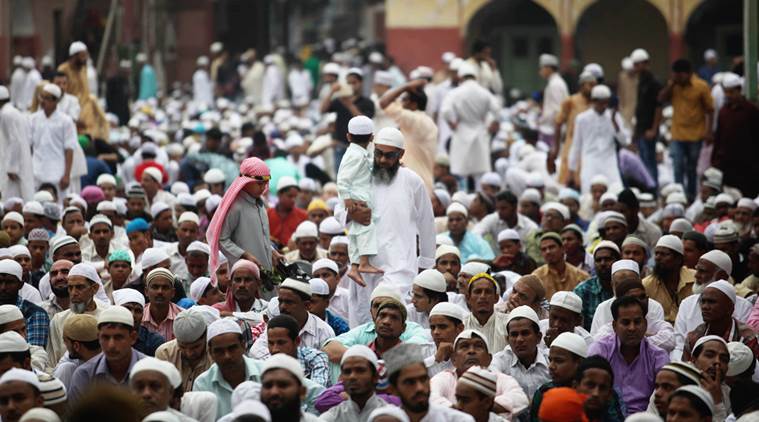 Is earth overpopulated? Are we going to run out of resources to feed and clothe everyone? Since the end of the 18th century, this topic has been hotly debated by scholars all around the globe. The doom scenario was mostly based on the state of contemporaneous technology rather than future growth. Thus many predicted that food production (or other amenities) will not keep up with the growing population. However here we are, 7 billion plus and growing, and famines are completely eradicated.

While the debate about high population has died down in most countries (it is mostly about low population now!), it is gaining traction among a section of Hindus in India. In contrast to the global debate, it is not based on aggregate unsustainability of high population but about the change in demography of Hindus vis-à-vis Muslims. In public debates, Hindu nationalists sugar-coat their ideas on high population by talking about poverty, education and development but it is not difficult to read between the lines on why they are so interested in population control suddenly.

According to the most recent population census in 2011, the Muslim population in India stands at 14.23%. This makes India home to the 3rd largest Muslim population in the world after Indonesia and Pakistan. Not only the percentage of Muslims in India has grown over the decades, but it is also accompanied by a high fertility rate among Muslims. The left liberals are unconcerned by this demographic change and often downplay the importance of it. However, the ghosts of partition are still alive among many on the Hindu side. A higher Muslim population (Hindus went down below 80% of population for the first time in 2011 census) accompanied with a significant difference in Hindu-Muslim fertility rate has only raised these concerns further. It is under this background that population control law is making the headlines. To counter this demographic threat, one can either increase Hindu fertility or decrease Muslim fertility rate (among many possible ideas) and it is the latter that proponents of population control law have placed their bets on.

The panacea boils down to “Hum do hamare do” i.e. two child policy to maintain demographic equilibrium. The law proposes that if anyone violates it, the family should lose all types of support from the government under milder version of the policy while it should be jailed under the stricter version (there are multiple versions of the proposed law). The idea is to somehow restrict the number of children per couple, and hope that it will miraculously save Hindu demography.

However, the entire idea is based on faulty premises and a careful look at the data from NHFS-4 (National Family Health Survey) shows that the proponents have not done the prerequisite homework needed for policy making. Any good policy should take into account the recent data trends and ease of implementation. Where does population control law stand on these two fronts?

Trends: India will suffer from low TFR (Total Fertility Rate) in the near future not high TFR

Population growth is crashing all across the world and India is no different. The aggregate TFR for India has crashed down from around 3 to 2.2 in the latest NFHS-4 survey conducted in 2015-16. But India is a big country and this one number hides a lot of regional variation.

The TFR needed to maintain the population at current levels is 2.1 children per woman. The current data reveals that many Indian states are way below the replacement level already. It is the northern states, with a slightly higher TFR, which have pushed the Indian TFR above the replacement level of 2.1.

The population control law will hardly have any bite in the future given this data. If more than half the states are already below TFR level 2, what is the point of bringing such a law? The TFR in many of these states is even below the advanced European countries (which now actually encourage having big families). If the states have below replacement fertility they will lose future tax income from such declining demography. How will population control law help such states? It will only worsen their economic outcomes in a few decades from now.

When the fertility rate of Muslims go down by few notches, the mainstream media reports extensively on it while hiding the fact that Hindu fertility decline is even sharper (in terms of percentage). The TFR ratio for Muslims vs Hindus in India is 2.62/2.13 = 1.24 in NFHS-4 i.e. Muslims have 24% higher TFR than Hindus. While the absolute number of children per woman might have gone down for Muslims from more than 4 to 2.62 per woman, but it hides the information that Hindus have seen an even sharper drop. The TFR ratio has only moved from 28% to 24% between NFHS-3 to NFHS-4. (For detailed discussion on TFR ratio read here.)

What does it imply? Take an example of Kerala which has TFR of 1.56 i.e. much lower than what population control law proponents want. But if you look closely, Hindu TFR is 1.42 while Muslim TFR is 1.86 in Kerala. Both are below 2 but the TFR ratio is 1.86/1.42 = 1.31 i.e. Muslim TFR is 31% higher in Kerala, compared to only 24% higher for India. Thus, the demographic loss will be much faster in Kerala than in India, although it satisfies the requirement of population control law already.

Given the recent trends, it is easy to bet that Indian TFR will crash below 2 on its own in a few years. The population control law proponents have their heart in the right place, but their recommendations will not work because they have not looked at the data. The reason behind high TFR ratio is the crash in Hindu TFR and not high Muslim TFR. Unless there is a way to increase Hindu TFR, asking for a population control law is akin to flogging a dead horse.

This brings us to the second crucial issue i.e. implementation.

The secular state has been pretty weak in implementing most policies in post-independence India. It will be foolhardy to expect that this particular policy will be any different. Given that the focus group is minorities in this case (according to those bringing in the law), it will only make implementation even more difficult.

In case the implementation turns out to be good, it should scare the Hindus further. Why? One only needs to look at the past policies to understand how population control policies disproportionately ended up hurting Hindu demography. One of the most popular policies in the last few decades has been sterilization. But what were the implementation results for different religion?

Once again we can use NFHS for this analysis. Apart from the general questions, NFHS also has questions on various contraceptive methods used by the survey respondents. One of the popular methods is sterilization of females. Apart from the bad conditions under which such mass operations are carried out, one should also worry on the religion based uptake of sterilization. The data in NFHS-3 reveals that sterilization is twice as common among Hindus compared to Muslims. While only 32.78% of Hindu respondents were sterilized, the number for Muslims sterilized was only 16.60%.

A  similar picture emerges even if one looks at the state level data (see here), i.e. sterilization rates are higher for Hindus across all states. Now, there are two possible reasons behind it. Either, the governments actively target Hindu women to increase the number of sterilizations or Hindus are themselves more inclined to use this contraceptive method, which leads to permanent loss of fertility. It is difficult to pick one reason out of the two, but the end result is the same.

This raises the important question- how different will population control law be when it comes to implementation? If sterilization data is the benchmark then Hindus should be hit more by this new policy as well. Either the government will target them more or they will be more than happy to obey the law themselves. In both scenarios, it will only exacerbate the demographic problem rather than improve it.

Hindu society has finally started reacting to the demographic demise of Hindus in India. The 2011 census gave the initial signs of declining Hindu population to even the people disinterested in this issue, when Hindu population reached below 80% for the first time since partition, and sent shock waves across the whole political spectrum. It is thus natural that now questions are being raised on how to optimally react to impeding demographic explosion of Muslims. Population Control Law is one of the first ideas that is being debated in this context.

However, this solution seems half baked as it is not grounded in facts based on current data. Actually, the population control law will prove nothing more than a paper tiger since the TFR is bound to fall below 2 on its own in the near future in all states. In the worst case scenario, the flawed premises will lead to flawed prescriptions which will end up worsening the original problem (plus creating extra problems for tax generation etc.). Nevertheless, it is a good start that such debates are finally coming out in the open. This leaves the field open to more ideas and suggestions.

The writer is the author of the book "Truth about Muslim population explosion in India".