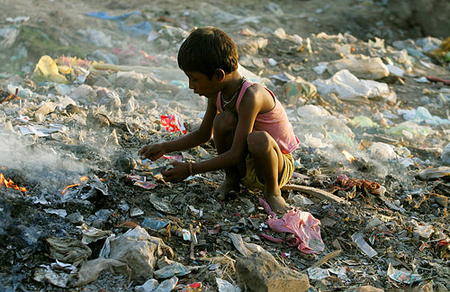 Once upon a time, might was right and justice was the interest of the strong. Whichever brigand became powerful enough to gather a large number of armed men and subdue the local populace claimed to be the king of the domain which he could control. Priests would concoct the monarch’s genealogy, often linking him to some divine or mythical being and thus raising him above the lesser mortals. Hence the King had the divine right to rule. For their services, priests were handsomely rewarded. It happened in India as also in other parts of the world.

Today, there are no kings and queens—at least in the manner they were there a few hundred years ago; at most now we have constitutional monarchies. This has happened primarily because the concept of individual liberty has been acknowledged, in varying degrees, in most parts of the world. However, the politicians of our time still crave for the powers and privileges that the Pharaohs, Chakravarti Samrats, Badshahs, Sultans, and Czars enjoyed in the bygone era. They look for new forms of divinity to arrogate to themselves more powers—and find new deities in digiriste concepts like social justice, diversity, and egalitarianism. In the Indian context, the most popular deity is poverty. We even have a name for it—Daridra Narayana.

The term was coined by Swami Vivekanana but came to be identified with Mahatma Gandhi. He wrote in 1929, “Daridra Narayana is one of the millions of names by which humanity knows God who is unnamable and unfathomable by human understanding, and it means God of the poor, God appearing in the hearts of the poor.” Eventually, it came to mean ‘God as the poor’ or, even worse, ‘God as poverty.’

Abhay Charanaravinda Bhaktivedanta Swami Prabhupada, founder of the International Society for Krishna Consciousness or Iskon, rightly pointed out, “Daridra cannot be Narayana, neither Narayana can be daridra, because Narayana is always accompanied by Sri, Laksmiji. How He can be daridra?” In short, Gandhi debased both religion as well as politics.

Perhaps, V.S. Naipaul was a bit too harsh when he said in a 1999 interview that Gandhi “was uneducated and never a thinker.” After all, Gandhi was a politician, not a political philosopher, certainly not a scholar well-versed in the finer points of theology. But the Nobel Laureate was bang on in his observation that “the Gandhian idea of piety and a very holy poverty is used now to excuse the dirt of the cities, the shoddiness of the architecture. By some inversion, Indians have used the very idea of Gandhi to turn dirt and backwardness into much-loved deities.”

And it is from these deities from whom our political parties, especially the Congress, derive legitimacy for more powers. And who, pray, are the priests of our times? They are a coalition of pinkish intellectuals, sundry activists, tenured academics, and self-appointed champions of the poor. They live in different times than those of the forebears; they use a different phraseology; but their remit remains the same: to justify greater powers of the rulers citing the divinity of our age—poverty.

There are some other common traits as well, the most important being the disdain for productive sections, commerce, and free thinking. Brahmins placed those engaged in agriculture and trade quite low in the caste hierarchy; similarly, contemporary intellectuals have nothing but contempt for the private sector (maligned as ‘crony capitalism’), profit (the term ‘profiteering’ is preferred), market (which is seen as insensitive vis-à-vis the solicitous state), and so on. The priests of yore imposed ban on sea travel; Brahmins of our times are also against WTO, intellectual property rights, etc. In earlier times, respect for traditions, gods, and goddesses was mandatory; today, too, one is expected to show due deference to holy poverty.

So, poverty is the god to whom even Narendra Modi, the most conservative politician, has pay obeisance. He is the man who, quite unlike any other Indian politician, believes that the business of government is not business, who swears by limited government, and claims that he can perform within the system and that he does not need new laws and institutions. But this Rightist too has to claim that the first charge on national resources is that of the poor, lest he be dubbed as anti-poor and pro-rich.

The deification of poverty by Gandhi was something that our politicians and intellectuals found profitable: the former empowered themselves and made minted money, while the latter got grants, high offices, sinecures, and influence. One of the last notes left behind by Gandhi in 1948 said, “I will give you a talisman. Whenever you are in doubt, or when the self becomes too much with you, apply the following test. Recall the face of the poorest and the weakest man whom you may have seen, and ask yourself, if the step you contemplate is going to be of any use to him. Will he gain anything by it? Will it restore him to a control over his own life and destiny?…”

The talisman was lapped up by the political and intellectual classes. It also became the beginning of the end of statecraft; over the years, it was reduced to an unending series of populist measures. The state, supposed to be vehicle of welfarism, became increasingly rickety as a consequence. But this bothered neither the new kings nor the new Brahmins, as the two classes had established a symbiotic relationship. Both continue to pray at the altar to the new deity—poverty.