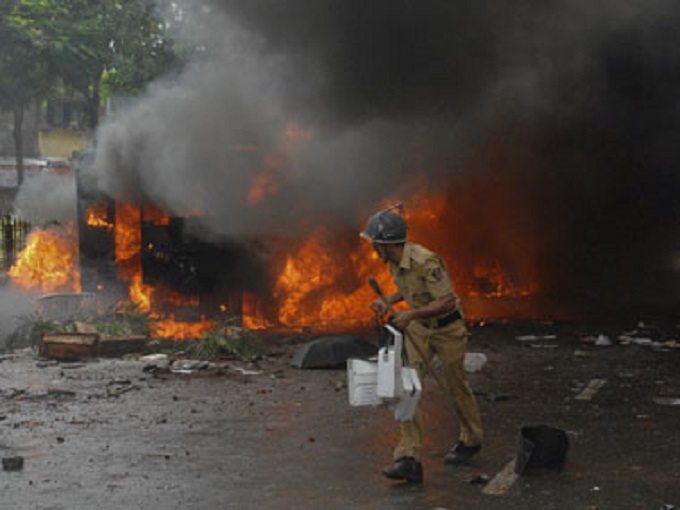 One of the charges against Teesta Setalvad, a contributor to the Report of the Armed Conflict Resolution and People’s Rights Project is ‘manipulating the evidence’. She and her colleagues have been accused by the Indian Supreme Court-appointed SIT of tampering and manipulating the evidence, sometimes even completely inventing facts and manufacturing evidence in order to demonize Hindus in the context of the Gujarat riots. 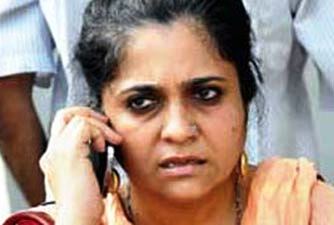 It turns that the other authors, including the editor of the Project, Angana P. Chatterji, are not above manufacturing evidence. Almost all of the ‘critical evidence’ that is used to demonize Hindus and depict them as monsters was manufactured by the Panel of the Project. It is a Hinduphobic panel, which has vested interests in painting Hindus with a racist brush and to dehumanize them before the world.

Theoretical Research – The Evidence of Thoughts

In flowery language, the Panel claims that the “work is premised upon preliminary applied inquiry and archival, secondary, theoretical, and legal research.”

The fundamental point to be noted here is that there is no primary research for any of their claims. The Report is just a rehashing of the claims and accusations that many of the contributors have been making since the Gujarat riots occurred in 2002.

Another source of the Report is oral history. Oral history is gleaned through interviews with living eye-witnesses of the event under discussion.

Generally, an objective researcher is supposed to take interviews while documenting oral history and a team of peers reviews it to make sure the subjective views of the author are not influencing the outcome of the research.

Given the anti-Hindu proclivities of the authors of the Report, they are bound to turn ‘oral history’ into a tool of manufacturing evidence that suits their Hinduphobic ideology. In the absence of any monitoring third party, they are free to invent any ‘interview’ and any ‘interviewee’ they want.

No Regard for Statistical Analysis

With a haughty disdain for truth, the authors state that they have not given any regard to statistics while collecting their samples: “This oral history study was not conducted with a statistically represented sample size.” By their own admission, their study and research is not representative of real trends in India. Given their ideological inclinations, no matter which community suffers in riots in India, the Panel will always blame the Hindus.

As we will see later, in spite of these glaring deficiencies in the sources of their research, the authors will suggest ‘solutions’ affecting more than 80% of India’s population, ‘solutions’ regarding entire demographic communities.

Quite conveniently, the Report does not take any names of the ‘interviewees’, the ‘eye-witnesses’ and the ‘victims’ that it quotes, claiming confidentiality. Most of them are anonymous and pseudonymous. There is no way of verifying the truth of their statements.

In order to make the Report appear authentic and legitimate, at many places the names of the ‘victims’ and ‘witnesses’ are redacted. There is no way to verify whether there were any real names to redact at the first place or not.

Regarding Gujarat riots, the Kashmir problem or the Odisha violence, the Report proudly proclaims that the side of the ‘perpetrators’ is not presented. Needless to say, the ‘perpetrators’ are always Hindus. It is claimed that the ‘environment’ was not conducive.

The authors repeatedly make the comparison between Hindus and fascism. If for a moment we ignore the racist assumption in this comparison, the fact is that after the Second World War was over, the trials of the Nazis went on for years. The ‘environment’, so to say, was not conducive there either. But the trials went on despite that. Whoever was guilty was convicted. The indicted were given the chance to speak and their guilt or innocence was proved before the court and the people.

However, the ACRPR authors refuse to present the side of the Hindus. The entire community is silenced by blanking its voice out in the narrative whose defining characteristic is this: a false majoritarian violence thrust upon Hindus without even giving them a chance to present their own story.

This is not different from the Communist show trials in which the sentences were pre-determined. It was only for the sake of perpetuating the myth of the correctness of the Communist myth that the charade of the trials was carried out.

Our ultra-leftist authors including Angana Chatterji, Teesta Setalvad, Harsh Mander, John Dayal and Homi K Bhabha have also intellectually carried out a show trial of the Hindus, giving them no chance to prove their innocence, as their sentence was pre-determined.

The way the Panel has handled the Archival Research Material is even more scandalous. It has based its report on evidence which is inadmissible in any Court, or in any legal proceeding. In their own words:

“In undertaking archival research, materials in multiple languages were accessed. These included official policy and other documents; primary legal documents; dossiers, affidavits, oral statements, witness statements, and signed statements; print and electronic media, institutional literature and ephemera…”-Page 15 (Front this point on, the page number of the quotation from the report of ACRPR Project, titled  “Conflicted Democracies and Gendered Violence: The Right to heal” will be quoted in brackets).

Hidden in the list of legitimate-sounding sources, there is the phrase, ‘institutional literature and ephemera…’ Ephemera and institutional literature often constitutes material which cannot be traced or dated with any degree of certainty, like the pamphlets that are printed on low quality paper and distributed along with newspapers or from door to door. They have no publishing date, no standard number to track down the author, or the publisher. Anyone with a printing machine can print them anytime, ascribing any date.

This is why ‘ephemera’ is never taken as admissible evidence. But our authors are not only willing to use this ‘ephemera’ as credible evidence; they consider it strong and reliable enough to indict an entire demographic community, the Hindus. One can only imagine the honesty of such a team.

Once again the authors admit it themselves: “In such instance, while citing official figures, wherever available, the text supplements them with figures derived from alternate sources.” (p. 15)

This bogus manufactured evidence is used to ‘supplement’ the ‘official story’. In plain words, it means that the authors of the Report falsified the official evidence with the manufactured evidence, wherever they felt like it, based on sources like ‘ephemera’, ‘oral statements’, and ‘institutional literature’, which as discussed above are not valid and admissible sources.

Even the analysis of legal documents is a veritable mine of fraud. The authors are so disdainful of truth and so confident of their ability to pass off academic fraud as valid research that they have proudly proclaimed that most of their sources are bogus. Talking about legal analysis, the authors say:

“Legal analysis was conducted through case identification and selection and by review of archival legal documents, and relevant secondary and theoretical sources.” (p.15)

Theoretical sources in Legal Analysis in plain language means, ‘Legal documents were considered, but we made up the evidence whenever we felt like it, with our anti-Hindu ideology to guide us.”

‘Realigning the parameters of truth’

In the recommendation section of the Report, the authors quite openly and shamelessly call for subverting truth in order to fit it into their ideology:

“For justice and accountability, listening to victim-survivors and acting on their need for the justice process is critical to social healing. This requires realigning the established parameters for truth, justice, and reparation that are meant to support the needs of victim-survivors and transform the everyday and structural conditions of injustice.” (p. 228)

Again, “realignment of the established parameters for truth” means this: “we at ARCPR are openly calling for twisting, subverting and manipulating the facts. We also claim that there is no such thing as objective truth. We are calling for completely destroying objectivity, even in law.”

They have this trait in common with some of the greatest ideological dictators in the history of mankind, including Hitler, Stalin and Mao. These supreme dictators did not report to any higher authority or law. Whatever they believed was law. Whatever they thought was the truth. And they all called for subverting truth, to mold and change it in order to fit it into their ideological narrative.

No wonder, most of the authors of the Report belong to either the loony Left, or to the Christian Right, or the Islamists. Their ideologies have many things in common. But there is one article of faith on which every ideology absolutely agrees: Hinduphobia.

They all hate Hindu culture, Hindu civilization and Hindu society and view Hindus in racist terms, as barbaric savages who only know how to rape, maim and kill.

Some of the authors are ‘born Hindus’, however most of them are married to either fundamentalist Muslims or extremist Christians and even those who continue to be ‘born Hindu’ have not tried to hide their hatred of everything Hindu.

This is the research methodology of the Panel which arbitrates on Hindu society, Hindus and India’s internal affairs on international forums.

Most of the ‘examples’ and ‘evidence’ produced in the Report were ‘gathered’ in the manner explained so far with no monitoring body.

Can we still believe this Report to be neutral?