Rape narrative undermines India as a source of wisdom and healing 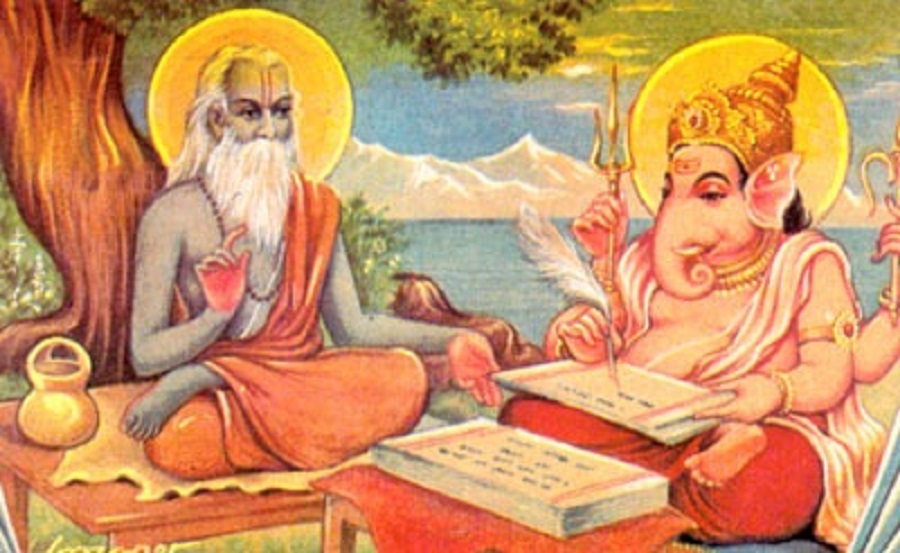 Recently  the Indian Government’s Minister M Venkaiah Naidu labeled the BBC’s documentary as part of a conspiracy against India. Some responded by saying if there is any conspiracy it is against women. There is indeed a conspiracy against women and this global effort to portray men as ‘rapist by nature’ is a huge part of it, as is the media’s portrayal of women of loose morals as being the norm. As Arjuna points out in the Bhagavad Gita, when women are degraded all society is corrupted.

The intentional portrayal of the anti-women mindset and the various inhumane portrayals of India’s varnaashram system as the corrupt caste system is indeed a conspiracy to undermine the obvious authenticity of true Vedic culture and its value systems. There is absolutely a conspiracy against Vedic culture. This is not even in question. And since India is the epicenter of Vedic culture she is being targeted. It is our culture and traditions that are being savaged and not India or even Indians per se. Actually, this topic is truly global. As a non-Indian Hindu, the very fact I even care about the topic enough to write about it proves we cannot just make this about India or Indians.

What people are missing is that while the problems of hedonism, racism, sexism are very real, tying them to the authentic traditions and values of Vedic culture is similar to highlighting people suffering from disease and portraying that as the normal condition of a human being. Highlighting the lustful failings of men (no matter how many) as some kind of authentic reflection of Hindu values is not just false, it’s destructive. The goal is to undermine humanity’s natural appreciation and confidence in India as source of wisdom and healing.

And while many deflect the facts that rape has reached crisis levels in many western countries in comparison to India, the reality is these facts prove that the India-rape narrative is indeed a conspiracy and that is why people like this professor cite these statistics. Not to devalue the trauma experienced by Indian rape victims but to allow us to have some context and not fall for the trap designed for us as a community. Clearly, if stopping rape were the goal, we would be addressing it globally.

Seriously if a German Professor can be so blatantly prejudiced based on this rape narrative, we got a problem beyond India. That is unacceptable and beyond unjust. So if the internationalization of the rape issue has such an effect, why ignore the international rape statistics that prove the conspiracy and the falsity of the current India-rape narrative generated in the minds of people around the world?

Thus we see within weeks of the 2012 Delhi bus rape incident (As Putin was signing multiple agreements with India), Ford Motor car decides to run an ad with three men and a woman captured and tied like an animal in the back of the car. even their lame apology added to the narrative… this was no accident but it was intentional. The same thing is being accomplished by giving the pathological views of a rapist a global voice in the documentary #Indiasdaughter. I also know that it is true that many Indian men actually think that every woman is begging for sex. Yet why do they think this?

As the Vedas reveal, human beings, more than any other life form in creation, are such that they can easily be influenced by their surroundings and association. Vedic society cultivated the best in people and also had outlets for the various lower conscious based cravings like meat, liquor and prostitution. In Vedic society, people are naturally satisfied and do not seek out things that are primarily used by those trying to forget their woes. Thus, such people using drinks and buying hookers were in the minority.

The entire Vedic society was such that the higher aspirations and abilities of every person were stimulated and each individual was empowered to reach their full potential according to their natural abilities. This is the essence of Varnasharma Dharma. Every citizen’s guna and karma decided their role in society and it had nothing to do with janma or jati. As soon as one’s birth or clan became the deciding factor, the system became corrupt all the way leading up to today’s caste conundrum. In the past, each citizen’s natural potential and higher natures were cultivated and the natural animalistic tendencies in people were thus washed away.

Today’s media and governments do the opposite. They encourage the worst in people. They have created an environment in which many have become hungry ghosts, never satisfied and always starving for the basics in life such as companionship, food, shelter medicine, education etc. Recognition of each individual’s natural potential is the furthest thing on the agenda.

So any attempts to portray the sickness of some individuals as a by-product of Sanatana Dharma are indeed false in every way. It is an absolute lie loaded with destructive potential aimed at the epicenter of true Indian culture and our esteemed and historic system of worship and honoring the feminine.

So yes, we must confront the illness but not be confused as to the exact nature of that illness. Highlighting the incidents of rape around the world is clearly a necessary part of this process. Not to deny India’s problems but in order to genuinely confront this global problem.

Now rape is being used as a weapon against not just India but against that which makes India great. Anyone who attempts to denigrate India’s authentic Vedic culture as anti-women is blatantly dishonest or ignorant and I for one will respond and expose this assault against Truth to the best of my abilities.

Our two greatest epics Ramayana and Mahabharata are centered upon the response of the entire world and the Gods to offenses against women. The kidnapping of Sita and attempted disrobing of Draupadi were the final demonic acts that led to both of these wars in which countless men died. These epics are at the epicenter of Sanatana Dharma. And this does not even get into the Goddess Bhakti at the center of most Hindu denominations.

It is sad and true that many people, men and women do many things of an adharmic nature. That’s their choice. But it has absolutely nothing to do with Vedic culture and the natural piety of a majority of people.

Of course, anyone is free to focus on the criminal and inhumane acts or even attitudes of the minority. But I totally reject the concept that it is the norm and will not ignore the very evidence proving the conspiracy at work. The fact that there are many more rapes around the world and yet they are basically ignored whereas Indian incidents are being trumpeted gleefully around the world is the very proof that an agenda is being pursued.

I did not plan to write such a long reply. So I will close this with a personal experience I had in India during one of my research expeditions in India. I share this not to offend anyone but to highlight that it’s easy to denigrate and undermine anyone if we choose to.

I was in a remote part of India in my room late at night. Two young Indian women (one was married) suddenly show up. They knew I had been drinking beer earlier and had decided to call it a night. Though surprised I let them in. We started talking. They seemed a little tense. Finally one of them says, “I hear American men like to rape women.” I was taken aback. I replied, “Well maybe some of them but no normal healthy man, American or otherwise, would ever do such a thing. Only losers that are sick at heart need to force themselves on others.”

They agreed and then walked out. So I could read a lot into that incident but for me I responded with the truth. I can be all judgmental and talk about the probable intentions of these women and say all Indian women want to sneak into drunk American mens’ room late at night or just see it as a chance to stand up for the truth.

Basically people are people the world over. At the basic level, Indians are no worse or better than anyone else. Most of us have desired people, things, situations and activities we would be best to avoid. Yet if we cultivate our higher natures we will succeed in life. As long as we are pained by the suffering of others and pleased by the well-being of others we will never even consider actions of a violent and hateful nature. By developing our higher natures and a higher tastes we will keep our lower natures in check and we will continue to progress on the path to perfection.

Examining the West’s culture of rape

I too am India’s Daughter