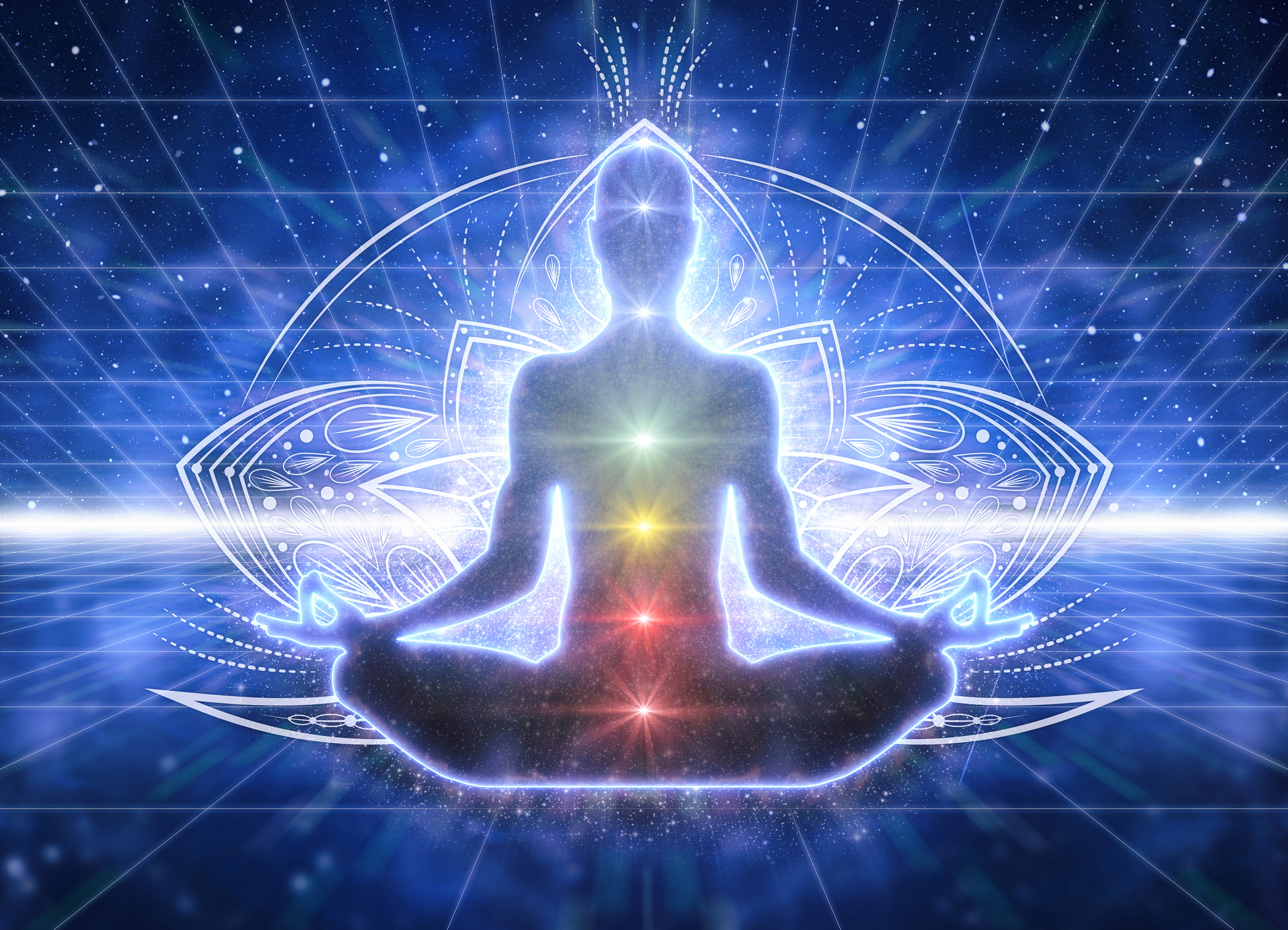 In an interview with The Wall Street Journal recently Google CEO Sundar Pichai said that he uses non-sleep deep rest, or NSDR, to relax.

“I found these podcasts which are non-sleep deep rest, or NSDRs,” Pichai told the Journal. “So, while I find it difficult to meditate, I can go to YouTube, find an NSDR video. They’re available in 10, 20, or 30 minutes, so I do that occasionally.”

The term, NSDR, was coined by Stanford neuroscience professor Andrew Huberman, who says it involves “self-inducing a state of calm,” and “directing our focus to something.”

Ah! Now, here’s the irony. An India born CEO of a global company practices something which is so intrinsic to the Indian knowledge system (so much so that a multitude of rishis, gurus, kings, saints, leaders over the centuries have vouched for its benefits including Bharat’s present Prime Minister who is known to work 20 hours a day while drawing his energy from the quick power capsule that yoga nidra provides) but is sold to him and the world as some exotic routine by a westerner, rebranded, repackaged, and wrapped in the verbiage of modern science!

The only problem is that the gift does not carry what should have been a mandatory tag — ‘Made in India’!

Hence, be it yoga, breathing techniques (the right usage would be the word pranayama), or mindfulness, which have their roots in Indian traditions – Hinduism, Buddhism, Jainism, and others, there is neither worldwide acknowledgment nor respect accorded to Bharat as the place of origin of all these jewels of ancient wisdom.

Yoga is largely practiced and passed on outside of Bharat as a series of asanas (physical postures) that have shown to have myriad health benefits. The US National Library of Medicine lists 1544 studies on the topic of yoga wherein researchers have examined its beneficial impact on patients suffering from schizophrenia, rheumatoid arthritis, stroke, anxiety, migraine, and asthma, to name just a few. Plenty of scientific journals are devoted to such studies. As late as last year the world turned to yoga, ayurveda, and pranayama for boosting immunity against the deadly coronavirus.

Anyone who has practiced yoga would know that asanas in seclusion is and can never be the end. On the contrary, it is one of the means to reach higher realms of spiritual understanding and consciousness. A fit body can aid in this process, but perfecting asanas is not the only goal or purpose of yoga. At the same time, asanas practiced with the guidance of an experienced, trained teacher or guru is integral to yoga.
The problem arises when a revered, ancient practice is distorted and diluted by its practitioners, and marketed and sold via marketing gimmick to make it a multi-billion-dollar commercialized industry. Most of what is touted as yoga around the world is not the yoga as described in Patanjali’s Yoga Sutra or any of the Vedic texts. So, we now have versions as outrageous as ‘Hot Yoga’, ‘Naked Yoga’, ‘Aerial Yoga,’ and even ‘Beer Yoga’!

Bearing no resemblance to its original avatar, these stretching exercises have been rendered mere exercises with little or no connection to yoga’s intent of bringing in the practitioner a unity of mind and body. Bypassing the spiritual elements of traditional yoga, contemporary Western yoga is a classic example of cultural appropriation paired with unbridled commercialization.

Apart from ruing this degradation of a deep, ancient, spiritual practice what should concern us more is the delinking of yoga from its religious roots – which is Hinduism or more precisely Sanatana Dharma (1), (2). When we eliminate chanting ‘Om Mitraya Namaha…’ in the practice and performance of a Surya Namaskar or meditating on ‘Om’ or any mantra we are not just diluting the very essence of the practice but also disrespecting a civilization that has survived and thrived since more than five thousand years and denying or robbing it of its rich contributions to the world.

Ours is a living, thriving culture and therefore the appropriation of our knowledge without due credit should be of serious concern. What is more problematic, however, are the misrepresentations and cheap commercialization.

In this context, we should thank some of Bharat’s new gurus like Baba Ramdev who have done a huge service to our culture by taking yoga, pranayama, and ayurveda to the masses – both in Bharat and to people around the world. A student keen on learning “authentic” yoga would imbibe way more from the yoga camps conducted by Baba Ramdev as well as by watching the recordings of his programs as opposed to the “200-hour” training sessions in some around-the-corner gym or “holistic” fitness center.

In 2008, the Hindu American Foundation launched the Take Back Yoga campaign after an online exchange with the popular magazine, Yoga Journal. In a letter to Yoga Journal, HAF noted its disappointment at finding countless descriptions of the Upanishads or Gita as “ancient Indian” or “yogic,” but rarely “Hindu”.
Shortly after being told by Yoga Journal that they avoid the word “Hinduism” because it “carries too much baggage,” HAF released the first edition of its paper, Yoga Beyond Asana: Hindu Thought in Practice.

A dedicated effort to claim that which is ours has also been made by Prime Minister Narendra Modi who was instrumental in having the United Nations pass a resolution recognizing June 21 as ‘International Yoga Day.’

Yoga is an ancient physical, mental and spiritual practice that originated in India. The word ‘yoga’ derives from Sanskrit and means to join or to unite, symbolizing the union of body and consciousness.
Today it is practiced in various forms around the world and continues to grow in popularity.

Recognizing its universal appeal, on 11 December 2014, the United Nations proclaimed 21 June as the International Day of Yoga by resolution 69/131.

The International Day of Yoga aims to raise awareness worldwide of the many benefits of practicing yoga.
The draft resolution establishing the International Day of Yoga was proposed by India and endorsed by a record 175 member states. The proposal was first introduced by Prime Minister Narendra Modi in his address during the opening of the 69th session of the General Assembly, in which he said: “Yoga is an invaluable gift from our ancient tradition. Yoga embodies unity of mind and body, thought and action … a holistic approach [that] is valuable to our health and our well-being. Yoga is not just about exercise; it is a way to discover the sense of oneness with yourself, the world and the nature.”

The resolution notes “the importance of individuals and populations making healthier choices and following lifestyle patterns that foster good health.” In this regard, the World Health Organization has also urged its member states to help their citizens reduce physical inactivity, which is among the top ten leading causes of death worldwide, and a key risk factor for non-communicable diseases, such as cardiovascular diseases, cancer and diabetes.

But yoga is more than a physical activity. In the words of one of its most famous practitioners, the late B. K. S. Iyengar, “Yoga cultivates the ways of maintaining a balanced attitude in day-to-day life and endows skill in the performance of one’s actions.”

How traditional yoga has made its presence in the modern world, how it was popularized in the West, how was it contemporized, how it became a rage among fitness enthusiasts, how it easily became a dollar-minting marketing phenomenon are things of the past. We don’t need any studies to “prove” if there is a case of cultural appropriation. The damage has been done. Had it not been for the Bharatiya Janata Party-led government at the helm we would not have even dreamt of making an effort to reclaim that which is ours. The creation of the special AYUSH (Ayurvedic, Yoga and Naturopathy, Unani, Siddha and Homeopathy) Ministry has paved the way for legitimizing our ancient and traditional knowledge systems which were either ridiculed, belittled, or denigrated or stolen and coopted. Yet, a lot remains to be done.

The way the international patent regime works, it may not be long before we will have to fight legally for that which is ours. If we are asked to shell out a few euros for a haldi dudh presented as turmeric latte, imagine what we may have to pay for the wholesale theft of our holistic system for the stilling and wellbeing of the mind, and the health and care of our body and soul!

Apart from creating awareness and easy accessibility to yogic knowledge the government needs to start awareness campaigns and ready an expert team to challenge the corporations/organizations/institutes outside India which have already staked their claims, commoditized our knowledge, and dared to delink it from Hinduism to appeal to its global consumers.

At the individual level, it becomes the moral duty of every Sanatani to be a yoga practitioner, become ambassadors of our culture and heritage in whichever country they call home, defend attacks on its core values on every forum, and not be afraid of wearing their dharma on their sleeves.

A New Assault on Ayurveda