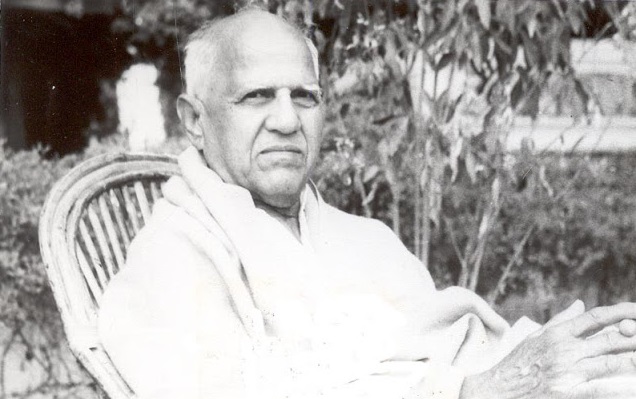 Many Indians are familiar with the role played by Gandhi in India’s freedom struggle. But few of us know about the life and work of pioneering figures who drew their inspiration from Gandhi. One such man was Dharampal (19th February 1922 – 24th October 2006). Shri Dharampal was a Gandhian thinker who undertook extensive archival research in Britain and published works that have radically changed our understanding of the cultural, scientific and technological achievements of pre-colonial India. Over the course of his lifetime, Dharampal published several works related to the state of Indian society on the eve of colonial rule.[i] This article focuses on just one of his works namely The Beautiful Tree.

The Beautiful Tree mainly consists of extracts from the educational surveys conducted in Madras (1822–26), Bombay (1824–25), Bengal (1835–38), and Punjab (1882). By the third decade of the nineteenth century, a considerable number of official and unofficial surveys on indigenous education had been carried out in all the three presidencies of British India. On 25 June 1822, the Governor-General of Madras, Sir Thomas Munro (r. 1814–1827) ordered the district collectors of his province to collect information on the state of village schools. About the same time as enquiries on indigenous education were made in Southern India, the Governor-General of Bombay, Mountstuart Elphinstone (r. 1819–1827) gave orders to the Commissioner in Deccan and to the district collectors of Gujrat and Konkan to report on the state of education in their respective districts. A similar story unfolded in Bengal, where William Adam was appointed by the Bentinck government in 1835 to undertake an enquiry into the nature of indigenous institutions. Adam conducted three surveys and published his final report in 1838. It was the Madras and Bengal surveys that were analysed in detail by Dharampal.

In the Madras Presidency, the report compiled by Mr. A. D. Campbell, the Collector of Bellary, gives detailed information on both quantitative as well as qualitative aspects of indigenous schools. In The Beautiful Tree, Dharampal refers to Campbell as “an experienced and perceptive officer, previously having held the post of Secretary of the Board of Revenue”.[iii] Campbell’s report reveals that there were 533 schools in the Zillah of Bellary, in which 6338 boys received instruction, out of a total male population of 438,673.[iv] In addition, the distribution of scholars according to their castes is reported to be as follows: 1187 Brahmin, 982 Vyse (or Vaishya), 3024 Sooder (or Shudra), and 1205 of other castes. These figures show that the number of pupils belonging to the lower social classes, i.e. the Shudra and “other castes”, was more than twice the number of Brahmin (high caste) pupils, thereby challenging the Christian missionaries’ claims that native schools were out of reach for the socially and economically backward sections of society.

Campbell also recounted in vivid detail the course of moral and religious instruction followed in these indigenous schools. He compiled a long list of textbooks that were used in these schools. The three books which Campbell found to be “most commonly read” in all the schools, and which were “used indiscriminately by the several castes”, were the Ramayanum (Ramayana), Mahabharata, and Bhagvata (Bhagvata Purana). The children of the “manufacturing class” of people supplemented these texts with those that were directly concerned with their own religious tenets. Prominent examples of such texts listed by Campbell include the Nagalingayna Kutha, Vishwakurma Poorana, and Kumalesherra Kalikamahata. All of these texts, Campbell observed, were considered sacred by the respective classes and are studied with a view to “subserving their several religious creeds”. In addition to these, Campbell noted that light stories that were “read for amusement” generally included the Punchatantra, Bhatalapunchavansatee, Punklee Soopooktahuller, and Mahantarungenee. As far as lessons on vernacular languages and grammars are concerned, these were imparted through texts such as the Nighantoo, Umara, Subdamumbured, Shubdeemunee Durpana, Vyacarana Andradeepeca, Andhranamasungraha, and so on.[v]

The above list illustrates the variety of curricular textbooks taught in native schools. It further shows that children were given instruction in language through texts such as the Umara (Amara Kosa) while grammar was taught with the help of texts such as the Shubdeemunee Durpana. At the same time, children were instructed in religion and morality by reading excerpts from traditional epics particularly India’s two greatest epics namely the Ramayana and Mahabharata. To supplement this course, lighter texts such as the Panchantantra were read with a view to impressing upon the young mind moral maxims in the form of interesting and symbolic short stories.

A similar story was reported from the Bengal presidency where William Adam estimated that there were about 100,000 schools in Bengal and Bihar.[vi] Moreover, like Mr. Campbell of Bellary, Adam found that a significant percentage of students belonged to low castes such as Malo, Chandal, Kahar, Luniar, Dhoba, and Kalu.[vii] These castes were also found to be well represented amongst teachers in elementary schools, the majority of whom were non-Brahmins. Besides compiling statistics on teachers and pupils, Adam researched extensively on the qualitative aspects of indigenous schools. He found that in a Bengali pathshala, a scholar typically went through four stages of instruction as described below:

the first period seldom exceeds ten days which are employed in teaching the young scholars to form the letters of the alphabet on the ground with a small stick or slip of bambu. The sand-board is not used in this district, probably to save expense. The second period extending from two and a half to four years according to the capacity of the scholar, is distinguished by the use of the palm leaf as the material on which writing is performed […] the scholar is then taught to write and read, and by frequent repetition he commits to memory, the Cowrie Table, the Numeration Table as far as 100, the Katha Table (a land measure table) and the Ser Table (a dry-measure table). The third stage of instruction extends from two to three years which are employed in writing on the plantain-leaf […] the fourth and final stage of instruction generally includes a period of two years, often less and seldom more. The accounts briefly and superficially taught in the preceding stages are now taught more thoroughly and at a greater length, and this is accompanied by the composition of business-letters, petitioners, grants, leases.[viii]

Among the textbooks taught in Bengali schools, the Subhankar was used to teach basic arithmetic. Elementary grammar was taught through books such as Sabda Subanta and Ashta Sabdi. In addition, the Sanskrit verses of Chanakya, “containing the praises of learning and the precepts of morality”, were read and memorised. Other general instruction included compositions in praise of various gods and goddesses such as Data Karna, Ram Janma, Ganga Bandana, and so on, as well as extracts from religious epics such as the Sundar Kand of the Ramayana, or the Adi Parva of the Mahabharata.[ix]

Dharampal’s work provided a much needed breakthrough in the discourse on Indian education by highlighting colonial surveys conducted during the early nineteenth century. In the sphere of education, these surveys testified to the presence of a comprehensive network of patshalas and gurukuls that flourished in India prior to the advent of British. Yet, the colonial establishment was firmly convinced that Indians needed a replica of the English educational model. Ironically, as Dharampal reminds us, contemporary schools in England imparted no more than a basic knowledge of the three Rs, with a particular emphasis on reading the Scriptures that were believed to “contain the most useful of all knowledge”.[x]

It is particularly important to note that indigenous educational institutions described in the colonial reports were still functioning in the second decade of nineteenth century, but were at a low ebb subsequent to the devastation that had taken place in the Bengal and the Madras Presidency as a result of British intervention since the middle of eighteenth century. Hence, the educational establishments prior to the advent of the British must have been in a much better state, providing worthwhile instruction especially to the lower sections of society. Furthermore, during the course of the nineteenth century, exorbitant colonial taxation ensured that local resources which had been used to fund the educational institutions were no longer available, hence these village schools became dysfunctional.

On Shri Dharampal’s 97th birth anniversary, it would be an appropriate homage to recall his contribution towards recovering the truth about India’s recent past, so that we may feel inspired to build a more sustainable future.

[i] For an overview of his major works, see Gita Dharampal. Ed., Essential Writings of Dharampal (New Delhi: Publications Division, 2015).

[ix] For a list of textbooks used in the Bengali schools of Nattore, see “Table II,” in Adam, Second Report, 134–51. For similar information in the districts of Moorshedabad, Beerbhoom, and Budwan of Bengal, see Adam, Third Report, 30–7.

[x] John Lawson and Harold Silver, A Social History of Education in England (London: Methuen, 1973), 271 Specific subjects (in addition to reading, writing, and arithmetic) such as History and Geography were introduced in England only after the recommendations of the Newcastle Commission (1858) were approved. Even thereafter, school inspectors in England were reluctant to examine scholars beyond the three Rs. See ibid., 267–313

Ankur Kakkar has accomplished his doctorate in History from South Asia Institute, University of Heidelberg, Germany. His PhD dissertation on Educational reform movements in colonial Punjab was supervised by Gita Dharampal, daughter of Shri Dharampal. Ankur is deeply interested in the study of Indian culture and civilization. Presently, he is affiliated with the Centre for Indic Studies at Indus University, Ahmedabad.