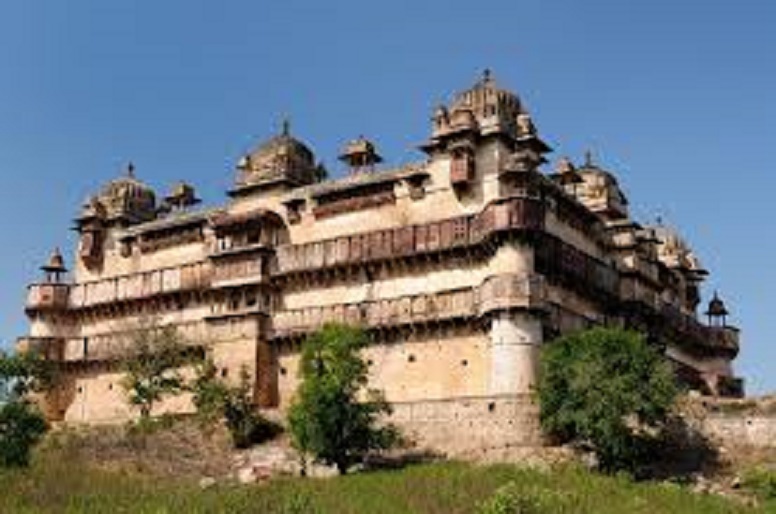 The typical narrative of political history or Hindu-Muslim encounters would say India saw “thousand years of slavery”, that Hindu kings lost to invaders because of “lack of unity and infighting” and so on. Hindu valour is typically downplayed along with disproportionate criticism of the decisions of our ancestors without due analysis of their predicament and their unparalleled valour, sacrifice, presence of mind, genius and commitment to their peoples and values of life. The late Sita Ram Goel addressed many of these questions in his book Heroic Hindu Resistance to Muslim Invasions. These three short videos capture a quick timeline of Hindu heroism:

Hindu and Islamic Empires by 700 AD

After three centuries of continued struggle and series of losses and victories, Muslims finally captured the Afghan region. The enormity of Hindu struggle and the sheer number of invasions they faced can be seen from the chart below (source):

Number of Muslim invasions of Bharata in each period

As a result Bharata, in spite of bearing the brunt of the most persistent, bloody and barbaric invasion for eight centuries, in spite of losing innumerable great warriors, retained significant part of the land in Hindu control.

By 1500 AD, there were large Islamic sultanates in the Indian subcontinent. Yet large Hindu kingdoms prevailed, while most part of the Middle East and West of Asia were Islamized as can be seen in this map.

Hindu and Islamic empires by 1500 AD

At this critical juncture erupted a technological problem even as most of these sultanates were being marginalized by the rising Hindu Kshatriyas in the form of the Moguls, starting with Babur, who had superior technology including gunpowder and siege weapons. In this brutal wave of invasion, Bharata was defended by the Sikhs, bhosle-s, peshwA-s, Ahoms, bundela-s and so on. There were untold sacrifices made by Sadhu warriors such as nAgA sAdhu-s, banda bairAgi, the Sikh saints etc along with local militia built with due guidance from scholars and warriors.

As a result, by 1750, the Marathas and their allies wrested much of the subcontinent back from Moguls and other sultanates. The relative positioning of various empires in Bharata by 1750 can be seen this map (source):

As can be seen, the Islamic empires elsewhere continued to expand, continuing to heap defeats on the Christian armies and knighthoods in West Asia and Eastern Europe.

Since Independence, Indian History textbooks at all levels carry a narrative that has a disproportionate mention of

Equally, there is very little mention about

This presents a skewed understanding of the past, painting the Muslim invaders as victors and Hindus as losers. However, by sense of proportion or sheer numbers and data of wins-losses or comparative performance and achievements of Hindus against other enemies of Islam in the contemporary times, such understanding is the exact opposite of reality: Hindu achievements and successes against Islam are unparalleled in world history. It involved losses and victories, destruction and humiliation as well as rise of great powers and the establishment of great civilizational ideals. Above all, most of the Muslim victories were reversed with a great sense of urgency to restore civilized social order and dhArmic values and ways of life.

The other most important aspect that not only colonial/Nehruvian historians missed but many “right-wing” Hindus miss, is the way Hindu kshAtra dealt with Islam and what lessons it holds for us today. The general impression conveyed while praising Hindu warriors is that our warriors and rulers made strategic mistakes on field as well as in understanding Islam and hence failed to deal with it.

However, the reality is far from that: if one were to describe Islam in one word, it would be fear. And if there was one thing that did not touch Hindu warriors for thousand years and one thing that pervades Hindu psyche today while dealing with Islam is fear. The Gandhian policy of Muslim appeasement is rooted in dhimmitude, and the Congress has just continued it for decades after independence.

However, that was not quite the case with pre-British Hindu warriors. Generation after generation of Hindus saw bloodshed, destruction, humiliation, torture, rape, arson at a scale no other civilization saw. But the Hindu warriors always saw their enemy eye to eye, and never gave in to fear. To read our post-colonial dhimmitude into Hindu warriors’ failure to understand Islam would be a grave mistake for Hindus today: our ancestors had the remedy to the otherwise invincible weapon of Islam while we do not. From Hindu kshAtra alone comes fearlessness which is the only antidote to fear.

The solution to Islamic hegemony, namely a Hindu rAjya was what Hindu warriors established after centuries of fight back (before British colonization). Such fight back in turn was possible because they never gave in to fear.

Superficially, it might look as if Hindu warriors did not take “Islam” as the enemy in contrast to “Muslim” or that they did not “study Islam”. Today’s “intellectual” analyses not only undermine but simply fail to understand Hindu genius that was committed to the ideal of creating a Hindu state. We do not even realize our grand failure that we are in a position where we cannot even dream of a Hindu state and are defeated by our own false idealism of privileging our civilizational aggressors through our own constitution.

Yet we try to do a critical analysis of the pre-colonial successes of our ancestors and not of our post-independence failures. Today’s analyses that pretend to have a more accurate understanding of Islam have a deeper problem than profound and Hindu-thinking analyses of our ancestors: they can use words like dhimmitude but they don’t have a solution to it rooted in human nature.

On the other hand, our ancestors had demonstrated it to us. And so, trying to be judgmental of, instead of being studious of Hindu warriors, such as finding superficial “strategic mistakes”, has not done much good to Hindus in the recent decades.

This does not mean that there were no mistakes done in the past by our warriors: after all they were human and they did commit mistakes that we are aware of in hindsight. But given all the mistakes, they got their basics right at a deeper level than we currently have, and it is they who stand examples for the world and not the other way round. Given all their mistakes, they achieved what could not be achieved by any other civilization, and stand out as kind of superhuman examples. This sense of proportion is lost in the post-independence Hindu critique, and this is not merely being unfair to our warriors–this blinds us to the most important lessons we have from them: a remedy for the Islamic fear mongering mind set, a commitment to Hindu state-society, a proper emphasis on kshAtra, an understanding of the need to protect soft aspects of civilization (women, learned people, the arts, and so on).