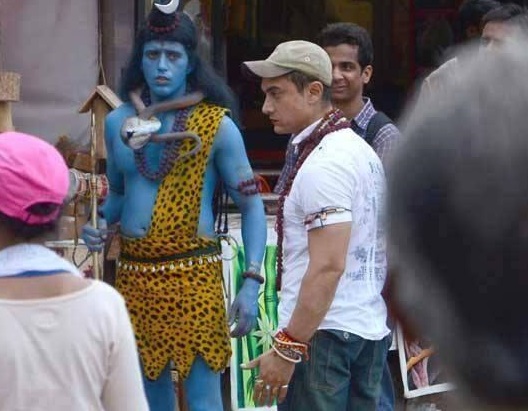 The recent comments by Prashant Bhushan about Lord Krishna have enraged, I would say rightly, many devout Hindus. Surprisingly, when it comes to Lord Krishna, I saw that even those who often sit at the fence on such issues couldn’t hold themselves back and in their own reluctant ways, had a word or two to say against Bhushan.

In an effort to criticize the ongoing anti-eve-teasing drive in the Uttar Pradesh, Bhushan tweeted that “Romeo loved just one lady, while Krishna was a legendary Eve teaser. Would Adityanath have the guts to call his vigilantes Anti-Krishna?”

Forming anti-Romeo squads in the Uttar Pradesh was a pre-poll promise made to the electorate by the BJP. As our intelligentsia is used to most of the pre-poll promises being put in cold-storage after winning the elections simply because there was never any intention to carry them out in the first place (because they need to be recycled every five years), when Yogi Adityanath started fulfilling his promises within 50 hours of him being appointed as the CM, every secular-liberal and his or her dog got rattled and started ululating.

But that is a different issue. Here we are talking about why ridiculing Hindu gods and deities is much easier than ridiculing gods and prophets from other religions, say, Islam and Christianity (lots of fun is made of Jesus Christ in the Western media without incurring death threats, but in India the case is different).

I would like to add that its also easier to say all sorts of stupid stuff for Sikh gurus, as it has been made apparent in a recent book on Aurangzeb in which the writer has written that the psychopathic tyrant Aurangzeb executed the ninth Sikh Guru, Guru Teghbahadur, for “causing unrest in Punjab” and not for refusing to convert to Islam, which was the real reason, but then again, I would like to focus on a single topic.

Take for example the above statement by this Bhushan chap. He has called Lord Krishna an eve teaser.

In response to Azam Khan calling RSS leaders homosexual (in theory there should be nothing wrong in being called a homosexual, but then it depends on the intention and the connotation, not the actual meaning), the Hindu Mahasabha activist Kamlesh Tiwari had called Prophet Muhammad the first homosexual in the world (although I’m not sure why exactly he said that).

Whereas one lakh Muslims demanded death penalty for Kamlesh Tiwari, not a single Hindu has demanded death penalty for Bhushan (I’m not saying they should). Against Kamlesh Tiwari mass protests were organized all over India and public speeches were made calling for his execution. There has been no mass protest against Bhushan. No call for execution has been made (Again I’m not saying it should be made). Kamlesh Tiwari was jailed. Although FIRs have been lodged against Bhushan there is a remote possibility that he will have to spend a few days behind bars.

These are just recent examples and even if actions are being taken against people like Bhushan, they are mostly reactionary actions rather than born out of a deep sense of rage. Because, to be frank, this “deep sense of rage” doesn’t exist among Hindus although, unfortunately, you can find it aplenty among Muslims and when it comes to India, even among Christians.

In the media, mostly the so-called liberal media, there has been a long tradition of ridiculing Hindu gods and deities. In the movies, they show gods and goddesses goofing around, getting into trouble and going through all sorts of ordeals like other human beings, which in itself, isn’t objectionable.

Great liberties were taken with Hindu gods (especially Lord Shiva) in PK and although the makers of the movie claimed that the statements were made on all religions, a special treatment of showing Lord Shiva in various ludicrous positions was reserved for a Hindu god, because ultimately, that was the point that needed to be made. There was a big liberal outrage when people objected to the portrayal and great many commiserations were expressed regarding the rising level of intolerance in the country.

In the place of a Hindu god, just imagine one of the prophets running around hiding under the chairs or getting stuck in the toilet. There is 100% guarantee that every single cinema hall showing such a movie would be blown to smithereens.

Actually, there is nothing wrong in showing gods doing funny stuff. This is precisely the reason Hindu gods and goddesses seem friendly and approachable. Hindu gods are not like those big angry daddies sitting up there in the sky judging your every move and waiting to send fires of hell your way the moment you do something naughty.

I remember, there used to be a lot of funny incidents when we used to watch Ramlila as kids. No matter how revered these gods are, Hindus are quite tolerant about their various depictions and get upset only when someone crosses the line and even this line has to be crossed with a margin of 1-2 km before it begins to ruffle people.

When it comes to showing Hindu gods, Gurus and saints in a funny manner or in bad light in the media, it’s a free for all situation. One can make fun of the shlokas (“swaha!” is the favourite). One can show sadhus, sannyasis and pundits luring women and colluding with corrupt politicians. One can show people being hoodwinked in the name of performing Hindu rituals (which, in isolation, isn’t wrong completely). But let them show a mullah or a Christian priest in bad light and all hell breaks loose. In the recent times, a Hindi movie called “Kamaal Dhamaal Malamaal” was severely censored for showing a Catholic priest in an objectionable manner. Scores of cuts had to be made in the Kamal Haasan-starrer Vishwaroopam because some Muslims were shown as, guess what, terrorists.

Whereas you can find hundreds of mainstream and regional movies showing sadhus and saints as mean and conniving, in how many movies have you seen a mullah or a padri being nasty, raping a woman or counselling criminals and corrupt politicians? Not a single movie, I guess. Whenever you see mullahs and padris they are shown as noble souls ready to die for a good cause. Muslim guys even from the underworld are actually good, principled chaps.

When M.F. Hussein drew a naked Sita sitting astride Hanuman’s tail, it was artistic freedom in the skewed liberal world, and the fact that Hussein had to flee the country is still mourned among liberal circles. But, when a Charlie Hebdo happens, although it is deplorable, the cartoonists crossed the line and to be frank, asked for it, this is the attitude. Similarly, when a Fatwa was issued against Salman Rushdie, he too crossed the line and hence, asked for it. Everybody who says something even remotely offending against Islam and consequently, faces death threats, has asked for it. It’s understood. It comes naturally. It’s like, if you do this, then that happens. Nobody should be surprised. Nobody should be disturbed.

By the way, Hussein fled the country not because of mortal threat; so many FIRs (which is a constitutional right of every Indian citizen) were lodged against him that he would have gone mad visiting various courts of the country.

It’s the lack of some threatening reaction that makes ridiculing Hindu gods so easy and harmless. There is no repercussion to go through. Whatever happens these days happens because of social media. When the social media was not there, one could get away with anything, even with the proverbial murder.