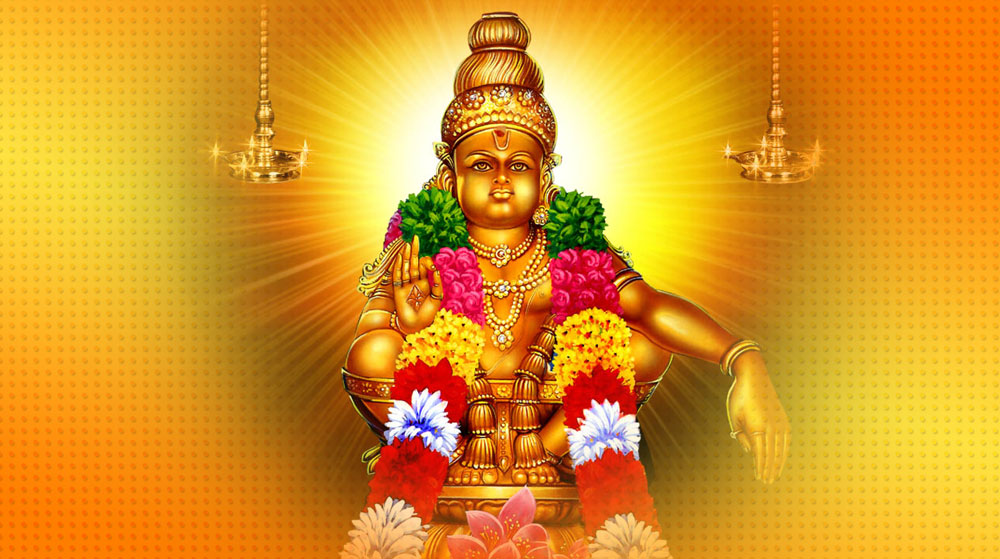 The discourse around the recent Sabarimala verdict clearly shows what is wrong with a hegemonic modernity and rationality that refuses to see its own limits and forces all plurality into conformity. It feels like the civilizing mission all over again, with the “enlightened”, “rational”, “progressive” elites sitting in judgment over “medieval”, “backward”, “regressive” men and women.

Oh those barbarous men and women! Surely they need to come out of their heathen stupor and embrace the light of Reason and the holy book of the constitution. Or else. They have to be forcefully saved, for their own good of course. What other ways of understanding life and organizing practices can dare exist in the light of modern, enlightened rationality? Surely, there is no cruelty in ripping apart what people hold dearer than their own lives. We are witnessing a new iconoclasm at play.

For those who believe the verdict is about patriarchy, rights of women or a similar argument, there are enough voices and pieces who have taken the trouble to explain what the actual issues surrounding Sabarimala are. Advocate Sai Deepak’s brilliant arguments, which he employed in court as well, are particularly worth exploring.

On the question of patriarchy and women’s rights vis-a-vis Sabarimala, I wish to put across two things. Every other temple of Ayyappa, except Sabarimala, is open to all genders. Further, in a country where there has been no history, let alone current practice, of excluding women from the lakhs of temples across the entire country, making the argument that this is driven by patriarchy or menstrual taboo does not wash. Especially when there are temples and festivals that exclude men and temples like Kamakhya where the Devi is considered to be menstruating. Equality is not sameness and diversity does not necessarily mean discrimination.

What is more worrying however is the general level of unawareness about the fundamental Dharmic principles behind the Sabarimala case, principles which apply across Sanatana Dharma. Therefore, this article does not focus on the legalities of this case as such, but the key Dharmic principles obscured or ignored in the discourse surrounding this issue.

The Temple is Not a Public Space

Temples are not spaces where people gather together for communion. A temple is the abode of the devata, who has been invoked through prana pratishtha during the temple’s consecration. After consecration, the Devata lives in the murti and the temple is His/ Her abode. Therefore Sabarimala, Ayyappa’s abode, his writ runs, whether it pleases one’s modernist ideals or not. If this idea sounds outlandish, you can choose not to subscribe to it. In that case, as you are not a devotee, you have no business getting involved anyway.

There is No Question of Rights in a Temple

The construct of rights simply does not mean anything in the context of a temple. At His abode, you serve at the pleasure of the deity, if he wants it and definitely how he wants it. There is only adhikaratva, not rights.

How does one know what the Devata wants?

To understand the will of the deity of a particular temple, we refer to the Agamas that govern the functioning of the temple. They clearly describe the processes to be followed in that particular temple. The Agamas are not ‘mythology’ or irrational medieval remnants to be washed out with progress.

Why Should One Respect the Agama?

The Agamas describe how a particular deity is to be invoked, how the consecration is to be maintained, what the specific dimension of Shakti invoked is, and the processes to benefit from the presence of the Shakti and what is to be avoided. Therefore it’s important to understand Agamas as manuals describing highly specific processes to manifest Shakti to create specific effects than as a set of arbitrary commandments. Taking an analogy, the Agama would be closer to a user manual to manage complex technology than to a piece of fictional literature.

Further, it is the Agama that reveals the various forms of deities. For example, the Shiva Agamas describe various facets of Shiva from the lovable Bholenath to the utterly terrifying kalabhairava. What works with one form will not work with another because the nature of each Shakti is different. It is through the Agama that we come to know specific forms of deities, how they are to be invoked and what processes have to be performed to sustain their presence and derive wellbeing for all. Improper processes can at best lead to no benefit for devotees. In some cases they can cause terrible damage. This is not an arbitrary ‘wrath of god’ but rather the consequences of not handling Shakti properly.

Without Agama, we would not know our Devatas

Without Agamas, we would not even know there is a devata called Ayyappa who resides in Sabarimala, let alone how to worship him. Taking one part of the Agama and believing in Ayyappa but rejecting what doesn’t suit our ego investments can only be termed as idiocy and hubris. It is an Asuric mindset to say that I will violate the will and express intent of the deity in every way because I love them. In human terms, this would be termed assault. Fortunately, most Devatas are usually much kinder about human madness. Not all of them and not always, however.

The Discourse Assumes That Ayyappa is Fiction

The nature and tone of the discourse and the judgement clearly take for granted that Ayyappa is fiction; fiction that a group wishes to follow and the courts and discourse will endearingly try playing along. There is no other explanation for the fact that in the very abode of the deity, his will is violated. The assumption seems to be that since Ayyappa is merely imagined, the way children have imaginary friends, he can be reimagined in any which way. Therefore, why not create a ‘new mythology’ more palatable to our current tastes? For devotees to whom Ayyappa is a living reality and not some imaginary friend, this is a clear problem.

Marauders with No Skin in the Game

A sickening aspect of this sordid episode is people who have no stake in the lived reality of millions barge in and disrupt what means the most to them. People who wouldn’t have heard of Ayyappa till a few years ago, let alone cared, are the ones who approach courts and intervene in the lives of practitioners. This despicable pattern has played out in Shani Shingnapur and multiple other places. The voices of the women devotees, the ones to whom entry to the temple was supposed to matter were ignored amidst the din raised by elite banshees. Lived practices and ways of life were brutally trampled upon by a deracinated, mentally colonized, modernity worshipping bunch of elites who imposed their worldview simply because they could, because they wield power and because they drink the cocktail of hubris, certain of their virtuosity.

The constitution, the Nation-State and Dharma

The constitution and the nation-state construct are products of a specific historical context in Europe. They are the result of the secularization of Protestant Christianity. The word nation is biblical in origin and stands for one people united by blood, and the constitution is a secular, human stand-in for the divine Holy Book. By their very nature, they are Abrahamic memes. Some ideas ingrained in these are inimical to the nature of dharma traditions. Consider, for example, this idiocy about defining “essential practices of religion”. The idea fits well with Islam and Christianity where there is a strong notion of uniformity, conformity and sameness. The one true book, the one true prophet will show the one true way. Hinduism is a family of extremely diverse plural traditions, each with their own sets of practices and ways of life. This architecture is fundamentally incompatible with the notion of “essential practices” that the constitution and the Macaulayputras try to shove down its throat. Before our eyes, Hindu dharma is being forced into shapes it does not fit into. It’s being hacked and hewed to make an artificial Abrahamic religion from its diverse plurality.

The attempt, as the missionaries and Rammohun Roy once did, is to make a “respectable religion” emerge from this many-headed, barbaric, regressive monstrosity; to make a continent receive the light. The colonial missionary playbook emerges under a different garb.

Hindus, a Minority within Their Own

Many Hindus have such a poor understanding of their Dharma that it never ceases to baffle. Many who call themselves Hindus do not understand what a devata is, what a murti is and what a temple is. At best, many say some vague garbled we-are-all-one pop-advaita or that murtis are merely symbols to concentrate. Practicing Hindus, who know these innate truths from organic lived experience may actually be a minority today. It is time to recognize this reality.

The Cruelest Cuts Come From Within

The cruelest cuts of all do not come from Marxists or from Abrahamic corporations that will make you kneel and follow them or else. The most fatal cuts come from within, from Hindus who lash out in a deranged, possessed frenzy of reform and progress and worship at the altar of modernity. This illness has to be recognized and dealt with first.

I am personally convinced that the greatest dangers to Sanatana Dharma today come from non-practicing Hindus themselves. If one does not understand dharma, live dharma and follow practices of a dharma tradition, he or she is not a Hindu. And, as such, they should have no locus standi to speak on behalf of the community. A clear difference has to be made between being a nationalist and being Hindu. Being a nationalist does not make automatically make one a Hindu. Those who don’t have a clear understanding and living practice of Sanatana Dharma unwittingly end up being a part of the problem. This is not to disparage the idea of nationalism or the work of nation-building, as understood in the Indian sense.

Turn to the Devas. Learn to Humbly Invoke Them

The forces that swirl around us for the next few decades seem very ominous for Dharma. Many dharmas that were commonplace and easy to practice are increasingly becoming close to impossible. I strongly believe that the game has to be played at a more fundamental level, by invoking those beings who operate beyond the curtains and shape human affairs and the future of humanity. In other words, Hindus have no one to turn to but their Devatas. And it is only the gods today who have the power to protect us and dispel these tamasic winds swirling over Bharatavarsha. We have depended upon them and survived only because they watch over us. It is time to invoke them again.

May the guru paramparas and the devas guide us. May Sadashiva bless us, may Vishnu sustain dharma, may Devi bestow us with Shakti to fight for dharma, and may Kartikeya lead the Deva Sena. Let us turn to our gods and learn to invoke them, with utter humility. They are the only true hope we have. In fact, they were always our only guardians.

As the bhaktas would say, Swamiye Sharanam Ayyappa!